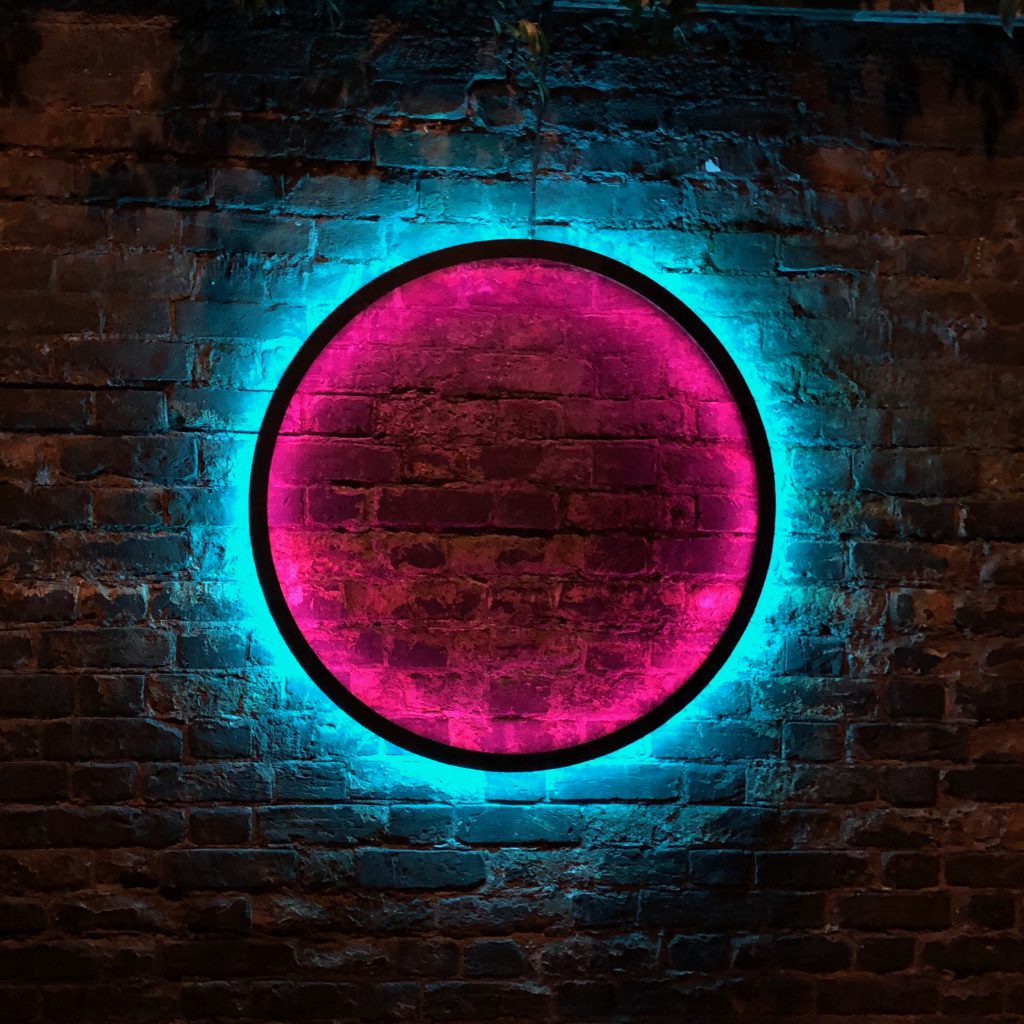 Chilly weather and a lack of sunlight are two reasons not to go out in January, however, the 2018 installation of the Lumiere London Light Festival gave me a reason to explore London for a few hours on a Friday night.

Lumiere runs until January 21 and is a free exhibition spanning various areas of London such as King’s Cross, South Bank, the West End and Mayfair, where the brightly colored pieces light up the hearts of Londoners on a cold January night. Information can be found here.  Below are some of the most uplifting and intriguing pieces from this year’s exhibition. 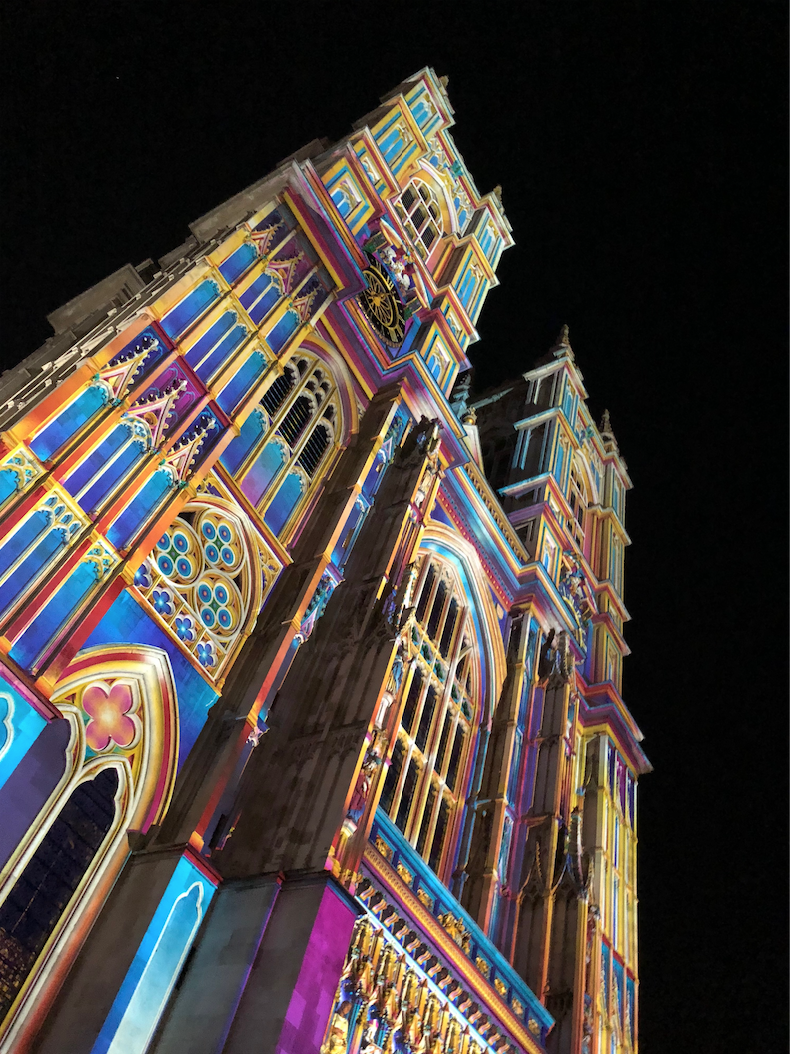 I was so fascinated by the transformative nature of this piece and how light can make an over 1000-year old architectural feature like Westminster Abbey into a intricate modern masterpiece through the bright hues projected onto it. The Light of the Spirit shows an iconic building of London used as a canvas. 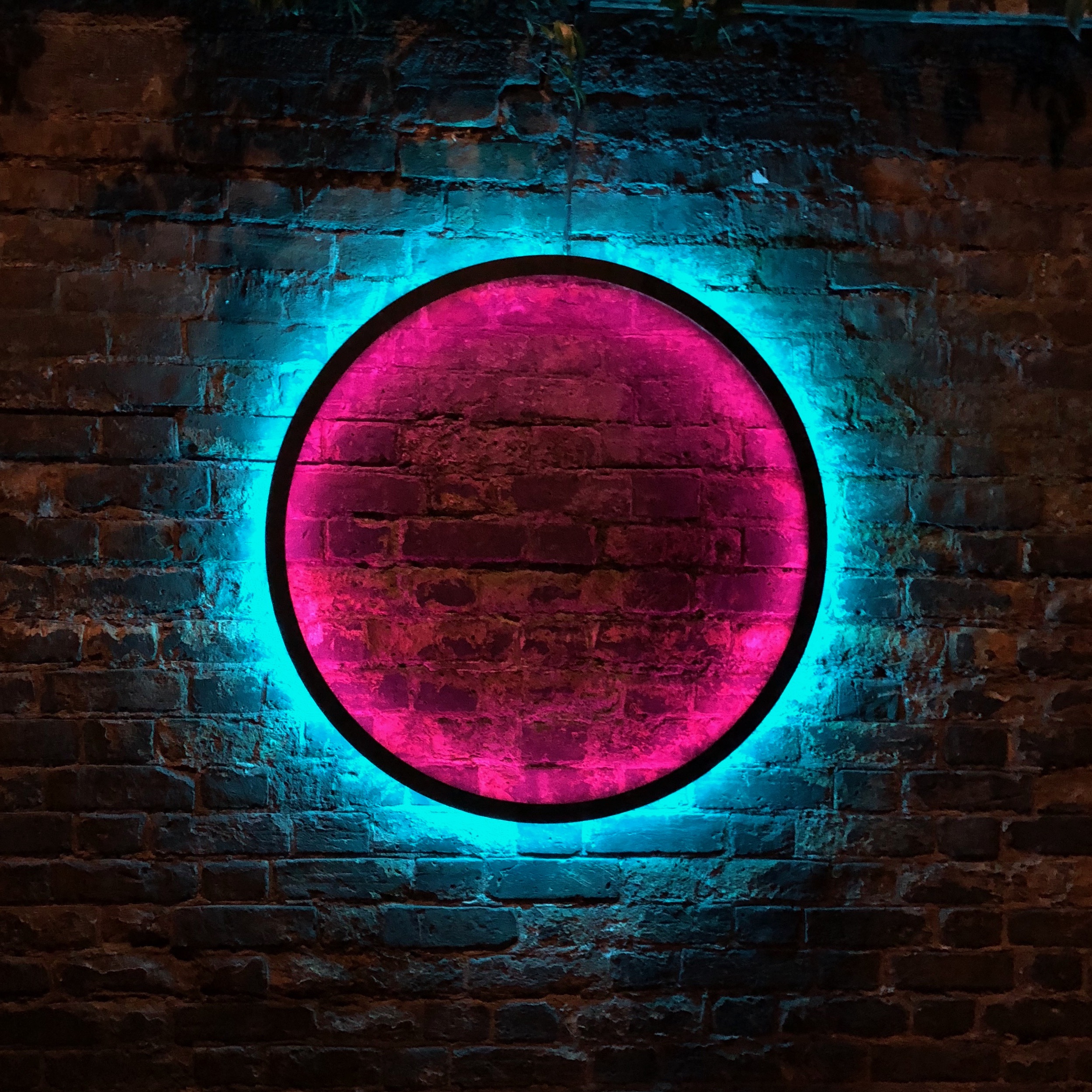 Harmonic Portal’s changing of various bright colors, gathered crowds of people to try to understand its meaning. Between the crowds of tourists and the art itself, it was uplifting to see London in a new light. 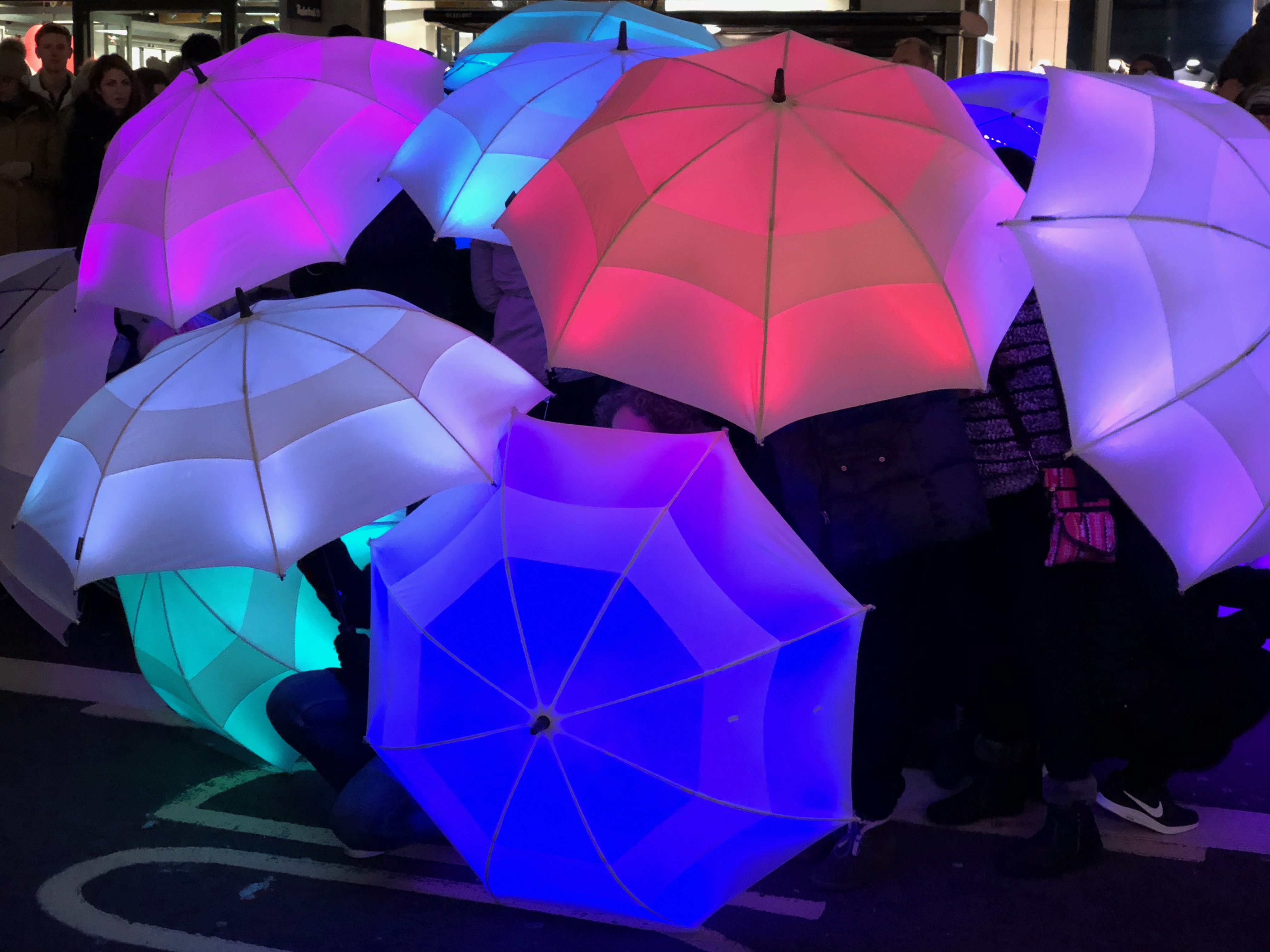 Perhaps my favorite aspect of Lumiere this year was its use of people and movement as an artistic medium. As their signature piece, The Umbrella Project is featured across London as a choreographed performance. 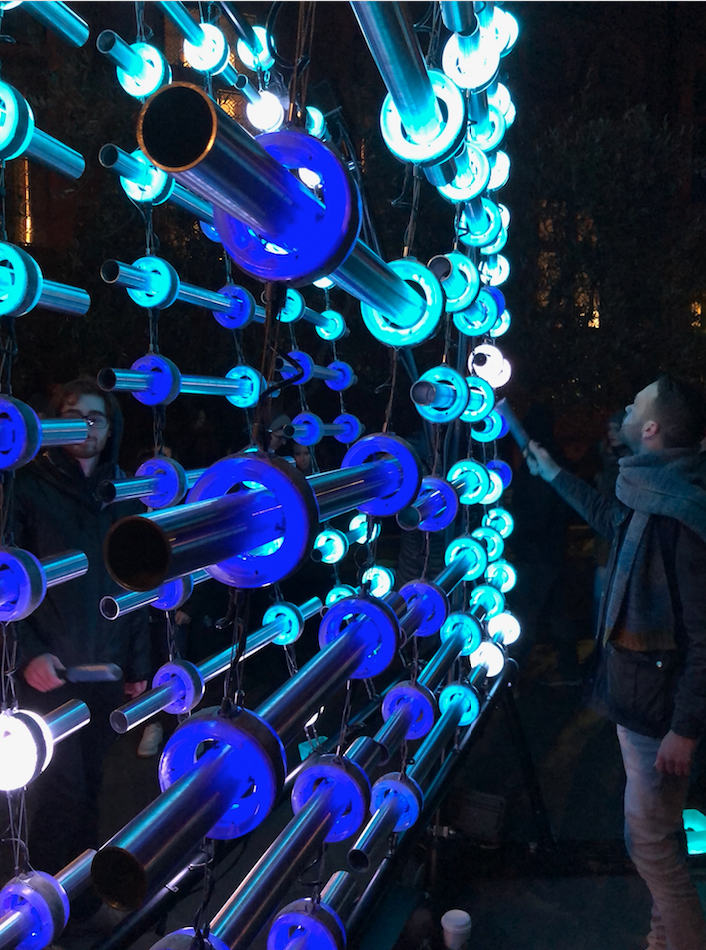 The Illumaphonium is a 100-piece illuminated sculpture, which seamlessly connected the mediums of light and sound in an interactive instrumental piece. This was the most successful interactive piece because I enjoyed the simplicity of combining light and sound. 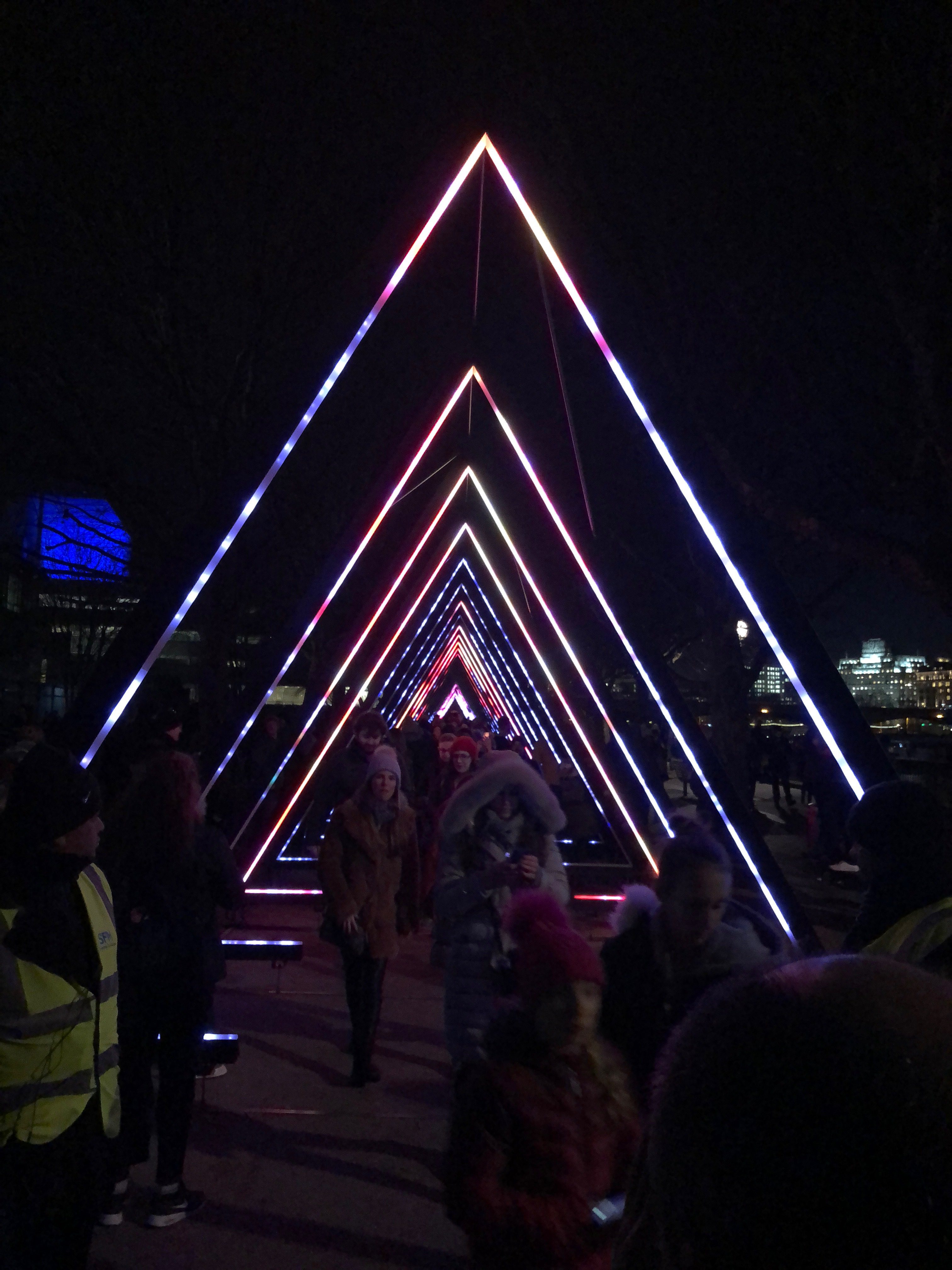 Designed as a “beacon of light in the ongoing darkness of winter,” The Wave utilizes 40 identical triangles leading participants through a tunnel of light, creating an impactful and interactive piece lighting up the South Bank area.