The Crown takes its reign 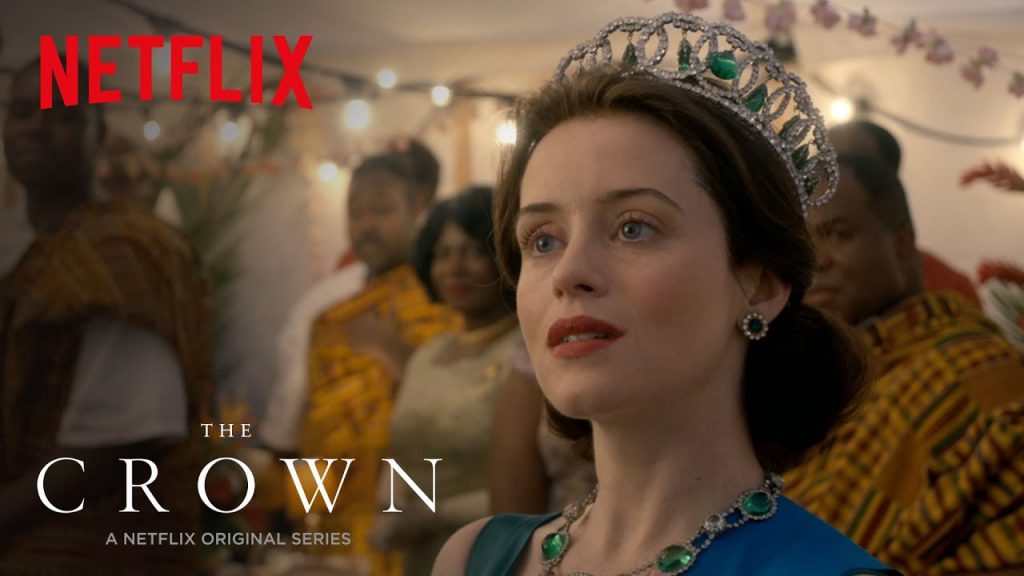 Initially, ‘The Crown’ depicts itself as a television show aimed at adults rather than young students due to the historical references and lack of relatable events. However, upon watching this program last year I discovered that although one may not be able to relate to the issues the Royals face, the audience forms an unexpected admiration for the characters.

Season 1 dove into the untimely death of King George VI and focused on the consequences his daughter, Queen Elizabeth II, faced in 1952. The season captivated many and led to the show’s immense success. Coronations, scandals and world tours piqued the interests of viewers all around the world. In the initial season, Elizabeth is forced to confront conflicts within her family and in the political aspect of Britain. The season introduced Princess Margaret, played by Vanessa Kirby, and a divorcee’s secret relationship, causing her bond with Elizabeth to be strained. At the same time, the young Queen endured the challenges of post-war Britain. Claire Foy successfully showed the struggles the 25-year-old Elizabeth dealt with while preparing for monarchy through her subtle emotions and brave facade. Despite the show only having two seasons so far, Foy’s acting has already established deep connections between the audience and her character.

Going into the show without any background knowledge of the Royal Family led me to become quickly captivated by the characters and storyline. Despite Elizabeth being the primary focus of the program, it was Prince Philip, portrayed by Matt Smith, who intrigued me. His charm, humor and modern outlook on the monarchy enthralls audience members and leads the character to become quickly loved.

Season 2 explores Philip’s past further, explaining unanswered questions from Season 1, such as what Philip’s family was like. The show gives details on young Philip’s strained relationship with his absent father and schizophrenic mother and creates deep sympathy when he loses his beloved sister. Smith’s depiction of Philip is particularly enthralling due to the amusing facade he uses to hide his scars and resentment.

The recent season scrutinizes Philip’s relationship with his son, Charles, concerning his new school and position in the monarchy. Viewers see another, controlling, side of Philip desperate for his son to follow in his footsteps, however difficult they were for him. The anticipated confrontation between Elizabeth and Philip draws the audience into their strained marriage and influences the audience to feel conflicted between both characters. The Queen, who faces humiliation due to her reckless, and possibly unfaithful husband, causes the audience to sympathize with her. Philip, who faces embarrassment by being outranked by his 8-year-old son and wife, reveals his unappealing side to the viewers.

Following the initial season’s weave of private and public matters, Season 2 delves into royal relationships, the deterioration of the Commonwealth and the modernization of Britain after the war. Princess Margaret’s new marriage to her questionable husband spikes scandal in the palace and combines well with the political concerns in Britain. Although relationships remain unstable throughout most of the season, writer Peter Morgan is able to convey significant events with fluency. From Kennedy’s assassination to the discovery of a scandal involving the abdicated king, ‘The Crown’ captivates your attention through its emotional depiction of historical affairs.

Peter Morgan’s screenwriting influences the viewers to have ambivalent feelings towards all characters. Elizabeth’s strength compared to her conformed ways. Philip’s charm compared to his selfish actions. Margaret’s loneliness compared to her modern outlook. This is what truly captivates the audience as we are forced to see the perspectives of what originally seems one dimensional. The occasional humor and unexpected moments intrigue the audience to watch further into this accurate historical interpretation of Britain’s royals.

The show is enlisting new stars to replace the current royals due to the requirement of older actors, so Foy’s reign as Queen Elizabeth is coming to an end. However, it is no understatement that the new characters will have to follow a complex and captivating performance.