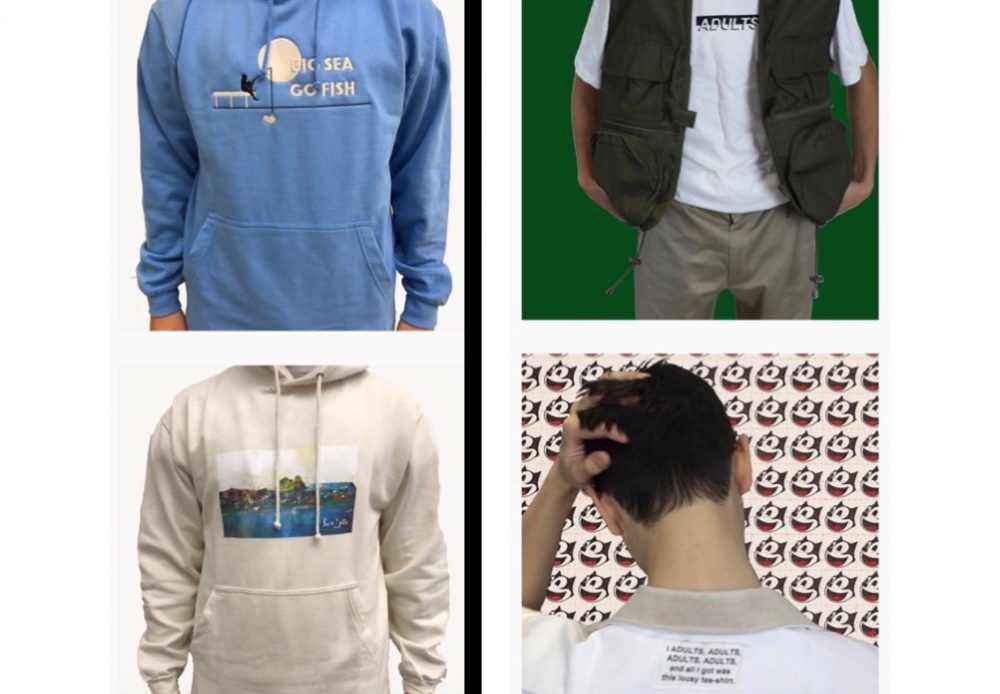 With long-standing interests in fashion, design and entrepreneurship, both Chris Von Daehne (’18) and Charlie Park (’20) have created their own clothing lines.

Park launched Adults London at the end of Grade 8 in 2016. Initially, he was unsure how to begin or to make a successful brand, however, he knew he wanted to pursue fashion. “I came [to London] from Hawaii so the fashion scene there is not that big, so I saw a bunch of new fashion when moving and I [decided] ‘I want to get into this’,” he said.

Von Daehne launched Parlays on Payphones this past summer. With a brother, Alex (‘15), in the industry, Von Daehne was familiar with how to create and produce a clothing brand. “I made [Parlays on Payphones] because for the past few years I have just been making clothing for fun and I wanted to experience what it was like to start a company and a brand,” Von Daehne said.

Park owes his inspiration for creating the brand to the GoogleDraw application. “I found the GoogleDraw program hidden within the Google Drive, and so I started playing with it and I made something and I was like ‘wow, this is cool,’ so I put it on a shirt, and then did that a couple more times and suddenly I had a brand,” Park said.

After producing the first haul of shirts and sweaters, Park found immediate praise amongst his friends and family. “[My] friends have been super supportive, that’s how I grew an audience,” Park said.

Similarly, when Von Daehne released his collection and website, he also found encouragement, explaining how he is “so lucky to have a lot of support from everyone.”

Von Daehne credits his brother as a source of inspiration, however, his interest began when he was younger. From a young age,   “I wanted to create something. I wanted to make something that was unique [to] call my own,” Von Daehne said.

Von Daehne cites the foundation of his brand to his interest in art and design. “Most of the designs I have are just photos or art that I created and wanted to find a way to present in a different, more interesting format than just having a print or a painting itself,” Von Daehne said. “So I thought the best way to do that was to put it on something wearable and which could be seen more easily in everyday life.” 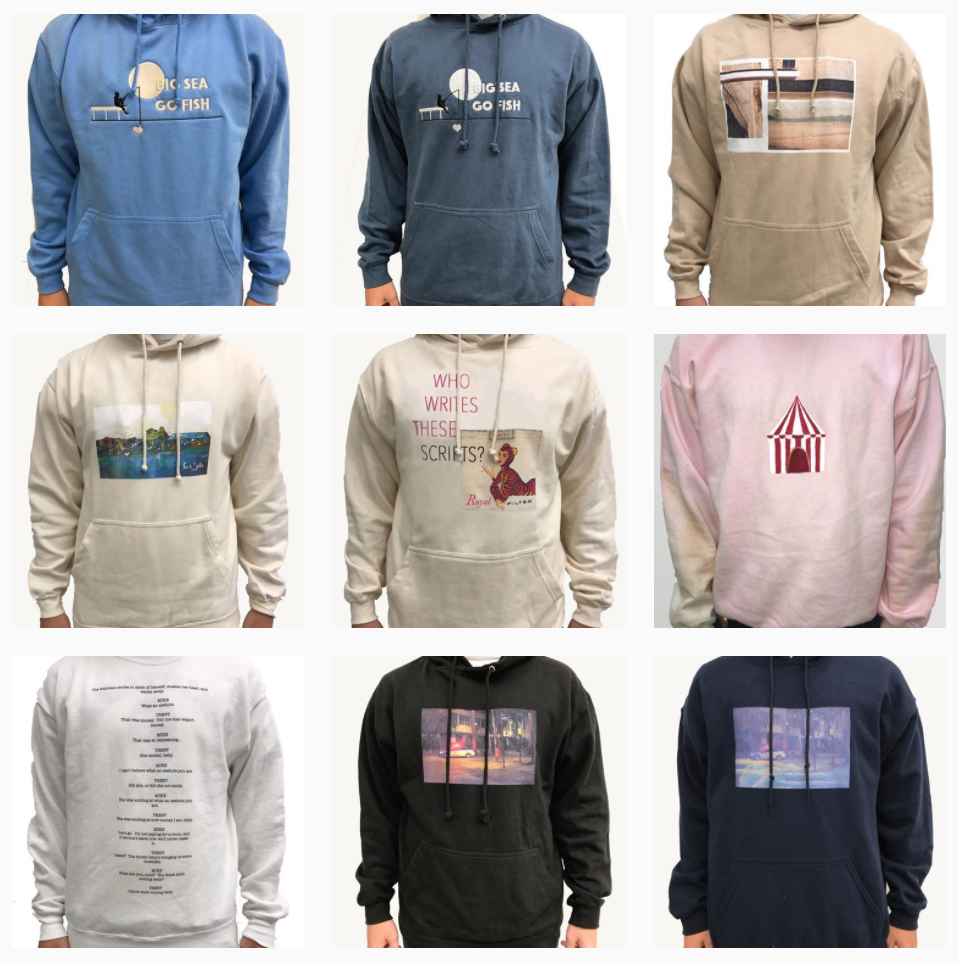 Though it might not be obvious from the name, Park believes his brand’s primary audience is teenagers.He said that the themes he uses when designing for Adults London “are growing up and the impending realization that you are going to have to be an adult one day and have to pay taxes or have a family.”

“The name ‘Adults’ is not really about age, but the idea of being forced to grow up and have some kind of desk job,” Park said. “I sort of feel like I’m always inching closer to being forced to make a decision to give up any creative aspirations in order to be a responsible adult.”

As Park continues to expand his line, he has begun working with technology such as screen printing, which allows him to apply graphics directly onto clothes. In terms of production, both Park and Von Daehne outsourced factories in Manchester to print and embroider their clothes. After receiving his clothes from the factory, “I would often alter the clothes myself, so I would get something printed and then cut that out and put it as a patch on something,” Park said. 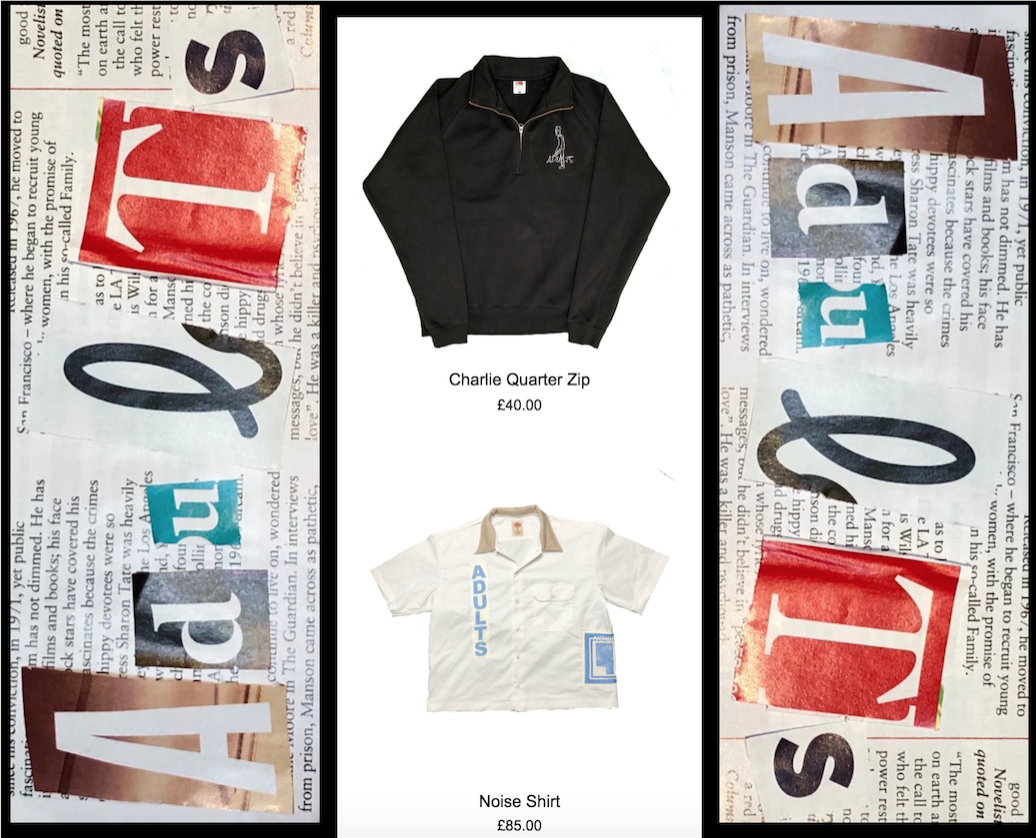 Park sees the future of his brand as an uphill climb and hopes to pursue fashion as a career. He explains that he plans to create new lines as he grows older since “the whole idea behind Adults is being a kid and the struggles of growing up, but once I am older that won’t really apply.”

In contrast, Von Daehne is unsure whether “[the fashion industry] would necessarily be [his] sole purpose of a career.” However, he is eager to continue to grow Parlays on Payphones throughout college.

In order to facilitate the growth of their brands, Von Daehne and Park use social media as a means of promotion. “I have an Instagram account, and I am working on running Instagram ads and Facebook [ads], and contacting some people within the fashion industry and scene, and network through them,” Park said.

At the moment, Von Daehne uses Instagram to advertise Parlays on Payphones, however, his current goal is “to expand [the brand] as much as possible, expand the exposure and recruit a larger following on social media.”

Both Park and Von Daehne believe that starting their own clothing brands have been exciting and rewarding parts of their lives. “I would say that if anyone is thinking about [starting their own brand], then you might as well try it. If you aren’t sure if it is going to work out, it’s still a good experience to have,” Von Daehne said.