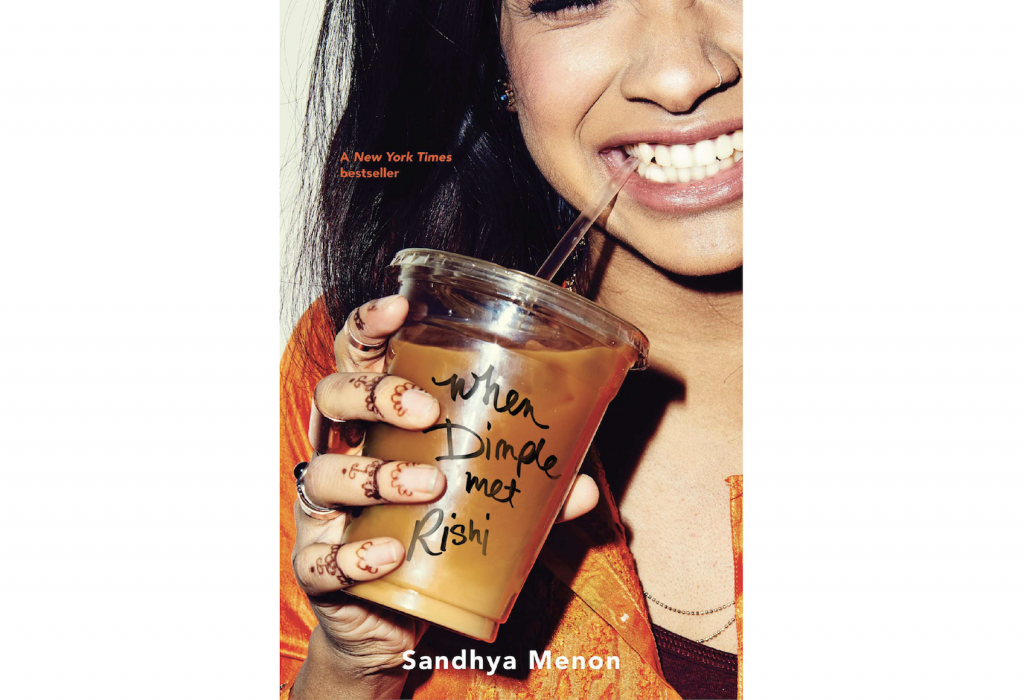 When Dimple Met Rishi by Sandhya Menon is an interesting read with a insight into Indian-American culture. Dimple Shah is an Indian-American teen going into her freshman year at college. The book begins with her at a summer program for web developers. Dimple is starting school in the fall to study web design and she sees it as a way to jump start her career. Her mother, on the other hand, wants her to find the “Ideal Indian Husband” and get married. Little does she know that her parents have arranged for her to meet and eventually marry, Rishi Patel, who is also attending the summer program. The central conflict of the novel revolves around the arranged marriage. Rishi wholeheartedly believes in arranged marriage. Dimple on the other hand is against this idea and she feels it will limit her independence. This leads to a confrontation when they both meet as Dimple was not informed of the arrangement.

This starts a whirlwind deal with them becoming partners and working together to develop an app to make diabetes in older people more manageable. This plot eventually falls to the wayside to explore more of their relationship and introduce more subplots, which is a shame.

It becomes more focused on the romance and the adventures in San Francisco rather than the development of the app. They explore the city and get to know each other and how their cultures affect how they see the world. As the characters start to struggle with their identities, the relationship seems to go from casual to in love very quickly to make individual growth more effective which makes the story feel ingenuine.

The ending feels rushed and forced with a “fairytale” aspect where everything ends up perfectly.

Throughout the book, hindi words are used to describe things I was unfamiliar with. However, this did make it feel more realistic and sparked my interest to learn about about their culture.

While I enjoyed getting a better understanding of Indian culture, especially how second generation immigrants feel about it, this did not overshadow the glaring plot holes and general underdevelopment of plot. The 380 pages didn’t take long to digest but it still dragged on. While it may give an insight into a new and different experience, I would not recommend this book.