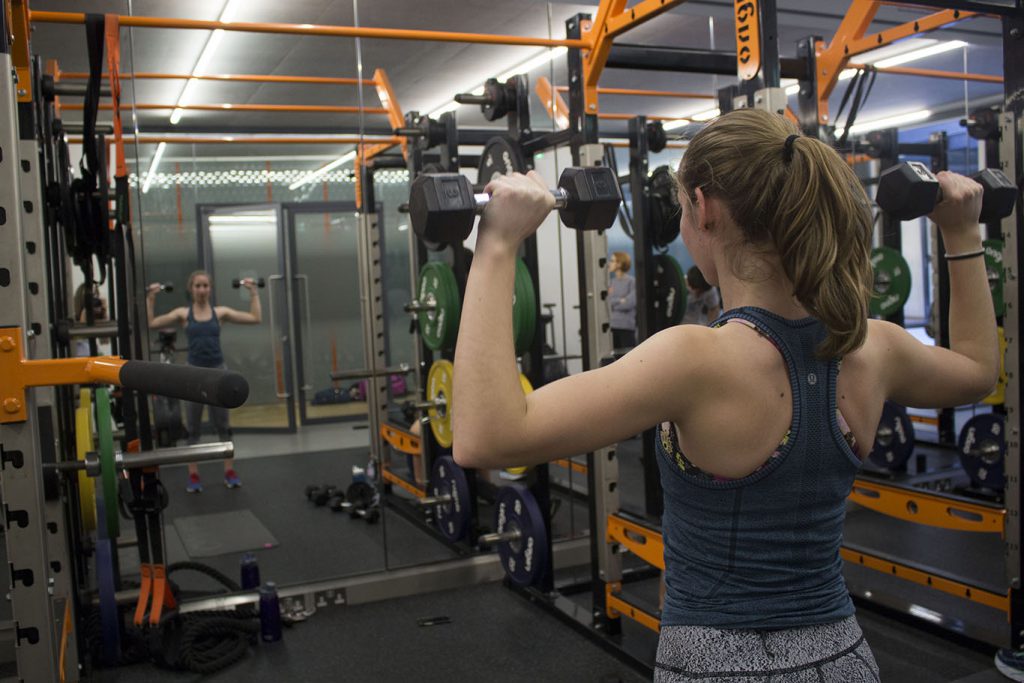 Walking into the fitness center and seeing free benches and weights, Grace Heinrichs (’18) feels motivated to workout. She feels like the “girls gym”, a dedicated hour and 15 minutes when the fitness center is only open to females, gives her a designated time to workout each week.

Heinrichs believes it is a great opportunity for girls to use the fitness center. “I think it’s a really nice way for other [girls] to be more comfortable going to the gym,” she said.

The “girls-only” hour is from 2:15-3:30 p.m. on Wednesdays after school.  Athletics Director John Farmer said the process to get the hour in the fitness center was simple and the only challenging part was figuring out which day.  They ultimately decided on a Wednesday after school because a lot of the sports teams have practice then.

Isabella Farina (‘19) originally had the idea after her friends told her they felt insecure in the gym. She then spoke with Fitness Instructor Lucia Glonekova, who brought the idea to Farmer. “I wanted to have one hour just for the girls to give them an environment they feel more comfortable with,” Glonekova said.

Glonekova believes that with the dedicated time she is able to teach female students various fitness techniques with no pressure from the male students and teachers that would otherwise be in the fitness center. “When guys come they go to all three benches,” Glonekova said. “[During the hour] there isn’t as much use of equipment so the girls can use the bars.”

Heinrichs agreed with Glonekova and finds the environment less tense. “It’s a good chance for me to be able to use as much equipment as possible without a lot of people there,” she said.

Gabriel Menzies (’20) thinks that if the girls are uncomfortable being in the gym with other guys, then there is a need for a “girl’s-only” gym.  On the other hand, he said that nobody ever asks the guys how they feel working out with girls in the gym.

Farina recognizes why some male students are angry to lose the time in the gym, and admits that she “would be angry if there was a ‘guy’s-only’ gym.”