The Standard • 3rd May 2018 • https://standard.asl.org/10823/sports/lacrosse-program-continues-to-lack-participants/ 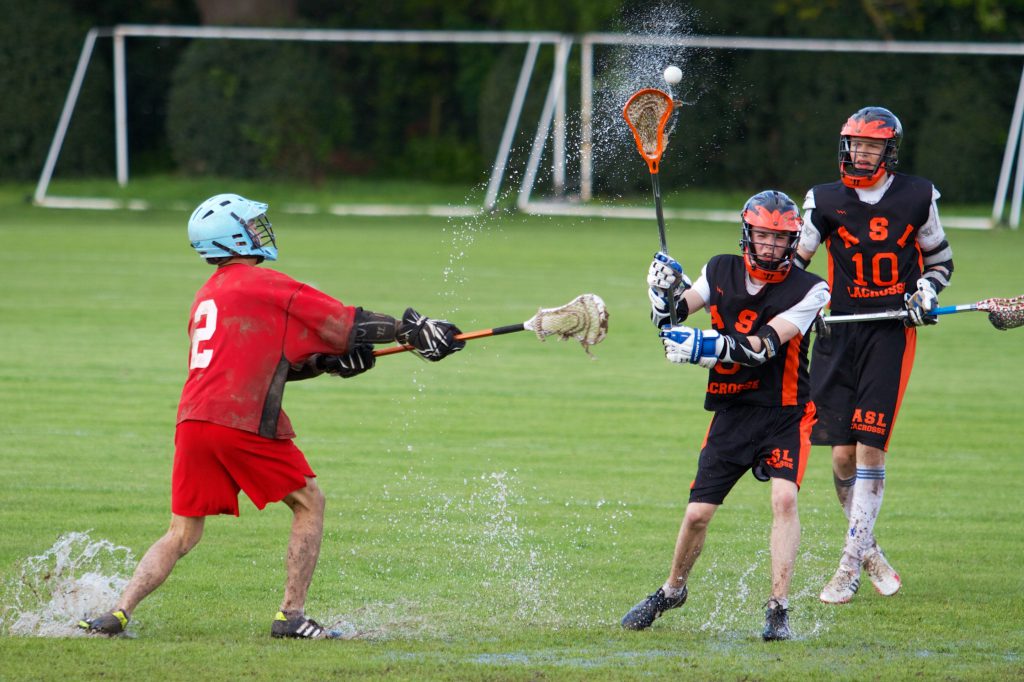 Following their last appearance in the 2016 spring season, interest in the lacrosse program continues to dwindle, forcing its suspension for a further year.

Enthusiasm for lacrosse among students has depleted in recent years, and this trend continued this spring resulting in the cancellation of the program for another year.

Athletic Director John Farmer has watched students’ passion for the sport intensify and then dwindle since his arrival in 2014. “[Four] years ago, I was dead wrong when I predicted that lacrosse was going to be our biggest growing sport, and that other spring sports were going to fall by the wayside,” Farmer said.

Lacrosse was both a boys and girls varsity sports offering during the spring of 2015 and 2016, but there hasn’t been enough student interest to crate teams the past two seasons. “Sign ups dictate what we do and don’t have… If there’s no one who wants to play [lacrosse], I’m not going to sit there and bang a drum telling people they need to come play it,” Farmer said.

When the lacrosse program was thriving, practices were held regularly at Canons Park and both teams played games against TASIS and British club teams, as well as participated in tournaments.

Middle School Director of Student Life Payson Bullard coached the varsity boys lacrosse team during its existence, and believes that the teams never reached their desired level. “We didn’t get enough momentum to make [lacrosse] an ISST sport, and I think that ultimately hurt the development of the game at ASL,” Bullard said. “The legitimacy of the ISST tournament and potentially being competitive in that tournament is a real magnet for kids wanting to play the sport.”

Another issue the lacrosse teams faced was the range of abilities present on the field. “We would have kids who had 10 years of experience and kids who had 10 minutes of experience,” Bullard said. “It’s not a game like basketball where kids might have early and frequent exposure… Lacrosse is a much more specialized skill set.”

Caroline Kopfler (’15) was instrumental in creating the girls lacrosse team in 2013 before it became a varsity sport. “It was exciting to see that many people interested, trying and challenging themselves,” she said.

Ryan Lazar (’19) played on the varsity girls lacrosse team her freshman year when there was enough interest to have one, having never played before.  She originally did it to try a new sport. “I did it as a learning experience and to try something new,” she said. “It was a pretty developmental team, so a lot of players were going through the same process [as me]. There was a similar team dynamic, that made it feel more welcoming.”

However, Lazar began playing softball the following year, as many of her friends were switching from lacrosse as well.

One of ASL’s experienced lacrosse players, Jack Severino (’19) who has played lacrosse since Grade 3, and loves the sport because of “the creativity and freedom behind it. [Lacrosse] takes aspects from every other sport that I can think of and it puts them together in [one] game. There’s so much you can do.”

Severino was an assistant coach for the Grade 7 and 8 girls lacrosse team last school year. This winter he helped coach the Grade 5 and 6 lacrosse after school program. He hopes that by helping to build the program at a younger age, it will eventually be revived. “Those basic skills, they’re not very natural, so you have to work on them for a while. That’s why I’ve been helping out the younger kids. Once you get them started younger, it encourages them to keep with the sport,” Severino said.

Bullard believes that the best way to promote lacrosse in middle school is to have a prominent high school program. “If a kid wants to play basketball in the Middle School, they can go to the Farmer gym and see a really fun High School basketball game, and they can picture themselves on that court in two years,” he said.

However, when a middle school student decides to play lacrosse without a future high school program, Bullard believes that “it’s like choosing to go down a dead-end road… It’s a little bit of the chicken versus the egg because in order to get the high  school program we need to develop the middle school program.”

Although Bullard believes that not having a High School team affects the Middle School students’ motivation, Severino thinks that some of the Middle chool students he’s been working with could take it on themselves to restart the program. “I’ve been working with some of the kids both years consistently so that shows some interest there,” Severino said. He hopes that the middle school students he coaches will eventually become high school lacrosse athletes.

Without an ASL team, Severino currently plays for a club lacrosse team called Spencer Lacrosse London, but believes that playing on a school team is optimal.  “It definitely isn’t the same experience as a varsity school team,” he said.

Severino plays with adults rather than students his age, and he explained that he is less motivated because he isn’t representing his school. When Severino applied to ASL in 2016, he assumed the lacrosse program would “pick back up again,” since he had competed against the vibrant ASL boys team when he previously attended TASIS.

When Kopfler was organizing the first girls team, she put posters on the walls, made morning announcements, and collaborated with the athletic department as well as having meets with prospective players in order to make a comprehensive and official team. “You have to be proactive and… motivated,” she said. “It just takes people with leadership and people advocating for another program.”

Severino believes that more could have been done to create teams this past spring, and he envisions starting a lacrosse club early next year to let both male and female students become acquainted with the sport.

Farmer and Bullard are willing to help students who are passionate advocates for lacrosse and restart the program if there is enough interest. “If the kids want it to happen… we would do our best to make sure we could accommodate that interest,” Bullard said.