Life through the ‘coaching paradigm’ 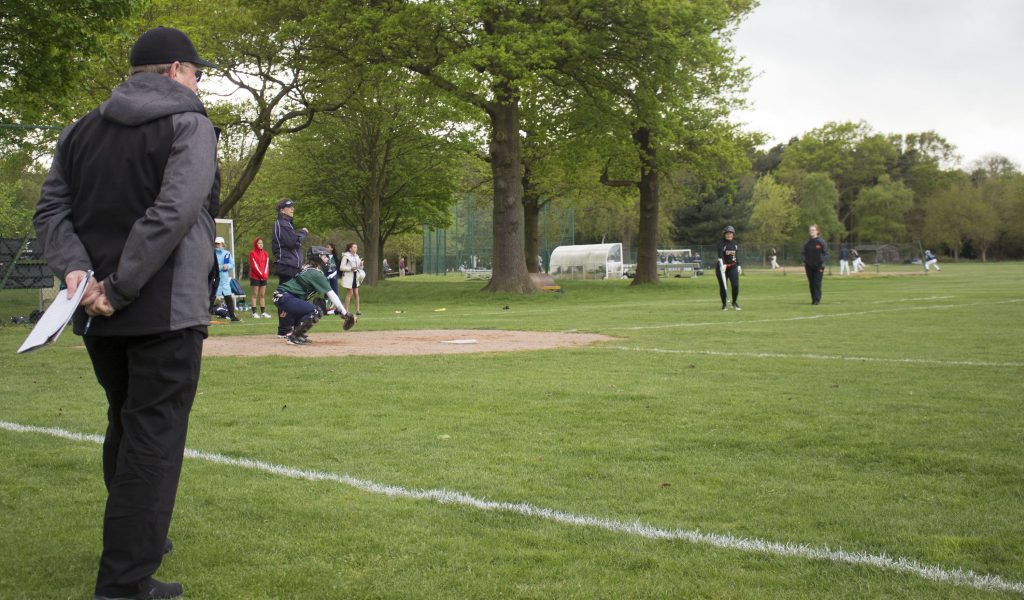 Teaching and coaching go hand-in-hand for Randy Richardson, both the Varsity Softball and Varsity Field Hockey Coach. Taking on a variety of roles as an educator, in both academic and athletics fields, Richardson speaks on the power of sports and necessity to take hold of opportunity.

I’m a country boy in terms of my beginnings” Varsity Softball and Field Hockey Coach Randy Richardson remarked as he reminisced over his childhood in the Berkshire Mountains of western Massachusetts. Living his childhood in a pre-American Revolutionary War farmstead that was “half way up what was called a mountain but was really a tall hill,” Richardson, a new coach and substitute teacher this year, grew up in “a little island of nature and farm animals,” where “the nearest neighbor was one mile away as crow flies.”

Now far from these pasture lands, Richardson has been forced to adapt to the busy and active city of London, as his arrival in England and the ASL community came by following his wife, Director of College Counselling and Academic Advising Anne Richardson, for her new role this year. During the interview process, Richardson stumbled upon an opportunity to coach field hockey and softball, two sports intertwined with his life since his days teaching around the East Coast of the U.S.

Involved with coaching since university, where he took a course on the psychology of coaching, Richardson has balanced being a coach and teacher throughout his professional career. While field hockey and softball occupy his time in London, his pursuit in coaching originally began with alpine skiing. “Growing up in that farm house, there was a ski tow nearby and I have been skiing since I could walk,” he said. “I began coaching my first year in college to continue my involvement in the alpine racing community and to supplement my meagre student income.”

Richardson is an accomplished alpine racing coach, having received a USSA Regional Coaching certificate after working with a variety of schools and clubs.

While employed as an English teacher at Hamden Hall Country Day School in Connecticut, Richardson began coaching softball as the school did not offer a skiing team. This passion for softball is still in full flourish today, yet while this duo of skiing and softball was well suited for Richardson, it was field hockey that made its mark on his life. Lightly laughing as he told the story of what was “a completely coincidental love,” Richardson found a passion for the sport after being mistakenly put down as the assistant hockey coach while teaching at this school. “I went to the athletic director and said, ‘excuse me, there’s obviously been a mistake here. I’ve never played field hockey’,” he said. “And he said, ‘that’s OK we’ll get you a book’.”

Initially confused and wondering how to get out of this situation, it was at the first practice where Richardson began to explore what was to become one of his main passions. Messing around with a ball on the sideline, while the team worked through their conditioning exercises, he found immediate interest. “Having been given a stick, I started applying it to the ball and hitting it around…and it was as if I had found a new home,” he said. “It was transformative.”

Through coaching, Richardson has been able to keep these sports close to heart, and in doing so his knowledge about the fundamental ideas of sports has grown tremendously. Engaging with sports as a player, coach and student, Richardson has seen the impact of participation in athletics on the development of many  people in a variety of circumstances. “When one involves him or herself with sports, their values and their personalities are revealed, especially to the degree that they are committed to the game,” he said.

This scope into how athletics “reveals the character that you have” intrigues Richardson, and he feels that coaching enables him to help students bring out their best selves and take hold of chances. “The beauty of when you’re in high school is that you still have opportunities to shape your essential foundational personality,” he said. “You have opportunities to test the beliefs that you had when you were much younger with the experiences you are currently engaged in and the realm of sport is a safe realm where you can fail with safety and learn from failure.”

Richardson’s focus on improving the wellbeing of students has weaved its way into his work through both coaching and teaching. Before coming to London, he spearheaded a project in Maine to develop an alternative school for children whose circumstances in life, whether financial, social, or familial, were “interfering with their ability to continue with their education.”

The project worked with students across all grade levels and saw tremendous growth alongside its success in helping individuals within the community. Assisting  families based on the situation, for example bringing children back into educational programs. offering support services, or more extensive involvement with providing tutoring, Richardson worked with a team to “ensure that children who wanted another opportunity to come back into the school system had a chance to do so.” His participation in the project extended for three years before leaving for London. Now working as a substitute in the High School, Richardson continues to aid the ASL community while upholding the same values he worked toward in Maine.

Learning more about one’s self has been a vital part to Richardson’s career in both the athletic and educational fields, and he sees coaching and teaching as synonyms  in terms of the effect on the psyche of students. “Coaching is another form of teaching and in my humble opinion the best kind of teaching is through the coaching paradigm,” he said.

Able to explore his own interests through the work of his professional career, Richardson has put his beliefs in the power of athletics and coaching to the test over the course of his life. Side by side with Anne Richardson, and now following her lead at ASL, Richardson remarked that while invested in all aspects of his life, his home lies not in the Berkshire Mountains, classroom, nor field hockey pitch, but rather where his wife resides. “Home for me has changed, for a while it was a place,” he said. “But ever since I met Mrs. Richardson it has been where Mrs. Richardson is. It is absolutely, fundamentally and in every way possible, true.”