Commitment beyond the classroom 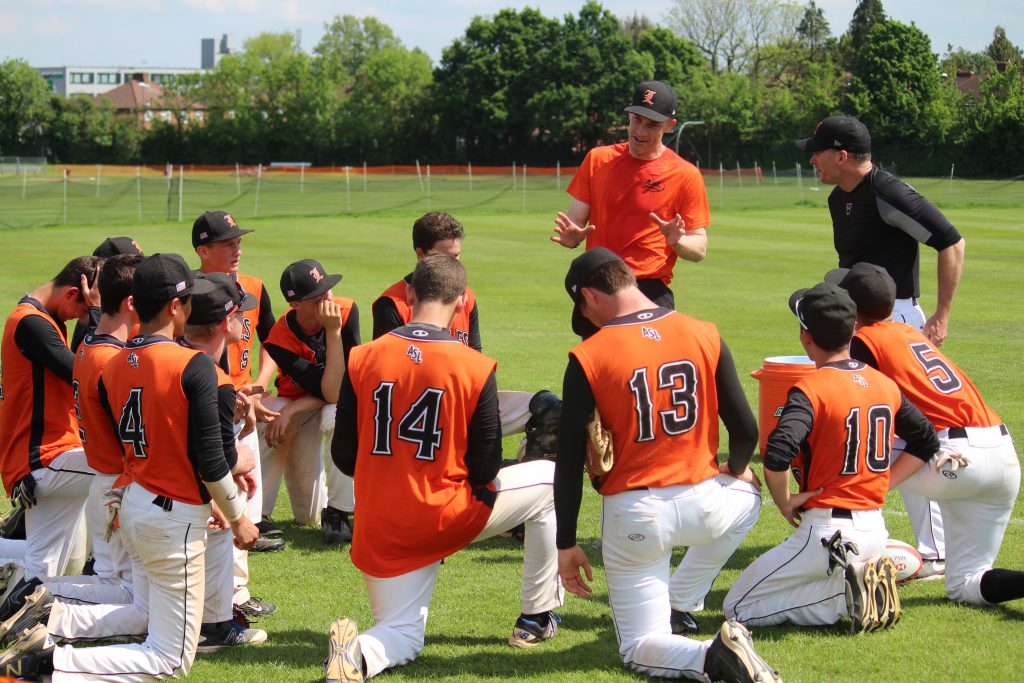 A look into the struggles and rewards of choosing to combine teaching requirements with coaching athletics teams.

Waking up to pitch black skies and spending limited time with his family was something that Social Studies Teacher and Varsity Baseball Assistant Coach Mike McGowan had to get used to.

World Languages Teacher and JV Girls Tennis Head Coach Whitney Nuchereno, who played tennis as a student at both high school and collegiate levels, finds herself returning to the tennis program because of the bond that she’s built with the athletes. “[I return because of] the team itself, especially the last few years, as I’ve been working with a bunch of the same players who continue with the sport, and that’s been really wonderful.”

A father of two, McGowan has had no choice but to incorporate his family life into coaching. “During baseball season, my daughter goes to practice with me because there’s no child care,” he said. “There are times, like [when] I was away in Germany, it was her birthday. I think it’s virtually impossible to find [a balance] while coaching and teaching. The family is going to suffer and have to give up certain sacrifices.”

This year, the balance between sports and family proved too much for McGowan and he opted out of the opportunity to coach basketball. However, later in the year, McGowan decided to continue his tenure for the baseball team. “The reasoning [was] that my wife moved into a new position where she travels more [and] has longer work hours so we just knew, as a family, something had to give,” he said. “We went over it a lot and it just seemed like giving up coaching was the answer. In the middle of basketball season [my wife and I] talked about how much I miss coaching, so there was still the opportunity to go back to baseball.

The challenging hours of teaching and coaching is something that McGowan has gotten used to over his years of experience. “I show up to work at 7:30 a.m. I might walk to the High Street to get coffee. Most of the time I’m working during lunch. Class ends at 3:05 p.m. Practice starts at 4p.m., ends at 6p.m., [I get] home at 7ish, try to get the family organized, usually the kids are in bed at 9:15. Usually I’m working from 9:15 until midnight,” he said.

Nuchereno began coaching at the school after she had done it in previous years of her career. “At my other schools, it was something that was required of me but I really enjoyed doing it,” she said. “When I accepted the job here it was on a condition that I could coach tennis because that’s something I wanted to continue whether it was mandated or not.”

With regards to interference with her social life, Nuchereno believes “it definitely does have an effect” and that she doesn’t plan anything for some nights as there would be no time.

Nuchereno often finds herself planning course work months in advance to ensure that she stays on top of her work. “At least a month or two before the season, I’ll have my Haiku page almost done with the homework [ready] for the rest of the year, start planning the assessments and that helps a bunch,” she said. “It’s a lot of work, but it makes everything much easier in the long run.”

Nuchereno has recognized the decrease in numbers of teachers that double as coaches over the years, and accredits that to the overwhelming amount of work. “I think that sometimes it’s hard enough during the year [to balance] a work life and personal life and it’s even more and more difficult with the coaching, so I think teachers probably feel more and more overwhelmed, and when that happens, generally they want to take a step back a little bit to manage the demands of the current job which keeps growing,” she said.