The Standard • 3rd May 2018 • https://standard.asl.org/10866/culture/understanding-americas-rust-belt-a-review-of-j-d-vances-hillbilly-elegy/ 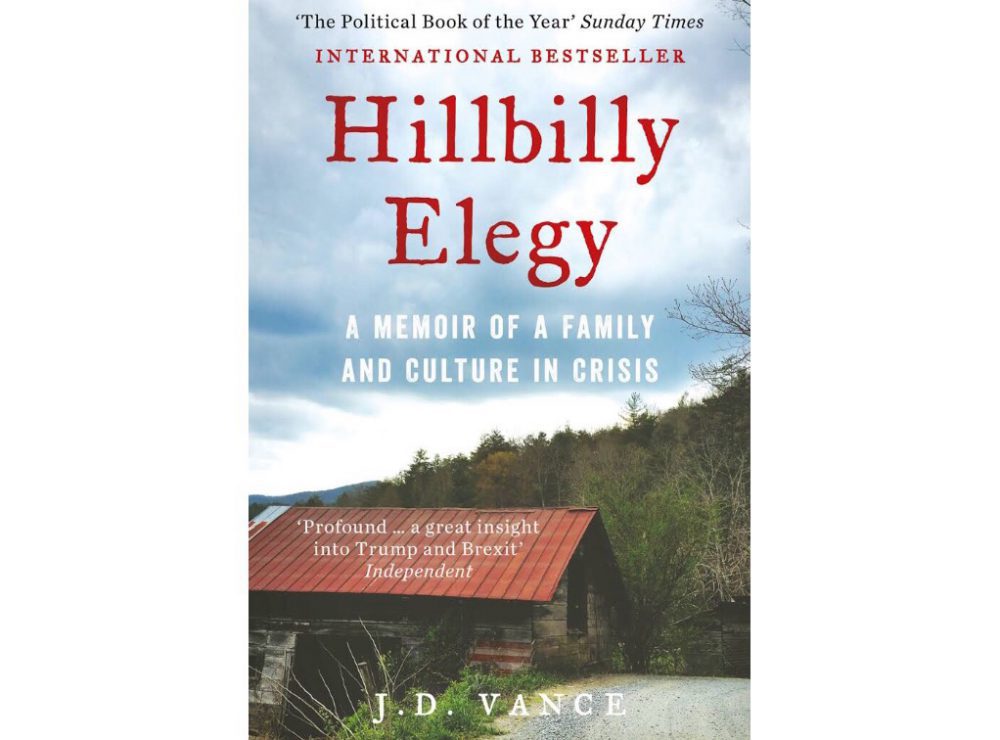 When I read Hillbilly Elegy,  a memoir by J.D. Vance last year, I was simply enthralled. Packed within the 264 pages lies the story of a part of the U.S. I briefly read about in Advanced Placement United States History. Following the 2016 U.S. presidential election, some said it provided answers and an explanation as to why President Donald Trump drew the voter population he did.

Vance states it himself in the opening chapter that this is the story of a boy from Middletown, Ohio who happened to “make it big” and attends law school at Yale University. Yes, it is impressive Vance came from nothing and is one of few to graduate from college in his town. But what was more impactful was the way he introduces you to his family, his community and shows his pride for his “hillbilly” background.

From the start of the memoir, it is easy to understand that Vance did not live an easy childhood. The term “sibling” was hard to understand, as he had numerous half-siblings from his birth father, as well as from various men his mother was with. His grandparents, Mamaw and Papaw, struggled with alcoholism, while his mother battled a drug addiction. Yet throughout this instability lay sound Appalachian values: unconditional love and loyalty for your family.

Vance and his sister Lindsey were raised by Mamaw and Papaw, as their mother struggled to care for them. It was through this tribulation that Vance developed an appreciation for education, as Papaw would ensure he always had a book to read at home. It was clear to Vance that if he wanted to ever leave Middletown, education would be his way out.

In describing life in Middletown, Vance draws us into the Rust Belt of the U.S., the home of Armco Steel, a steelmaking company in Ohio. Similarly to Mamaw and Papaw, many uprooted their families in the 1940s to follow Armco to Middletown. The steel industry provided jobs, schools and hope that this region would be on the social and economic rise.

Yet Vance described how his community’s dependence on Armco led to Middletown’s downfall. He recalls a classmate who declared he always would be able to find a job at Armco, and didn’t need to be worried about employment now. For Vance, who worked as a grocery store cashier at the time, these words were painful.

Industrial decline hit Middletown in the 1970s and 80s and swiftly transformed an industrial powerhouse into a ghost town. Vance wrote in 2014 that more people died from drug overdose than natural causes in the county in which Middletown is located. After a life of instability, drug abuse and domestic violence, Vance uses the term “learned helplessness” to describe the mentality of his community.

Vance defines learned helplessness as a sense of complacency. Residents of Middletown have not been faced with change throughout their lives, and therefore believe that change will never come. Combatting this idle state was something Vance struggled with throughout high school, ultimately joining the Army and enrolling at Ohio State University to escape this destructive cycle.

Through this explanation of learned helplessness, Vance highlights his community’s distrust in the political landscape of America. For years, president after president promised change for the Rust Belt: new jobs, a new regulated economy and, simply put, new opportunities. Yet time after time, these were false promises. The rust belt remained in the same cycle of helplessness, with no follow through on the promised change and opportunities.

That was until Trump positioned himself as a candidate for president. Trump ran an infamous campaign, one of new ideas, new tactics and a new perspective for the working class. With this alternative presentation, he wooed those in Vance’s community.

While I may not agree with Trump’s policies, Vance’s tale has lead me to understand why he captured the attention of those in places like Middletown. After years of disappointment and static social standing, residents of the rust belt were once again enthralled by the prospect of change. Trump was not your typical candidate and Vance’s people were simply sick of the typical candidate.

Although Vance’s story proved to be a breakthrough memoir during the 2016 election cycle, his story is timeless, holding lessons that are applicable regardless of the political climate. Vance’s pride for his hillbilly roots is admirable and is a reminder to always remember where you come from no matter your current position. I hold his values of dedication to one’s community and family close to my heart, and as cliché as it might sound, this book was a pleasant reminder to be grateful for what you have, where you came from and where you are heading.