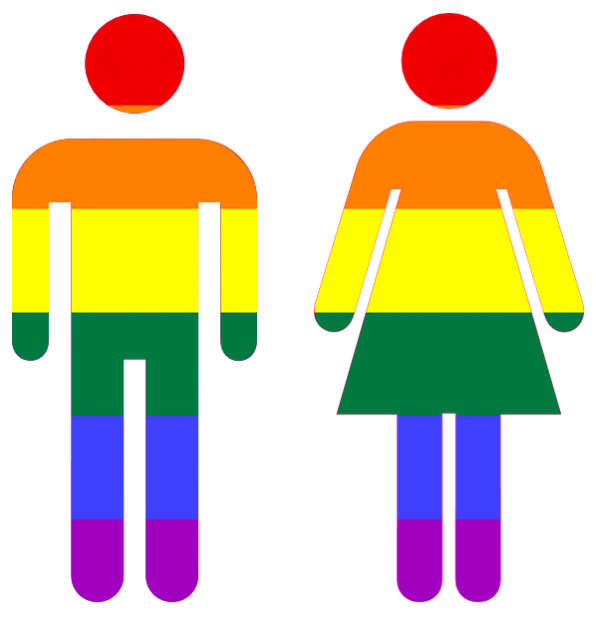 Diversity is an aspect of society that ASL emphasizes frequently, whether that be through the bi-annual Global Festival, or the school’s diversity statement. The school takes pride in its diversity and often mentions the 69 countries represented by students or the 53 languages spoken among the community. The diversity statement emphasizes that “at the American School in London, our definition of diversity encompasses ethnicity, gender, socioeconomic level, sexual orientation, nationality, physical ability, family structure, and religion.” However, it has come to be questioned whether this extreme diversity is apparent, and whether diversity in terms of sexual orientation really is prominent in the community.

According to BBC, one in 25 young people in the U.K. identifies as lesbian, gay or bisexual. Additionally, According to the J. Walter Thompson Innovation Group, only 48 percent of 13- to 20-year-olds worldwide identify as “exclusively heterosexual.” However, in the High School, 86.8 percent of the 251 students who were surveyed in January identify as exclusively heterosexual.

A lack of diversity in regards to sexual orientation in the High School has been strongly felt by some students. Henry Petrillo (’18), who is gay, believes that an absence of LGBTQIA+ members has made him the designated representative for LGBTQIA+ people. “I think that I often in classroom discussions get identified as a spokesperson for the entire LGBT+ community,” he said. “I find myself in a sort of uncomfortable position where I am asked to speak on behalf of millions of people.”

Petrillo explained that the absence of representation in terms of sexuality in the High School may lead to separation amongst students. “There’s a lack of role models and a lack of diversity. It definitely makes you feel isolated just because you have a challenge to face that most won’t,” he said.

Blair (’21)* believes that there is a certain assumption about what being bisexual looks like, and that because they do not necessarily fit the mold, people assume that they are heterosexual. “I’ve had people tell me ‘you don’t look bi.’ Is there a uniform?” Blair said.

Moreover, Blair expressed that people have made jokes about their sexuality being “invalid,” making it even more challenging to be out. “Starting high school made it harder for me to feel confident in my sexuality and feel comfortable being out at school,” Blair said.

Blair believes that many students lack knowledge on sexuality, which is frustrating to them. “There is more that can be done about educating people about different sexualities and how to be accepting of those,” they said.

Alongside a lack of education on sexual orientation, Blair feels that the activities teachers assign can be hurtful towards someone questioning their sexuality. For example, Blair believes that projects in language classes that ask students to describe their ideal partner can be harmful. “[Teachers] are people [students] look up to and they respect, so hearing that [describing one’s ideal partner] from someone can be very harmful, and I think teachers need to be educated on what is not OK to say,” Blair said. Blair believes that this is yet another example of the expectation that all students identify as heterosexual, and that it can be harmful as it is exclusive to those who do not.

Blair, however, expressed that the Intersectionality Club in the High School has helped them feel more comfortable being themselves. “That club has provided such a safe place for me and I feel very comfortable sharing stories and experience and being surrounded by people who are similar, especially in the ASL community where the majority is straight. It’s a very warm, welcoming group who is also very accepting,” Blair said.

English Teacher and Intersectionality Faculty Advisor Eve Berinati believes that making the High School an open environment begins with recognizing the difference in students’ upbringing. “I think it helps if we honor the reality that students are not all the same. They do not come from all the same backgrounds and they have a wider experience than any individual person might know,” she said.

In her classes, Berinati works towards allowing students to recognize their own selves, especially in terms of sexuality and gender. “I try to give [students] space to speak from their own experience and to identify themselves,” she said.

Similar to Blair, Marina Pavoncelli (’18) believes that although ASL has been a very supportive place of her sexuality as bisexual, changes still need to be made. Pavoncelli believes that the newly-installed single stall binary gender bathrooms located in the new art building are unnecessary, as non-gendered bathrooms already exist within the school . Pavoncelli sees them as a step back. “That had to hurt the people who don’t identify with a binary gender,” Pavoncelli said. “Intersectionality has previously campaigned and succeeded in achieving non-gendered bathrooms within ASL and the faculty had went back on this agreement.”

Moreover, echoing Petrillo, Pavoncelli believes that because of her sexuality, and due to her time working with GSA (Gender Sexuality Alliance) and Intersectionality, she has become a source of reliability for those seekings answers and clarity when in term of their sexuality. “I feel that I’ve become more of a ‘resource’,” she said. Pavoncelli explained that many students often come to her with questions in regards to sexual orientation.

When coming out as bisexual, Pavoncelli felt that the experience was overall positive. “We have to think we are so lucky to have such an amazing support group here,” she said.

Pavoncelli also believes that although there are people who react with unwanted judgement, this is only a small portion of the school community, thus further emphasizing the supportive community. Pavoncelli recognizes that the extreme minority of students who do say something homophobic oftentimes do it subconsciously. “I really don’t hope there is hate behind it,” she said. “I think it’s just ignorance at this point.”