Q and A with local teen politician: Seth Weisz 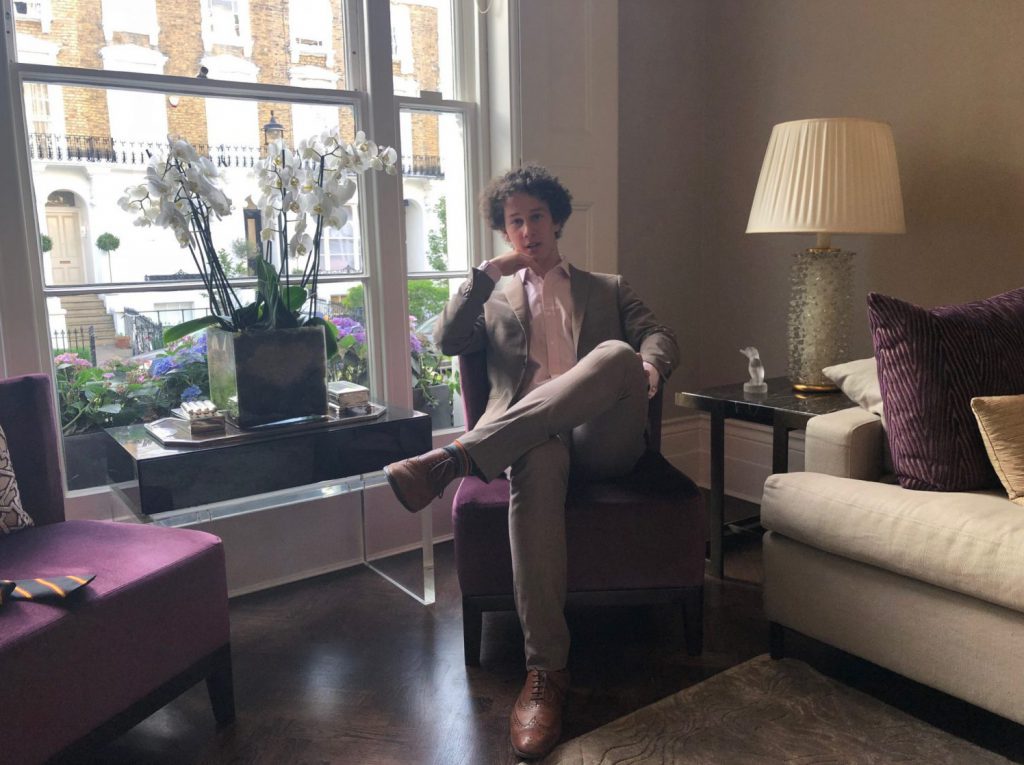 At just 18 years old, Seth Weisz stood to be Abbey Road Ward’s councillor in the Westminster City Council in the council elections in May. He would have represented much of St John’s Wood, the school and many families with students who attend ASL.

Weisz ran as a Liberal-Democrat but lost to the Conservative candidates. If he had won he would have had a part in forming the decisions that the council makes, which include planning permissions, council taxes and many other issues that impact the lives of the constituents.

Weisz has lived in the ward for all his life. He attends the City of London School for boys, where he is studying for the A-Level exams. He studies history, politics and economics. After attending university, Weisz said that he will consider re-entering politics.

Jonathan Philips: This is Seth Barney Weisz, the unsuccessful liberal-democrat councillor for the Abbey Road Ward. Seth, how do you feel being unsuccessful in your attempt to become a councillor?

Seth Weisz: Success is not always achieved through electoral victory. This is a very right wing ward that I have stood in, the Conservatives are expected to take somewhere between 80/90 percent of the vote, so the fact that the Liberal Democrats managed to triple their vote count from the previous election four years ago, I see that as a major success and I am very proud of how we did as a party.

J: And do you think a lot of the success was down to you?

S: That’s very kind, but I can’t take all the credit, the chair of the Liberal-Democrat party in Westminster North, an individual named Helen Davies, was incredible [with regards to the amount] of time she spent campaigning and ensuring organization, to the point where we managed to field three candidates in each one of the 20 local wards of Westminster North, which is a massive achievement. Last year we only managed candidates in 13 wards. And she deserves a lot of the credit.

J: How did you get into politics?

S: Politics was always a common discussion at my dinner table, I learnt it from a very young age. When I was 14, my cousin was a year younger – and I remember being very surprised by how much he knew [about politics]. I remember thinking at the time “gosh, I’m 14 and I know so much less; well, my political career is an impossibility, therefore.” But in those four years between then and now I decided to really do some research, to get involved and to talk to my local community. I really had this strong grounding in politics and thought local councillor was the next logical step.

J: Do you think that there have been any specific struggles for you being a young person running for office?

S: Well, yes. Young people are unfortunately encumbered by their obligations to the exam boards. My exams, with the first one occurring just 5 days after the election, significantly hindered my campaigning time. Were I not to have exams I certainly would have been knocking on doors the whole day.

J: You mentioned your exams and I assume you have university plans. How would you have reconciled those plans with your responsibility to the ward, if you had been elected?

S: It’s a tough, tough question. It was made easier by the fact that my aim was not to be elected, that was too fanciful. I was happy simply with the success of tripling our vote count in the previous election. But were I to dream for a second and imagine that I had been elected, I would have definitely served for a year, during my gap year. I would have certainly considered either skipping university or apply later to university in order to serve my council for the full term.

J: Do you have any advice for young people, students particularly, who would like to get into politics?

S: I’ve only learnt so many lessons from what has been a very brief career, but I think that in reality a lot of it is down to chance. And that can’t be ignored, but you have to make the effort in order to succeed. It is all about the work you put in, that has a strong correlation with the benefits you succeed. Also sometimes it’s good to talk less and smile more!

J: Do you have any regrets about the campaign you ran, or the results, or any decisions you made during the time of your career?

S: I regret the outcome! No, that was a joke. I was happy with how we did. We tripled the vote count and I should remind you of the previous Liberal Democrat campaign in the same ward in 2014. If there was one regret I would have it is that I didn’t campaign more, get the chance to meet more voters. And I didn’t make my case to the public well enough. I was unable to secure the endorsement of strong and influential newspapers like The Standard.