The Standard reviews: My Heart And Other Black Holes 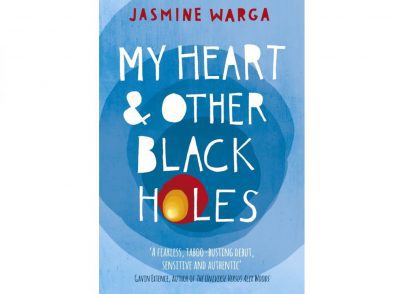 One of the most heartbreaking quotes from My Heart And Other Black Holes by Jasmine Warga describes how depression feels to someone who is dealing with it: “What people never understand is that depression isn’t about the outside; it’s about the inside. Something inside me is wrong. Sure, there are things in my life that make me feel alone, but nothing makes me feel more isolated and terrified than my own voice in my head.”

Aysel, the protagonist, is a junior in high school who enjoys physics but suffers from depression, which primarily manifests itself in suicidal thoughts. She feels that she does not deserve to live anymore due to her father’s imprisonment for  killing a local phenomenon. She is of Turkish descent and although Warga tries to make this an important plot point, it is generally skipped over.

Aysel seeks a suicide partner, as she does not want to die alone.  Roman, who she meets online, is willing to take on this role.

Roman shows that not every stereotype about those suffering from suicidal thoughts is true. They are not all social outcasts. His younger sister drowned in the bath and he feels guilty, as he was in charge of her when it occurred.

Together, Aysel and Roman form a suicide pact and set a day to do the deed. As they get to know each other more, they start to make jokes about not “following through” with their agreement. At the end they do not and choose to continue with their lives together.

Although Aysel does not speak to anyone about her feelings or get any treatment, by the end of the novel, she has almost completely recovered from her illness. In doing so,he novel presents the ideology that your mental health problems will be  solved by falling in love.

This book is enjoyable and  provides an accurate description of mental health. Despite this, I would not recommend it to anyone who suffers from depression. Warga presents a gritty description of the reality of depression and suicidal thoughts, but ultimately drops the ball with an ending that is too idealistic. It is very descriptive and could amplify those feelings. Warga’s novel is enlightening in that it does not hide the fact that it is about depression and suicide, and her characters vocalize what this might feel like. However, it does not provide the best overall message to promote understanding of mental health.