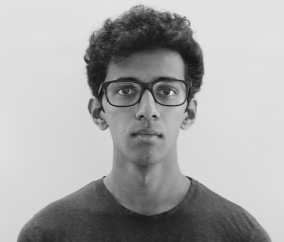 I have attended ASL for fourteen years.

In this time I have read Hamlet and Romeo and Juliet; I have read The Odyssey and Antigone. I have scrutinized texts like The Great Gatsby and Great Expectations.

I have studied the stories of the American Revolution and the brilliance of the Roman Empire. I have been on the beaches of D-Day and mourned at the graves of dead soldiers.

The line between all these might be obvious, or it might not: these stories are all blindingly white.

In my fourteen years at ASL, I have read exactly two books by a person of color. I have studied the civilizations of India, West Africa and Native America almost exclusively in the way that white people colonized, enslaved and pillaged them. I have heard these tales from the textbooks of white people, read to me like scripture by white teachers.

But something is missing.

I feel that there’s something – a perspective, an awareness – that even white geniuses like Shakespeare or Fitzgerald cannot grasp. I wonder: what do they really know about being an orphaned boy stranded on the streets of Harlem? Or about a teenage girl immigrating from Iran in an age of islamophobia? A kidnapped slave transported across the Atlantic? The rage of a colonized people?

If these authors do have some limit to their literary prowess, then we readers are also limited by their perspectives. And, especially in the formative years of high school, we are shaped by the perspectives of white men.

You need not look far to see these effects. From departing faculty of color, I hear about the subtle micro-aggressions, or questions from parents about whether they really are a teacher. I see students of color changing the clothes they wear and the way they act in order to assimilate. I see the way that we treat — or rather, ignore — the staff at this school. I see the way that white senior boys heckle women on the tube to After Prom, consumed with the ego and arrogance that comes with white privilege.

It would be naive to think that this is purely because of the literature that we read, but I wonder how things would be otherwise. How awful would it be to learn about composition not from Homer’s Odyssey, but Lu Ji’s Wen Fu? Or the horrors of colonization not from Joseph Conrad’s Heart of Darkness, but Chinua Achebe’s Things Fall Apart? Or the tragedy of class division not from Charles Dickens’ Great Expectations, but Malorie Blackman’s Noughts and Crosses?

I know it’s hard to veer away from our Western canon – the “classic” books that have “stood the test of time.” I would argue, however, that we have an obligation to just that. ASL endlessly professes its diversity and cultural competency, but when I look at the texts we read, those statements seem empty.

Doing this properly means integrating these texts into English 9-10, so that we learn from the work of other cultures just as much as we revere the canon. It means taking these texts out of silos – courses like Asian Literature or Race and Culture – and into spaces where far more students can appreciate them.