Examining the effects of single-use plastic 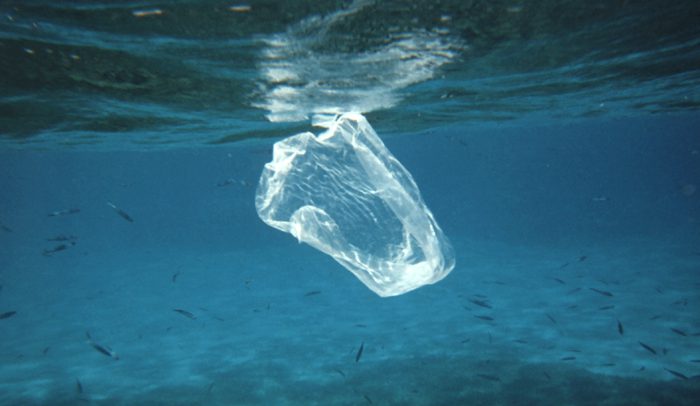 When buying lunch at Panzers, Alice Moyle (’20) was offered a single-use plastic bag for her pre-packaged sandwich. Although meant to be helpful, Moyle believes that the double packaging was pointless, and caused her to consider the usefulness of the excess plastic. “I often walk into Panzers at lunch and see people taking plastic bags for small things they could carry with their hands,” she said. “I wonder what the point is of [a plastic bag] because that one bag has an extremely detrimental effect on the environment.”

Similar to Moyle, Social Studies Teacher Sana Shafqat is aware of her plastic waste. She started to bring in her own reusable bowl to school when she realized the number of plastic lids that were piling up on her desk from the food served in the cafeteria.

Likewise, Rohan Prasad (’18) thinks there are ways for people to limit the amount of waste they produce, whether by carrying a handkerchief as opposed to using tissues or having a reusable water bottle. “Those small changes have a large impact once you have been doing it for a while,” he said.

Agreeing with Prasad, World Languages and Cultures Teacher Ruth McDonough has implemented simple routines into her everyday life such as carrying a reusable cup, having chopsticks on her instead of using take away cutlery, and refusing plastic straws. “When I go out I always carry some receptacle or bottle so I don’t have to worry about using up a resource,” she said. “I don’t buy [single-use items] because we don’t really need it. It’s enlightening because I feel I can move through the world lighter.” The question that McDonough constantly has on her mind is, “Is it worth it?” This is a question she thinks that everyone should be asking themselves when using single-use plastics as it’s not always easy to overlook the convenience of something and think about the big picture.

Science Teacher Jude Ruff believes that overlooking convenience may be because “the effects are so distant from us and maybe they’re not well understood.”

However, after travelling to Bali recently, Moyle saw the direct consequences of single-use plastic on the ocean. “Helpless creatures are dying in brutal ways because we are too lazy to bring our own bags or recycle,” she said. “It is so easy to do the right thing.”

Moyle believes this firsthand view of what plastics are doing to the environment gave her a new outlook on her waste trail.

In order to reduce her own waste trail, McDonough believes that everyone needs “to change our attitude about convenience and [start] holding ourselves and each other accountable.”  She believes that the immense first-world plastic consumption has is a result of a sense of entitlement. “What does it mean to think that we are entitled, that we’re entitled to these resources?” she said. “We have to start thinking about every action that we take and the kind of impact that it has.”

Although the cafeteria at ASL has reduced their plastic usage in the past few years by removing plastic bottles and some of their plastic packaging, 1,050 single-use plastic items still are thrown away each day.

Head of Catering Christine Kent is aware of the plastic usage in the cafeteria and is open to suggestions on how to reduce the waste. “We used to use over 100 plastic utensils a day and now we only use 20, 30, 40 so that’s a great reduction,” she said. She also mentioned that the cafeteria used to individually wrap about 100 to 200 bagels each day in cellophane. And while these changes have made a big difference, the school still spends between £2,000-3,000 on plastic disposables alone, leading to a significant amount of plastic that will end up in landfills and potentially the ocean.

Furthermore, although the cafeteria has tried to use reusable bowls for fruit, Kent expressed frustration about the fact that the bowls are disappearing. “We are now buying now cheaper bowls that will not last as long as students throw them away as they can’t be bothered to bring them back,” she said. “We’re still getting through a thousand of those a month.”

As well as the bowls, Science Teacher and Head of the Sustainability Council Marisa Wilson noticed that “students throw away perfectly good metal forks and knives,” she said. “That is disgusting, really. I can’t even believe that that happens–the amount of energy and resources that go into making a fork–when the cafeteria runs out of metal forks they have to bring in the plastic forks.”

McDonough believes that if people are to reduce the amount of plastic waste in the world, they need to start caring. “As a community, to decide that we really care about the impact that we have and to make a different choice, and not to say ‘oh, well, we’ll just use a bunch of plastic again’, but to start thinking about our choices and to set ourselves up for success. This means planning ahead,” McDonough said. “Everyone needs to take responsibility.”