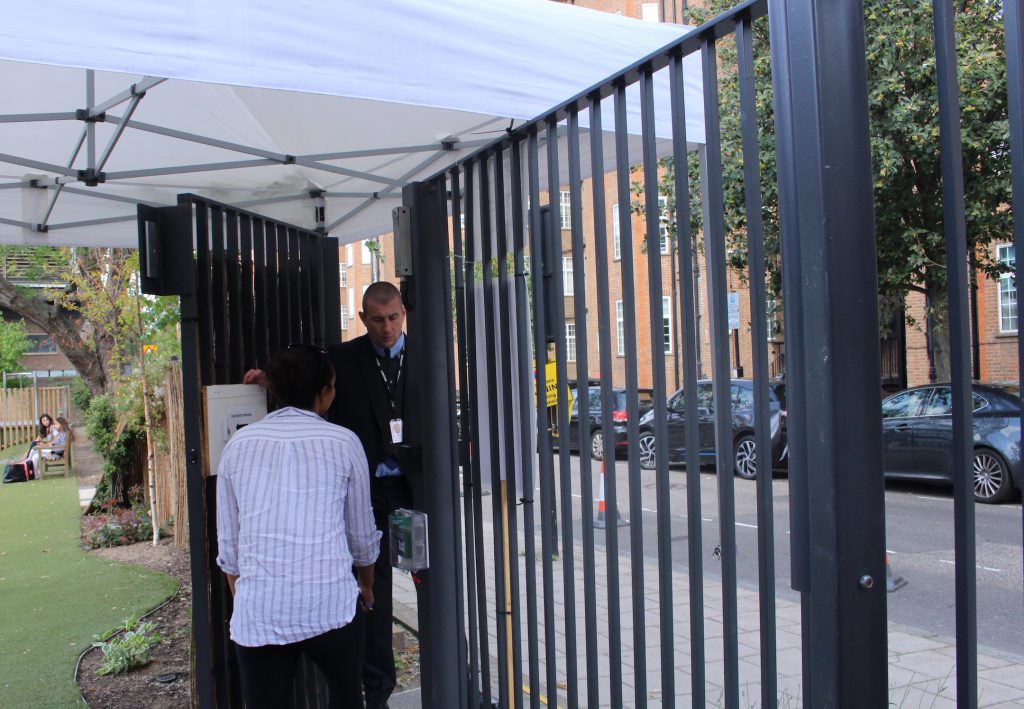 A security guard speaks with a teacher during closed campus on September 10.

Just as high school students with open campus were starting to think about where they would go for lunch yesterday, they received a text message from ASL alerting them that there would be closed campus until further notice, effective immediately.

Shortly after, Head of School Robin Appleby sent out a schoolwide email explaining the decision to close campus. Appleby said that “with the anniversary of 9/11 fast approaching, and the Jewish celebration of Rosh Hashanah underway, [the administration] received advice from our security team this morning to implement closed campus for students and employees.”

In addition to having to remain on campus for lunch, High School students who had a free period as their last class were unable to leave the building. However, after-school activities continued as normal, with sports teams departing from their usual Loudoun Road meeting point. Parents also remained able to enter and leave in the school provided they showed their ASL IDs.

In a follow-up email, Appleby provided more context for the decision to close the campus. Appleby said that as a result of heightened security and ASL’s involvement with local enforcement authorities, the school had been advised that a “higher degree of caution” would be best practice. In response to this, the security deemed it necessary to implement closed campus until the end of the school day on Tuesday, September 11.

Though he declined to comment further on the reasons for the closure, Head of Security Roi Yefet confirmed that open campus will resume as usual on Wednesday, September 12.