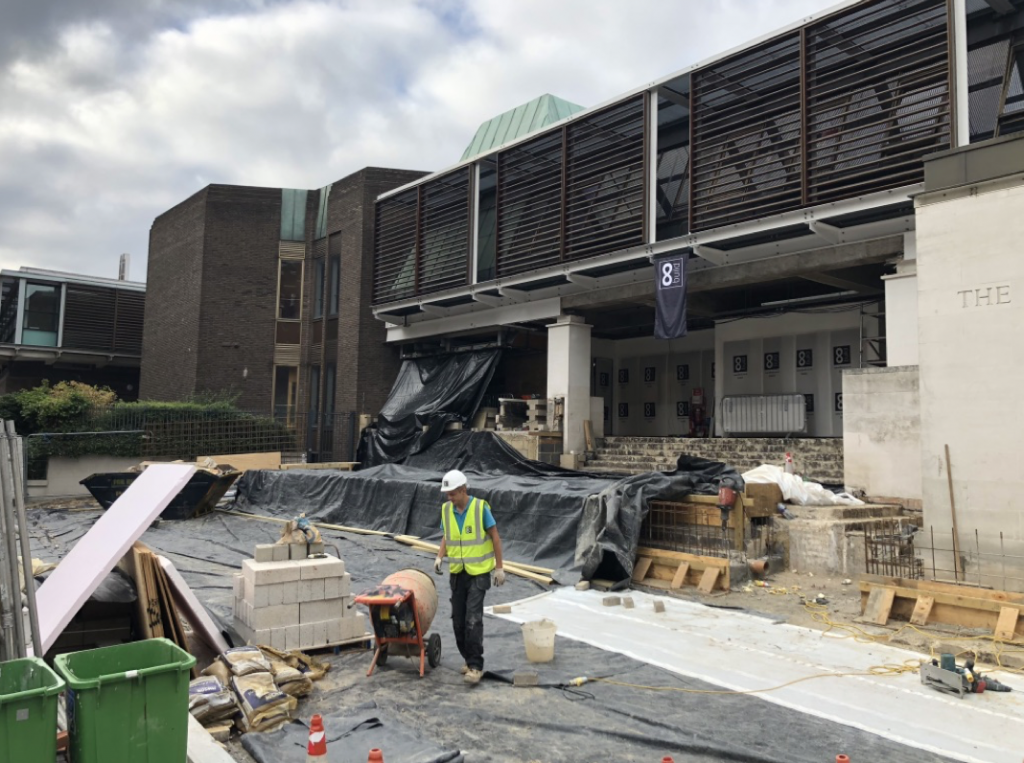 Director of Operations Jim Heynderickx, among others, met with the contractors for an update on the Waverley entrance renovation project on September 11, as it passed its half-way point on the schedule. The construction remains on track and on budget, with an estimated completion date of December 3, 2018 and an estimated cost of £1.8 million. “That [completion date] also gives us a bit of a buffer,” Heynderickx said. “If [the contractors] run into one or two week delays it’s ok, because that just extends it into December break.”

After 14 of the 24 scheduled weeks, most of the focus has been on the demolition of the main staircase, the portland stones on either side of it and the asphalt in front. Heynderickx highlights the importance of taking this aspect of the construction process slowly as, “[the asphalt that used to be on the pull around in front of the little island] is literally the roof and ceiling of the bookstore and the kitchen.” The construction team had to entirely remove the pavement stones and break up the asphalt in order to remove and replace a waterproofing layer above the bookstore and kitchen. This will prevent leaks in that area once the project is done. 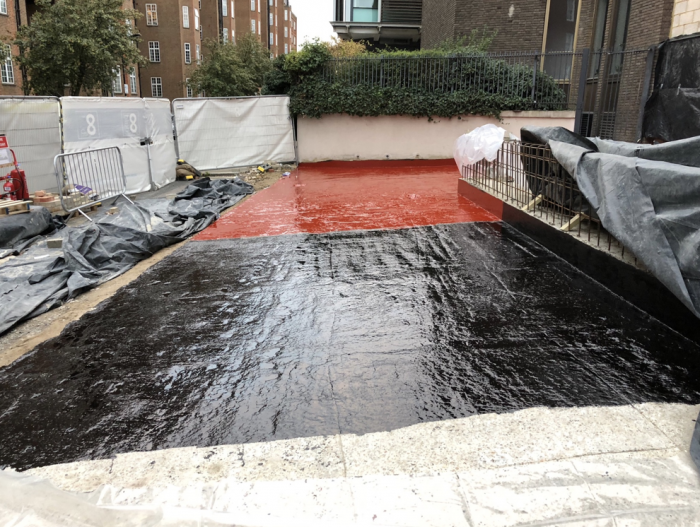 In regards to the current entrance, Head of School Robin Appleby said, “[the new entrance] already was there for emergency egress when we built the Art building.” There have also been additional security implementations to enhance the safety of the temporary entrance, relocation of the security and transportation team offices.

Head of Security Roi Yefet said that from a security perspective, “we moved the desk, we added one more camera, we have security guards standing outside so basically nothing has changed.” Yefet emphasized that the relocation is of no inconvenience to the team themselves.

Once completed, the new Waverley entrance is expected to be narrower and will also have glass canopy roof to serve as rain protection, “when students are waiting to be picked up… they will be undercover from the weather and in a slightly more contained space,” Appleby said. Additionally, the new design will allow for an easy-access elevator purposefully for wheelchair users as well as those with strollers.

Access to the main Waverley entrance will be fully restored in early January.

Check out a full in-depth article about the construction process in print October 5.