In celebration of Teen Book Week, which is taking place between October 7-13, high school teachers explain their favorite books and how it changed their perspective.

The Pleasure of Finding Things Out by Richard Feynman (Recommended by Science Department Head Andrew Ringham)
“I’m always reading both ways on the tube, so if you want to talk to me about what I’m reading, I will talk to you about it and if you want to borrow the book that I just finished, I will lend it to you. Anyone, anytime, no matter what,” Science Department Andrew Ringham said.

I have no doubt that you will take pleasure in finding out who Richard Feynman was and what he did in his memoir titled The Pleasure of Finding Things Out. This book will inspire insatiably curious people who are highly interested in science. From his first lecture as a graduate student to the heartfelt memories of his father who encouraged him to question the world, Feynman’s words do not fail to leave the reader with euphoria and curiosity. The book certainly had this impact on Science Teacher, Andrew Ringham, who recommends that high school students delve into Feynman’s life’s work before graduation. 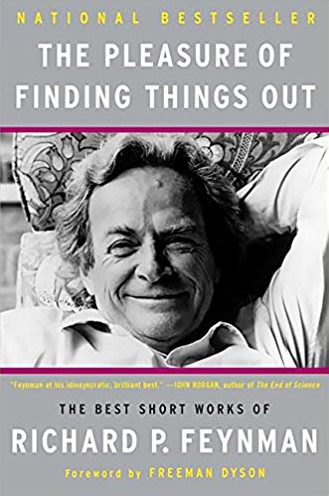 “I read that book when I was in high school and that was a really foundational book for me and totally just shaped the way that I think and see the world,” he said. Ringham argues that while The Pleasure of Finding Things Out is a memoir of a physicist, it is mainly about “making meaning and the pleasure and joy of life of knowing these things and asking these questions.” Ringham adds that the book forces readers to question accepted facts. “Too often with science and facts we’re just like ‘oh, the universe is 13 billion years old’ but we don’t actually think about what that means. What that means to us personally. We don’t take that information and make ourselves put it in context… That is really what The Pleasure of Finding Things Out is about,” Ringham said. 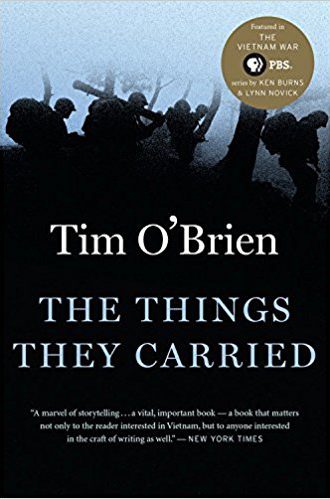 The things you must know about Tim O’Brien’s The Things They Carried: it is a collection of short stories about a platoon of American soldiers in the Vietnam War, it’s main themes include reality, truth and perception, and it is an essential book for high school students to read, according to Jaworski.

“It’s a good book for teenagers to read because we can have a lot opinions about what we think should be happening in the world but if we are actually the person that’s gonna be on the front line making wars happen what does that look like and feel like,” she said. Additionally, Jaworski highlights that the majority of soldiers fighting in Vietnam were teenagers, much like high school students. “Most of the people who fought in Vietnam were teenagers. That’s a reality that is quite shocking to think about because we are not in a time of war. I think [The Things They Carried] does a really excellent job of putting people in their shoes,” Jaworski said.

The Times Atlas of the World (Recommended by English Teacher Stephen Potchatek)
“Or maybe a big gazetteer, a compendium of all places known and imagined, like Chambers’, something that you read beneath a blanket with a torch between your teeth, to dream of a world more vast and more wonderful than we might imagine if we limit our world to St John’s Wood High Street,” English Teacher Stephen Potchatek said. 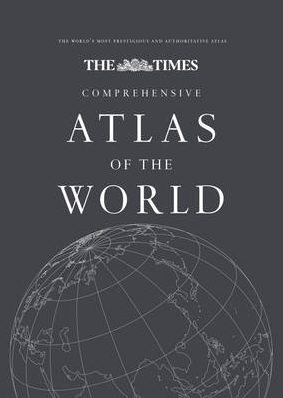 The last book on this fairly diverse list is quirky and idiosyncratic, as it should be. The Times Atlas of the World, with all its geological facts included, draws the list to a satisfying close:

“The last book should be Hamlet, or the Bible or some other work that seems critical for what we now refer, derisively, as ‘cultural literacy’. But I figure those are already on the list somewhere, like on Desert Island Discs, so instead I’ll propose a big old atlas, like the Times Atlas of the World, bought second-hand in a used bookshop in Hampstead and lugged home under your arm, one with out-of-date borders and old fantastical names,” he said.
Photos from Teenbookweek.com, Waterstone’s, and Amazon.com