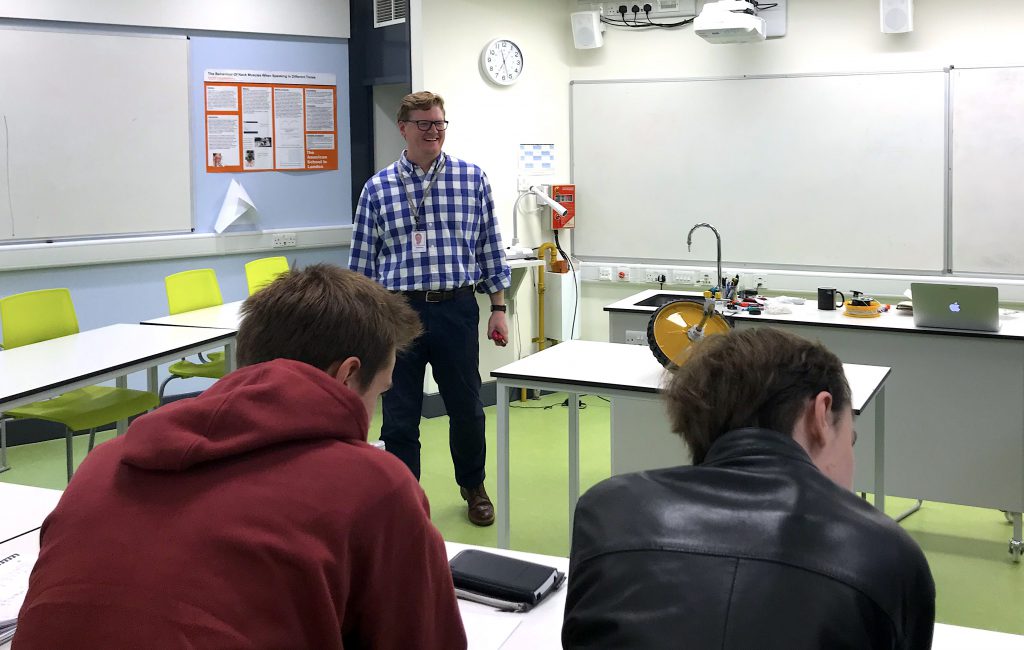 It is not every day that teachers are recognized by a world-renowned university, but for Science Department Head Andrew Ringham, it may as well be. For the second time in his four-year teaching career at ASL, Ringham received the University of Chicago (UChicago) Outstanding Educator Award in early October.

In 2016, Ringham did not realize he had been honored the first time until he received a small package from UChicago containing the award. This time around, little was different. Ringham was called into Head of School Robin Appleby’s office where she showed him the letter detailing the congratulations. Each year, about a third of the incoming class nominate educators who have drastically changed their lives, according to UChicago, and all who are nominated are recognized.

[perfectpullquote align=”full” bordertop=”false” cite=”” link=”” color=”” class=”” size=””]“Just the time and energy that someone took into recognizing the impact I had on their life is really cool.”[/perfectpullquote]

Ever humble, Ringham couldn’t believe that his former students had taken the time to nominate him. “You get to college and you’re figuring out your new life for the first time … and if when I was 18 someone had asked me to nominate my teachers for this award, I don’t know that I would have taken the time to do it,” he said. “Just the time and energy that someone took into recognizing the impact I had on their life is really cool.”

Kyle Dubin (’18) is currently enrolled at UChicago, and did not hesitate to nominate Ringham after having him as his teacher for Advanced Placement Physics 2. “[Ringham] always made class incredibly interesting, it was obvious how passionate about teaching he was, and there was never a day in that class that went by where it wasn’t enjoyable,” Dubin said. “Even in tests, he managed to make us laugh or come away with a greater understanding.”

The recognition reminded Ringham how grateful and appreciative he is of both his students and the teachers he’s had. “The award makes me wish I had done more to recognize the people that had an even more profound impact on me than I have probably had on anybody,” he said.

Reflecting on this, Ringham said he wishes he had told some of his own high school teachers–most notably his physics teacher Dr. Mark Blachley –about their impact on him. “I owe so much of my life to Dr. Blachley,” Ringham said. “He really taught me how powerful it is to think … and I’m so thankful for his impact on my life in ways that I’ve never been able to express to him. This award or any recognition that I get is really a recognition of him.”
Photos by Alexandra Gers