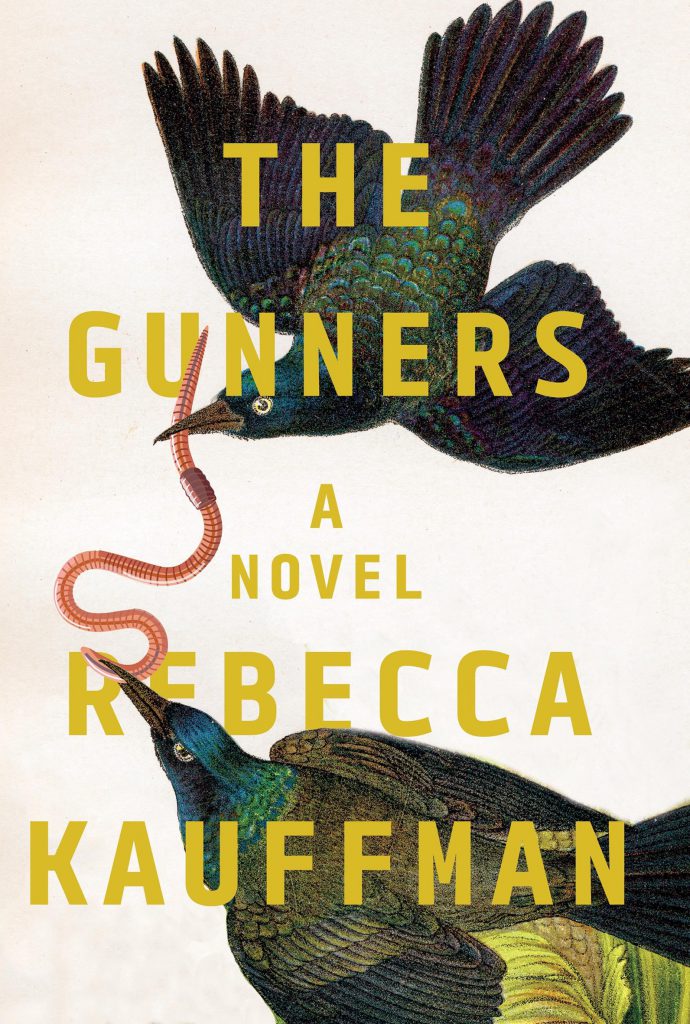 A group of misfits who don’t fit together on paper, but found love within one another through their childhood and teenage years, the gunners are back together. Rebecca Kauffman’s The Gunners is told from the perspective of Mikey, one of six friends who spent all their time together in an abandoned house in Lackawanna, NY, learning about life, themselves and each other. Throughout the story, Mikey struggles with early-onset macular degeneration which a condition that makes people go blind over a period of time, beginning in adolescence.

The friends also struggle with the absence of Sally from the group after she isolates herself from the others during their high school years. They are pushed apart by this, specifically because none of them could figure out why Sally removed herself, which hurts them all substantially in different ways.

Mikey and Alice discuss how you can live with hurting other people, just as Sally was doing after she isolated herself. “‘What’s the alternative to living with something that hurts?’ Alice said. ‘Jump off a bridge?’ She hesitated. ‘I don’t mean that as a joke. How does anybody live with anything? You just… march on, I guess, even when your heart’s not in it.’”

Sally ended up running away from her pain by taking her own life. This brings the five remaining gunners back together after more than a decade. After Sally’s funeral, they regroup and rehash the years they spent together. Secrets come out and people are questioned, but the one thing they can never figure out is what happened to Sally.

The Gunners explores deep and complicated topics such as how people live with their actions and how people are viewed by other people, in language that a younger reader would be able to comprehend. This isn’t to say that the book was poorly written. It is sometimes better to be able to understand the words on the pages easily and then be able to sit and contemplate the deeper meanings later. In The Gunners, Kauffman achieved this balance perfectly. She wrote about complicated topics in an uncomplicated manner. It wouldn’t take an advanced reader to be able to read this book, but it would take lots of time to be able to fully comprehend the deeper meanings.

For example, one of the gunners explains how one action somebody does can completely change how another person feels about them. This idea is written simply, which shows Kauffman’s writing style of telling readers about an idea and then giving an anecdote to illustrate her point. But still, this is an idea that requires contemplation and opens room for interpretation. It acted as a catalyst for more questions. How did the gunners’ actions affect Sally’s wellbeing, and how did her knowledge her friends tip her over the edge?

I definitely would recommend The Gunners to people looking for a light read. This book left me thinking, but not for as long as I would have liked it to– the impression it made wasn’t lasting. If you’re looking for a “vacation” type of book, The Gunners is a perfect choice.