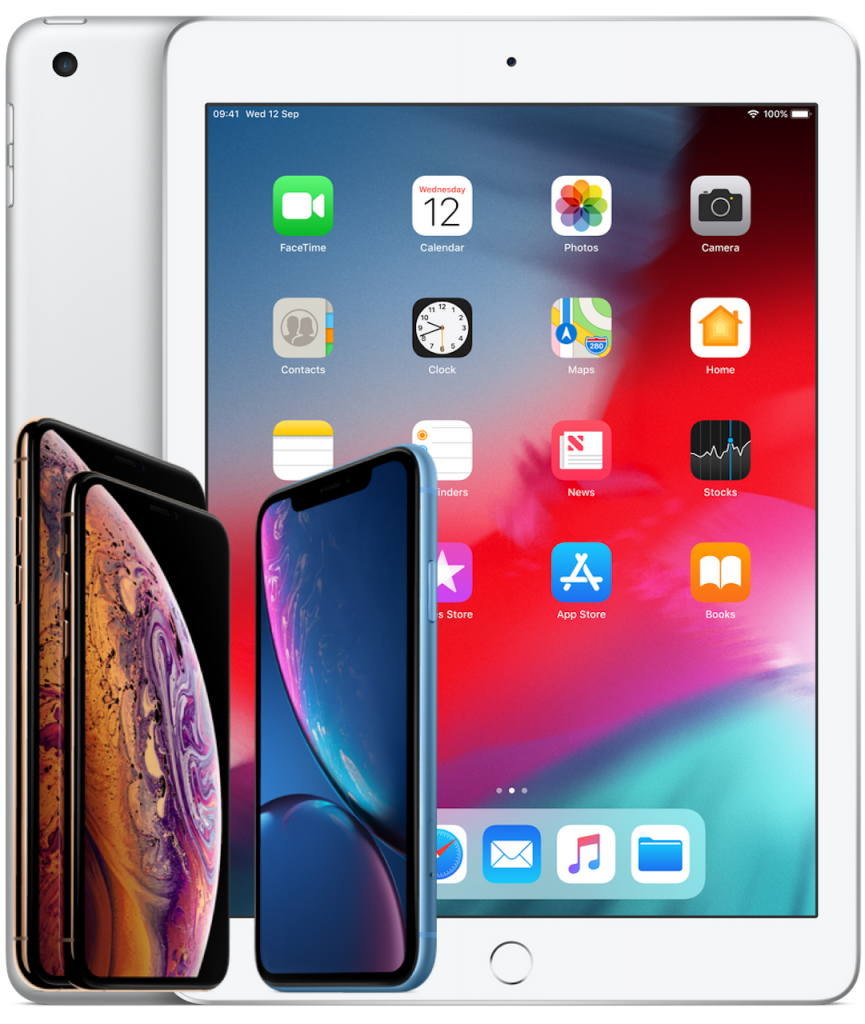 On September 12, Apple held its annual press conference at the Steve Jobs Theater in Cupertino, CA. This was the first year that I had taken time to watch the event since becoming a beta tester, someone who is able to test out the software before it’s released to the public, instead of reading the Buzzfeed reviews the day after like I usually do.

Apple started out the event with a pre-recorded video of a woman running through Apple’s headquarters to deliver a briefcase to CEO of Apple Tim Cook. He then walked out in real time to make his appearance on the stage. The whole time I had anticipated the briefcase to be containing the new phones, but all it had was the clicker for the presentation. I felt like this made a great opening and brought humor to the event to ease the anticipation myself and others watching were feeling.

I patiently watched as Apple unveiled their first product: the Series 4 Apple Watch. However, the watch seemed to have no major variations. There were minimal processing changes, with the only big difference being the Electrocardiogram (ECG) monitor, which monitors heart rhythm. However, this alone made me want to purchase the watch, being that it caters to my health, as well as being a watch that can do far more than a Fitbit can.

Next was the section of the conference that I had been waiting for: the new iPhones. This year, Apple unveiled three new iPhones, the XS, the XS Max and the XR. The XSis most like the X except for its newer, faster Apple microchip and a few other small features such as the waterproof ability of up to 1.5 meters for 30 minutes, and a new gold color. Much like the X, it has a dual 12-Megapixel camera and supports wireless charging. Coming in with a 6.5-inch screen, the iPhone XS Max is the size of the plus models of the 6,7 and 8.

The most drastic difference was the arrival of the iPhone XR. Although similar in design, the XR features a higher grade LCD screen rather than the OLED one on the X, as well as a single camera unlike the dual setup on other X models. The phone comes in six colors, much like the 5c did in 2013 and has an aluminum finish around the edges to make space for wireless charging.

As Tim Cook spoke, I began to think about how Apple was introducing new features slowly. This gave the illusion of major improvement, when in fact they barely changed anything. It was capitalism at its finest.

This issue has not impacted my life until recently. Over the summer I had the choice to either get a new phone or wait until September for the iPhone XS. Because I love photography, and my phone camera was glitching, I wanted an updated camera right then to take advantage of my surroundings for the summer. I was in love with the ease of the X and its beautiful camera, so I decided to upgrade.

That’s not to say I hate the XS. In fact, I think it is a wonderful phone, but it didn’t catch my eye the way the X had. The release of the phone in September felt rushed and obligatory, lacking the innovation and passion I usually associate with Apple. It felt like the reopening of a beloved restaurant, but with the same menu and chefs. The XS felt like an item of shock value, rather than a new device.

I can’t complain about Apple’s decisions to make minor changes to the hardware because nearly every single phone they’ve produced is a powerful computer, but I’m disappointed to see the 10th-anniversary iPhone’s individuality being replicated. I feel like it takes away from the whole concept of the X, which was a special edition phone. Its hardware was unlike any of the other iPhones of the past, and it feels like the XS took away that individuality.

I used to think that bigger was better and carried my 5.5-inch iPhone 6s like it a mini tablet. Over time, my phone would cause me problems like carpal tunnel, calling for a smaller alternative that would reduce the pain. The 6.5-inch screen on my current phone is nearly an inch smaller than that of the XS Max and the XR, leaving me conflicted as to why Apple decided to create a “plus” version of the X model.

Continuing on, I felt like the XR was a bold financial move for Apple, as the similar 5c and SE designs didn’t do very well. Because the XR is supposed to be the budget version of the X, it seemed to get rid of some of the best features of the X, including 3D touch and the dual 12-Megapixel camera. It is for those reasons that I feel like Apple has lost touch with its consumer base, instead, creating powerful machines that are flashy and aesthetically pleasing.

Despite this, I know that the market for these new phones will be incredibly vast. People will shell out £1000 for a new phone that could possibly rival an X with iOS 12. A major focal point during the conference was the Augmented Reality (AR) experience on the XR and XS. If we rewind a year, the same idea of VR/AR technology was being presented alongside the X and 8 at the Apple conference in 2017. That idea seems to fly out the window when developers are virtually battling each other on stage with XS, which, to me, seemed like recycling an old idea.

There is another issue in iOS 12. Since I have been an Apple consumer for years, I have seen their developing technology over a significant period of time. After each of their conferences, I would talk for hours about my opinions on everything, which were mostly positive. Having been a Beta tester, I was able to test out iOS 12 for two weeks before, which was been both exciting and disappointing.

The new features in iOS 12 are intriguing at first glance. I am just as excited as the next person about the 32-person FaceTime, but it isn’t included in the newly released version. Apart from a few new features like ScreenTime, AR Measure and Memoji, which requires the X’s True Depth camera, I wouldn’t be encouraging people to download it now. However, redesign doesn’t equal progression, and I feel like Apple is losing a lot of their market as they no longer appeal to young users. I feel like iOS 12 was made for parents of younger children, which is smart, but it only reaches the interest of a few types of people. In all, it is no iOS 7.

The final event of the year was the October 30 iPad Pro and MacBook Air release. Right away, this iPad is dissimilar to its predecessors. The first major change was the disappearance of the home button, like the iPhone X. In its place is the True Depth FaceID camera, embedded into the top so no need for a notch. It also has an LCD Liquid Retina display like the iPhone XR. One of my favorite features though was the optimization support for Photoshop and other Adobe apps that require more energy to run.

Another great feature of the iPad Pro is the multitasking utility. The multitasking feature allows the user to simultaneously FaceTime, send emails and search files all in one display. This feature transforms the iPad from a large display iPhone into an iPhone/MacBook hybrid that I would definitely consider spending money on.

The one big drawback I noticed, both this device and past MacBook designs, was the necessity for a new charging cable. The USB-C cable is consistent with the MacBook Air’s, so in theory, they would be able to charge through the same cables, but not through older ones.

While I left the first live stream event feeling like Apple was trying to resell the X, the second left me in awe since I haven’t been a follower of iPad updates. Unlike the iPhone conference, the iPad one seemed to be a newer, more innovative one. I feel like it gives me more freedom than before in terms of a non-cellular handheld device. Of all the devices shown, the iPad is definitely on my list of innovative devices to buy.