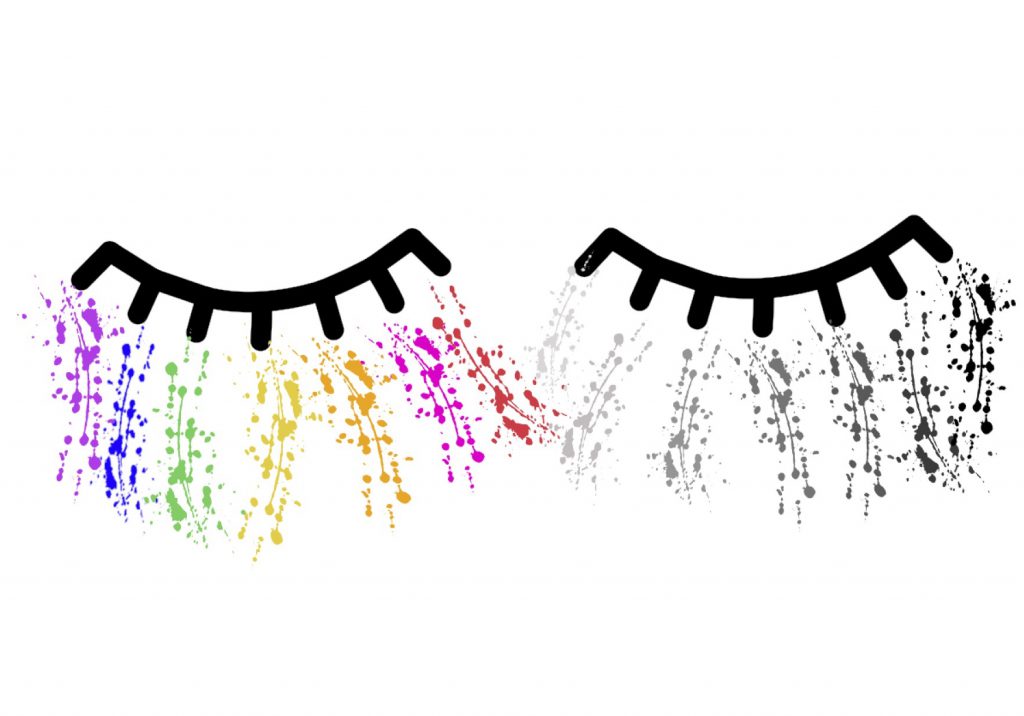 The room would turn red or green indicating when to stop or start the go-kart, but for Liam Hamama (’20), who is deuteranopia color blind (red-green color blind), this proved to be an impossible task. “I wouldn’t know when [the room] was green or red so I tried looking around me to see what everyone else was doing,” he said. “But on a couple occasions I messed up and when it was green I stopped or vice versa.”

Hamama discovered that he was color blind, the inability to distinguish colors or see any color, in elementary school after struggling to differentiate greens from reds when coloring. “In my mom’s family a lot of people are color blind, so I think she understood that I was color blind,” he said.

For the most part, Hamama does not mind being color blind and has always thought it was “pretty cool” as it made him “different.” Additionally, being color blind has provided Hamama with the perfect icebreaker. “It’s a great conversation starter,” he said. “If there’s an awkward silence I can always bring that up. It’s a great fun fact.”

Like Hamama, Matthew Pope (’20) is also deuteranopia color blind. “I am better at identifying green, but it is harder for me to identify shades of red,” he said.

Pope pieced together that he was color blind during a science class in Grade 8.“[I] was sitting in class and we were talking about genetics and how it relates to colorblindness, and I remember thinking ‘I can’t read this’ and then realizing [that] I must be color blind,” he said. Pope later discovered that his father is also color blind, and that color blindness in his family is hereditary.

Color Blind Awareness, a website that attempts to educate people on color blindness, reported that an estimated three million people in the U.K. are color blind. Additionally, color blindness affects “approximately 1 in 12 men…and 1 in 200 women in the world.”

For Matthew Leonard (’19), being deuteranopia color blind had never affected him up until this year. Leonard wanted to enroll in AP Art History, but was advised against it by his college counselor because he is color blind. Leonard called the college board to ask if being color blind would be a problem if he chose to take the class, but they did not give him a clear answer. He eventually spoke to Social Studies Teacher Shrita Gajendragadkar, the course teacher, who said she did not think being color blind would be a problem, and if an issue arose “she said she would help me work through it,” he said.

Being color blind, Hamama has always found the idea of perspective particularly fascinating. “Two people who aren’t colorblind could see something that’s red as blue. We’ve been taught that red is red but maybe someone sees red as blue but they call it red,” he said.