Hatzmann talks ice hockey and breaking out of the ASL bubble 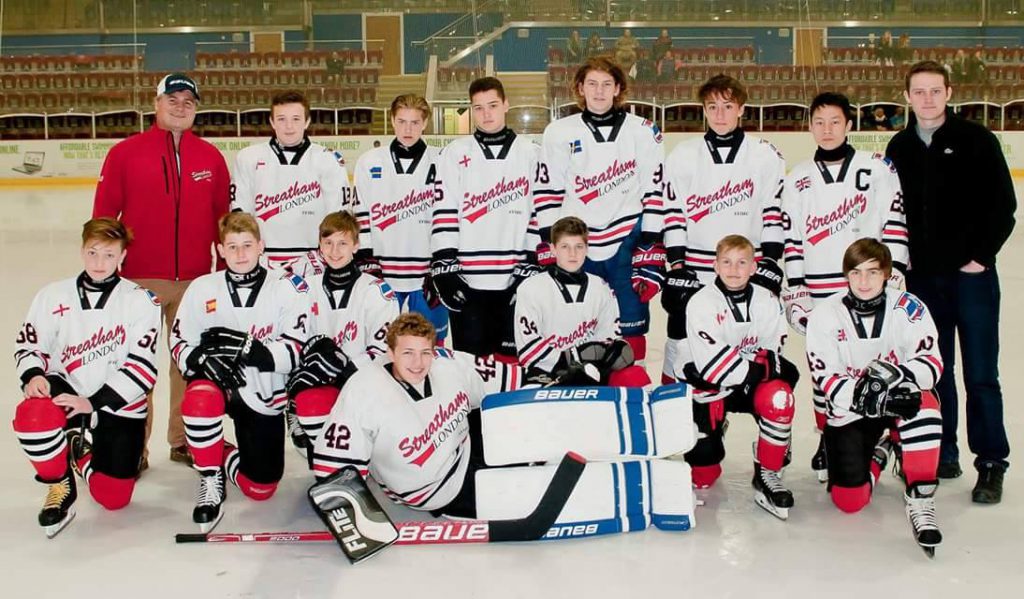 The pursuit of a sport lacking in popularity and influence throughout England might seem unsustainable and even tedious to some, but Tanner Hatzmann (’20) has developed his passion for ice hockey in meaningful ways through his continued participation in U.K.-based leagues. Since 2017, Hatzmann has been the goalie for Streatham Hockey’s under 18 team.

Hatzmann has been passionate about ice hockey for as long as he could remember. After moving from New York, where he took up the sport, to London at the age of seven, Hatzmann sought to continue his passion in a new country. “I think the only thing that changed significantly after moving was that the league here is almost entirely made up of British kids, which actually surprised me. The presence of hockey in London was something that I had barely even considered or associated with England,” Hatzmann said.

Hatzmann views the majority British presence in his league as a positive, especially given the nature of going to school each day where American is the dominant nationality in the community. “We kind of live in a bubble within St. John’s Wood, and in order to integrate with the broader community of where you live, you need to be doing stuff outside of the ASL curriculum,” he said. “I think hockey is a great example of that.”

Hatzmann does see some benefit to the fact that ice hockey is not offered at ASL. “I think part of what makes ASL so appealing for incoming American kids is that everything is there,” he said. “You can do golf, soccer, rugby or whatever, and all of it is readily accessible.”

Hatzmann feels that seeking the opportunity to play hockey outside of school, “has been a driving force to leave the comfort zone [of ASL] and explore new ideas.” However, he also sees the logistical obstacles in implementing the sport into the ASL athletics program, stating that, “we most likely wouldn’t be able to fill a team.”

[perfectpullquote align=”full” bordertop=”false” cite=”” link=”” color=”” class=”” size=””] “We kind of live in a bubble within St. John’s Wood, and in order to integrate with the broader community of where you live, you need to be doing stuff outside of the ASL curriculum” – Tanner Hatzmann (’20)[/perfectpullquote]

The bonding aspect of playing on a team also helps Hatzmann to reach out to people he wouldn’t normally reach. “I really enjoy hanging out with other players outside of just playing, especially given our common interest in hockey,” he said. “I got to know people I would never have met otherwise, and if the team was filled with Americans, it just wouldn’t be the same.”

Ice hockey has also opened up unique opportunities for Hatzmann across Europe. “Every other year our team will go to a competition somewhere else in Europe and play games on a broader scale,” he said.

Hatzmann also notes the continued growth of ice hockey both in London and throughout the rest of England since his arrival. “When I first moved here there were only three age levels, but since then they have split it into four and added more leagues,” he said. “Now we have four leagues each with three divisions.”

He also noted that not only is his team expanding, but other teams across the country have also been created. Alongside getting more people on the ice, the benefits of increased play also help to “fund and maintain facilities which might otherwise go unused,” Hatzmann said.

As more teams develop and rinks are filled, Hatzmann takes pride in being part of a growing community of ice hockey players around England. “It is really satisfying to see this ongoing shift in popularity since it is a great sport,” he said.