Defining news in the digital age 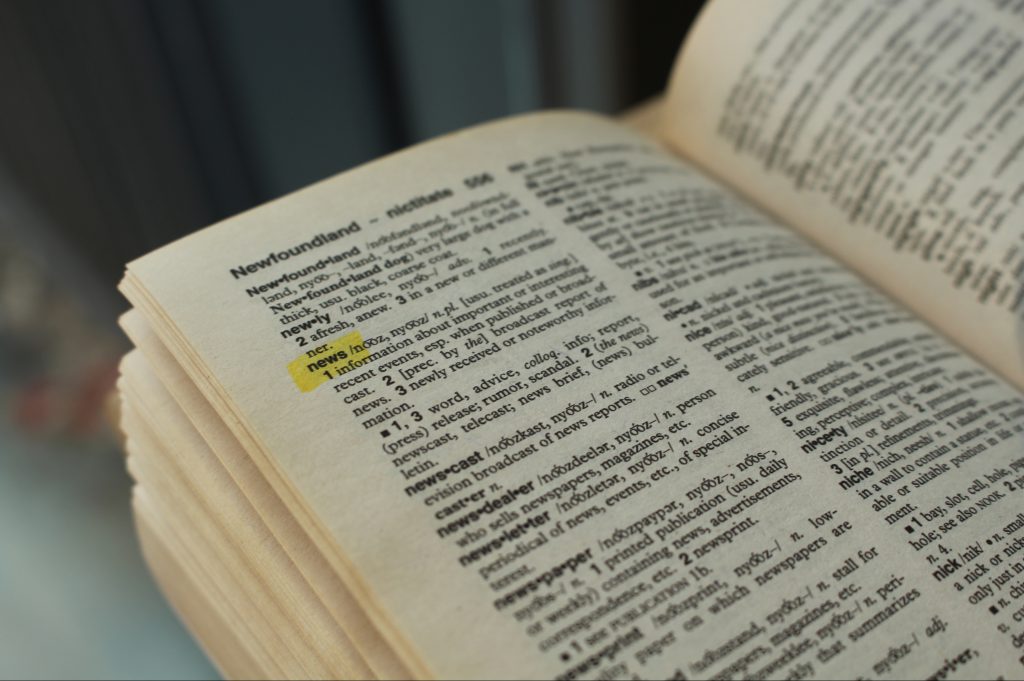 Margot Langman (’22) defines news as “information that is being passed from one source to another.” Whether that’s somebody delivering good news or hearing it on the television,  reading it in a newspaper or seeing it social media, Langman believes news can be further defined as anytime someone is “absorbing knowledge from another source.”

In this age, with news transmitted digitally, people have the ability to explore the world in a matter of milliseconds.

Langman believes that news has transformed into something completely new in less than a decade. No longer is it just the paper on a doorstep or being handed out at the Tube entrance, rather it is an app on a phone, a scroll on a feed or a YouTube video.

Social Studies Teacher Christopher Wolf believes that the news has become “polarized” where “sensationalism dominates” the industry. Sensationalism, he believes, happens when entertainment and news mix for marketing benefits.

This mix creates a situation where students are potentially getting news from sources such as comedy shows that turn facts into entertainment. Wolf also sees that “the most provocative issues get the most airtime.”

He believes that this is a problem that students will have to deal with, emphasizing the need to get a variety of perspectives– even the ones which they disagree with or make them uncomfortable.

A “bubble” Wolf believes is something each person has that affects their lives and how they view the world. “Significance transcends that bubble of their own making and so [news] is what keeps it engaged in a broader sense of being engaged as humans,” he said.

Langman agrees with Wolf, in that she understands the difficulty of leaving a comfortable environment. “When… you’re in this bubble of safety, why ever step outside the bubble? Why break the bubble?” she said. “But what is important is … not to just go with what you are being told, but to break the bubble, ask questions, to go deeper and figure out what things mean to you and what you believe,” she said.

[perfectpullquote align=”full” bordertop=”false” cite=”” link=”” color=”” class=”” size=””]”News is what keeps us in engaged in a broader sense of being engaged as human people as human beings,” Social Studies Christopher Wolf said.[/perfectpullquote]

The ability to question other people in one’s community and to further their curiosities is essential. Lily Kozloff (’21) stressed the importance of talking to peers to achieve this. Kozloff thinks it’s important in order to expand one’s opinions and thoughts on a specific topic. “You’re gonna stay in that bubble because you’re not exposed to what is happening outside of your own little world or the world of social media,” she said. “It is important you try to hear about other parts of the world so you’re not just in that bubble.”

Wolf believes checking the news every day, being updated on what happens in the world and hearing from multiple perspectives are just a few ways to “transcend” the bubble; “engaging in ideas” is fundamental in order to expand one’s view. “Any time you make one set of assumptions and rank things based on those assumptions, other things will fall out of place,” he said. “By being able to compare different sets of assumptions and perspectives you get a greater sense of what might be significant or impactful.” It is crucial in our world to use comparison skills and different perspectives when reading the news today.

Finding multiple perspectives is what creates a well-rounded view. Langman, who cites tweets from politicians as one of the ways she attempts to explore different perspectives, believes that it is important to look at all the facts and details of an issue before cementing one’s opinion on the bigger picture. Langman looks at two different extremes to find where her beliefs match up and where she believes she lies on the spectrum of an issue.

However, this approach can be difficult when living in an era of “fake news.” Wolf believes a news topic is often labeled “fake” when it is something someone of a specific opinion would not agree with. “[Fake news] assumes that I have a unique hold on the truth and the use of truthfulness… evaluating the assessment of what is significant and important about something is important and we need to be able to say that that is important,” he said. As students, Wolf believes that we tend to reduce news to a cliché or to a fake label to eliminate the impact.

“It’s extremely depressing that fake news is even a thing,” Langman said. “We forget the importance of truth when we push our beliefs [over the truth].”

Langman believes that finding a balance in how news is viewed is important, as is having all the facts and hearing both sides of a story. “If you hear one side of a story and then another side you will put them together and see where they line up,” she said. “At the point where you have all the facts and sides of the story, it goes off what your personal beliefs, what you are willing to fight for and what you believe is right and wrong.”
Photo by Alexandra Gers