Black Mirror: Bandersnatch, an attempt at innovation or a total fail? 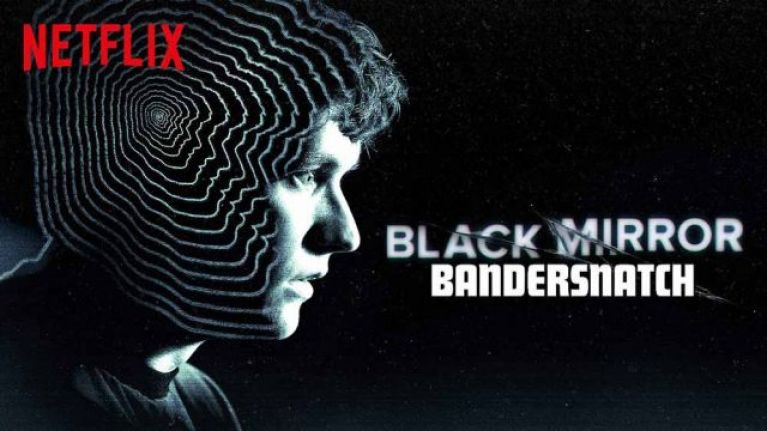 Bandersnatch, the first standalone film from Netflix’s Black Mirror TV series, is an interactive and non-linear film that allows the viewer to steer the plot by asking questions and providing two choices for the viewer to choose from. These questions range from, “what type of cereal would you like?” to more vital, in some cases life or death, questions that lead to one of six alternate endings.

The movie is a psychological thriller about society’s flaws that exaggerates our inner fears concerning the world around us. Because of the choose your own adventure format, the protagonist of the film begins to notice the viewer’s decision making, and parallel universes are created where choices in one universe affect the others. It is this engaging aspect of the film that has motivated many viewers, including myself, to watch Bandersnatch.

Released in December, the story is centered around Stefan Butler (Fionn Whitehead), a teenager whose mother died when he was very young who now lives with his father (Craig Parkinson). Stefan is obsessed with a novel named Bandersnatch, which he attempts to adapt into a video game for the Sinclair Spectrum gaming system in 1984. The book itself is also a choose your own adventure story and drove the original author crazy while writing it. Software development company Tuckersoft agrees to take on Stefan’s game, but the head of the company, Mohan Thakur (Asim Chaudhry), pressures Stefan to finish the game in time for Christmas. Along the way, Stefan realizes he loses his free will, and that some intangible force is controlling his actions.

In January, Netflix U.K. and Ireland even revealed a sixth hidden ending nobody had discovered yet. Despite the six endings, there isn’t a set order you can discover them in and there are many ways to reach each one.

Although many reviews of Bandersnatch claim the choose your own adventure aspect of the film is pointless because the viewer is guided towards making certain choices to receive a certain outcome, I believe that is the entire point of the film. Bandersnatch’s message is that choice doesn’t exist, there are factors controlling our lives that are beyond our control and we only have the illusion of free will. This is present in both the viewer controlling Stefan’s story and the producers of Bandersnatch controlling the choices we make for Stefan.

As a result of the format, viewers almost become characters in the movie because it’s so immersive and interactive. Having the opportunity to develop the storyline firsthand enhances the viewing experience and allowed me to make the story whatever I chose. However, this comes with a cost since some people prefer to be surprised by the endings of films, which is impossible with Bandersnatch since viewers choose how the movie ends.

Recently, Bandersnatch has led  Netflix into legal trouble with Chooseco, a company founded by R.A Montgomery to republish the Choose Your Own Adventure book series. The company filed a lawsuit worth $25 million against Netflix on trademark infringement of the phrase “choose your own adventure” within Bandersnatch. Chooseco claims they trademarked the phrase in association with movies, books and other forms of media, and that Netflix started negotiations with Chooseco in 2016 to license the phrase for films and animated series, but nothing came of it.

Overall, Bandersnatch is a film worth watching to try out the choose your own adventure format, which is certainly engaging and adds layers of complexity to a movie already full of hidden meanings.