Protesters outside of Parliament voice their opinions

There was something almost fanatic in the chants of the protesters outside the Houses of Parliament, voicing their opinions about the delayed Brexit vote on January 15. Citizens from all over the U.K. set aside the time to be outside of the seat of power during the controversial debate to express how they feel. Protesters were split between pro-Brexit and pro-remain, with a smaller subsection supporting “deal” or “no deal” Brexit.

Many of the protesters wore costumes or carried signs expressing their views. One such group of Brexiteers wore yellow vests in order to show solidarity with the French working class, who have been involved in protests against the French government as of late, some ending in violence from the police.

While Anna Soubry, a pro-EU MP, was conducting an interview outside of Parliament on January 7, a group of British yellow-vest protesters shouted over the fence at her, repeating the phrase, “Soubry is a Nazi!” When she attempted to enter the building, they followed and circled her, chanting “Scum!” 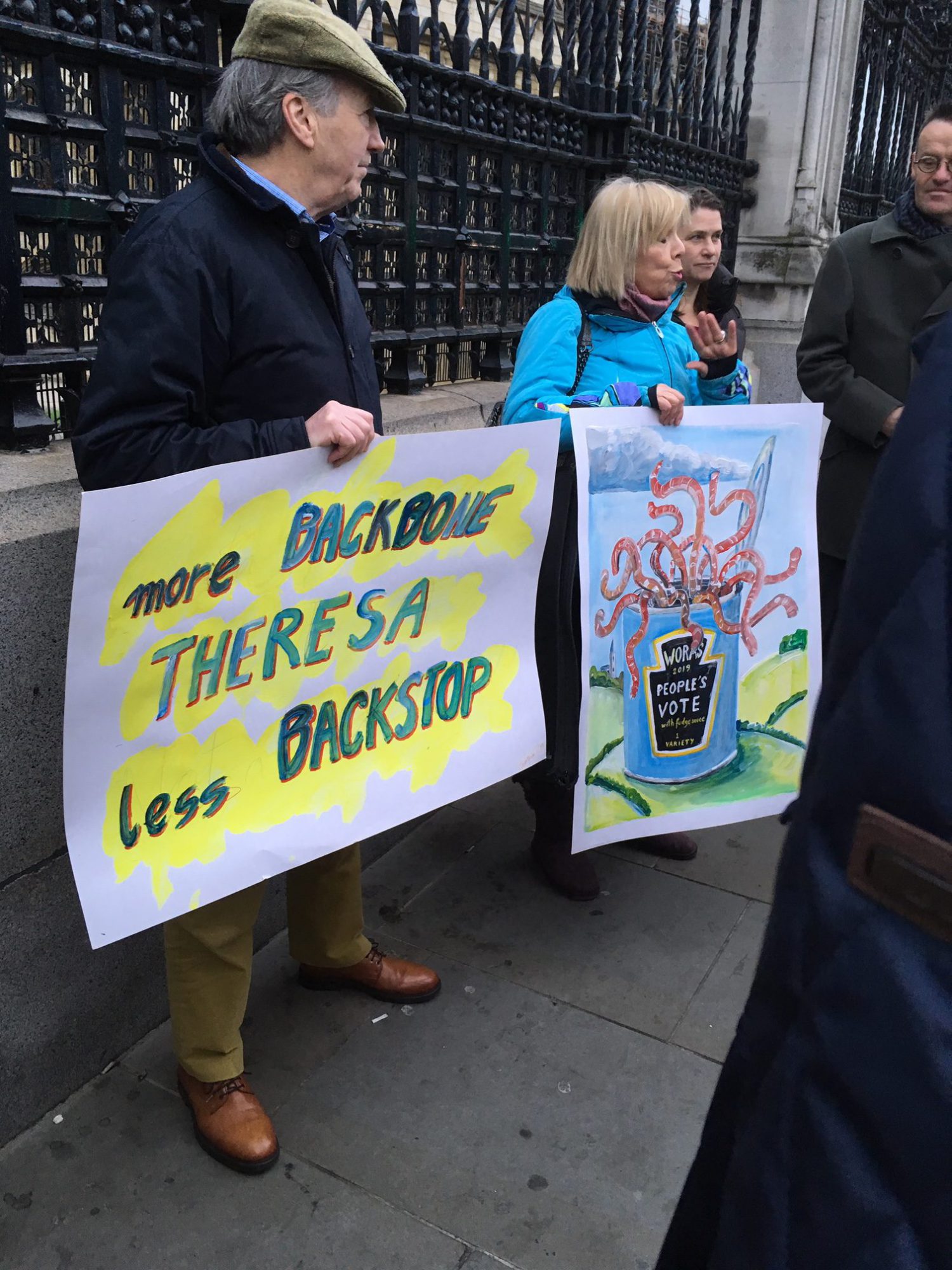 World Civilizations teacher Becky Mason chaperones the “In Search of Brexit: Putting the Great back into Britain?” Alternative. The group visited Parliament a few hours before Soubry’s interaction with the protesters. “As a woman, if I were walking in that situation with men circling around me, shouting at me–that to me is harassment,” Mason said.

The Alternative group had the chance to meet with different groups of Brexit protesters on their recent trip to Parliament. “We saw two protesters when we first got there,” Mason said. “They were Brexiteers. They wanted to leave [the EU]. We chatted with them briefly; it was very polite, they were very sweet.”

Evan Van Jaarsveld (’21), who is also on Mason’s Alternative, echoed the sentiment. “Most of them seemed like seniors in their retirement ages,” he said. “[The two groups] were both very kind… they weren’t giving glares to each other. They weren’t shouting at each other.”

It is difficult to reconcile these sweet pension-age protesters with the image of someone like  Colin Grostate, a yellow-vest protester and retired cab driver interviewed by the BBC. “I am willing to die for the vote,” he was quoted saying. “If they don’t leave on the 30 March, there’s thousands like me up and down the country that is willing to stand their ground.” 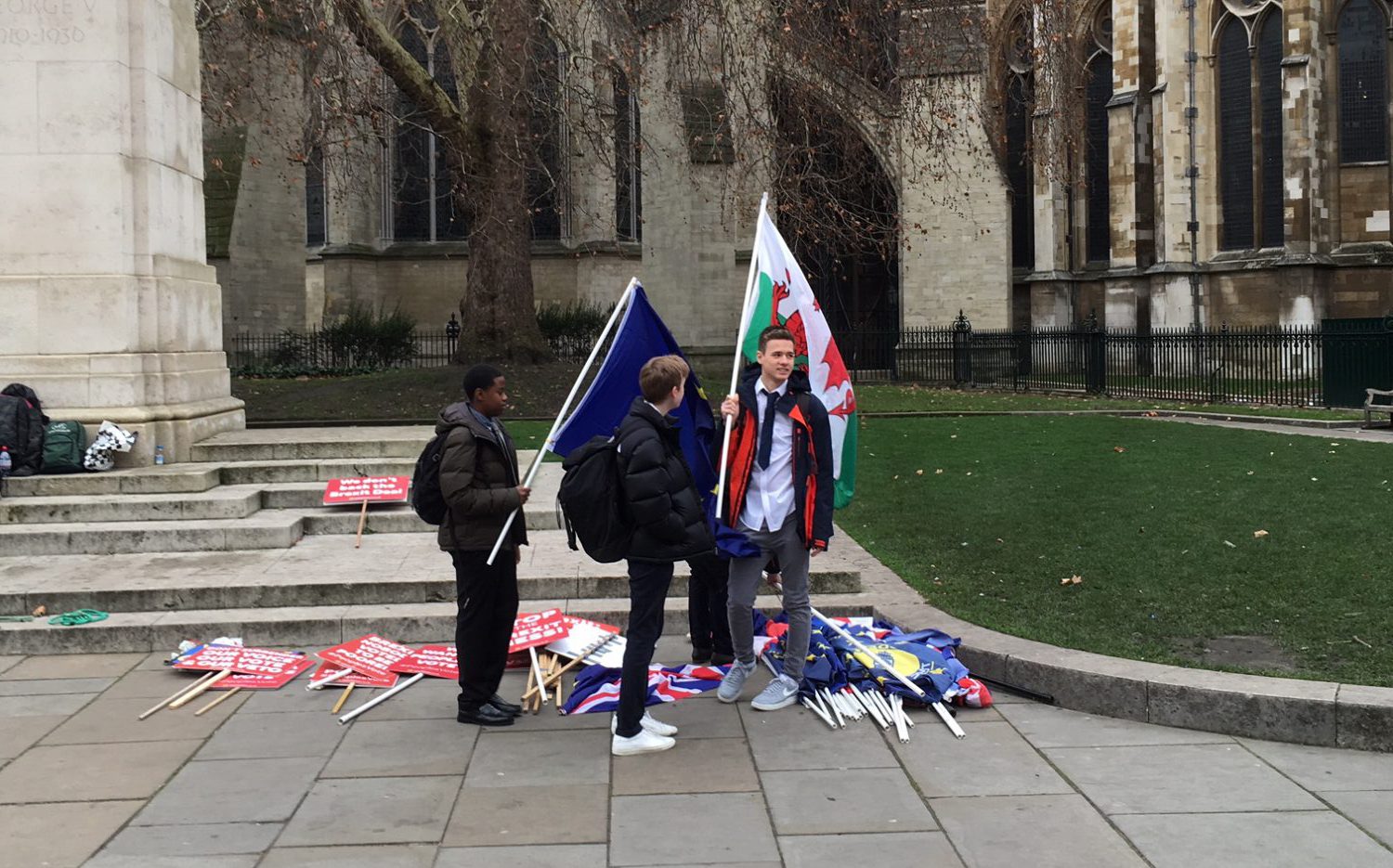 The unofficial leader of these yellow-vests is James Goddard. In the past, the group has accosted then-Sky News reporters, Faisal Islam and Kay Burley, allegedly on basis of race and gender, respectively. The protesters vehemently support a no-deal Brexit.

MPs have been calling on the Metropolitan police to be more active in situations such as these.

“There was a police presence,” Mason said. “It wasn’t repressive.” She added that she saw absolutely no need for a more active police presence in situations such as the one that she and Van Jaarsveld encountered, but that they should have been there in Soubry’s case.

With Britain’s future regarding Brexit still unclear even after the delayed vote on January 15 that determined that Theresa May’s Brexit deal would not pass, it’s not certain whether or not these yellow-vest protesters will be satisfied with the outcome or if the presence of the police outside of Parliament will vary. What seems to be clear to Mason as well as most of the MPs, however, is that there is a line between protests and harassments and that it was crossed in this situation.