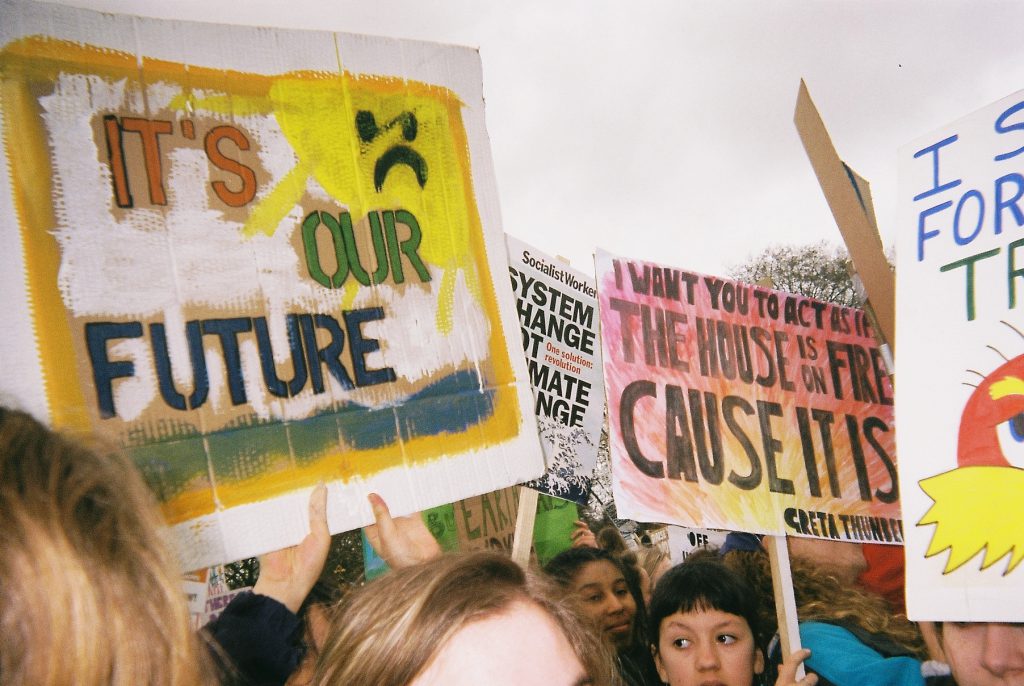 It has been exactly one week since students across the world partook in climate change protests. The march was inspired by 16-year-old Swedish climate activist Greta Thunberg, who has skipped school every Friday for the past six months to protest the lack of government action and irreversible effects of climate change.

During periods 5 and 7 on March 15, students flocked to Parliament Square to participate in the second youth climate change march, which was organized by U.K. based group Youth Strike 4 Climate.

Having heard about the first march, which took place in February, Co-Presidents of the Sustainability Council Jacob Nathan (’19) and Monet Streit (’19) wanted to involve ASL students. Nathan said that they wanted to get more “crowd support for [the march] so more people would come.”

The Sustainability Council’s goal was aided by the Student Council, who posted on their Facebook page and hosted a poster making session the day before the march. Furthermore, the administration sent out a high school-wide email explaining that while the protest wasn’t school-sponsored, they supported students’ ability to protest, so the missed classes were not marked as unexcused absences. “Our high school’s philosophy is to support student activism and to respect students’ opportunity to organize,” High School Principal Devan Ganeshananthan wrote in his email.

Sustainability Council member Emma Whitman (’21), who partook in the march believes that it was the perfect opportunity to raise awareness for the irreversible effects of climate change. “Our climate is the most important thing and an issue that we can tackle because, without that, there would be nothing else,” Whitman said.

While some students did not participate in the march due to conflicting interests or exams scheduled on the day, some students like Randy* (’21) could not protest due to their connection to the U.S. Embassy, but still felt it to be an important event. “It’s hard not being able to express your opinions, especially when it’s something like climate change,” he said.

Due to the pressing issues of climate change and passionate young activists, the march was full of intensity: students climbing on buildings, chanting and shouting. Astaria Menzies (’19), who attended the protest, said, “It was breathtaking to see people of all ages coming from different places uniting to fight for the same thing, and even more breathtaking knowing other countries were doing the exact same.”

Nathan felt similarly but believes that there is much more to be done before the 12-year deadline set by UN climate change reports to limit irreversible catastrophic effects. “The march was a meaningful step forward in that people of our age group are actively engaging in possibly the most important issue of our time,” he said. “I think we have a long way to go in terms of keeping governments around the world accountable for their footprint.”

Nathan further recognizes the importance of change coming directly from the government through legislations. “The next step is to keep the pressure on those in power and make it clear that until they make ambitious and legally binding pledges to reduce emissions and fulfill their roles as politicians, then we won’t fulfill ours as students,” he said. “MPs need to listen to what we want as we’ll be the ones voting over the next few years… The sooner we act, the less difficult and expensive it will be.”