Casual anti-semitism among Liberals should not be ignored 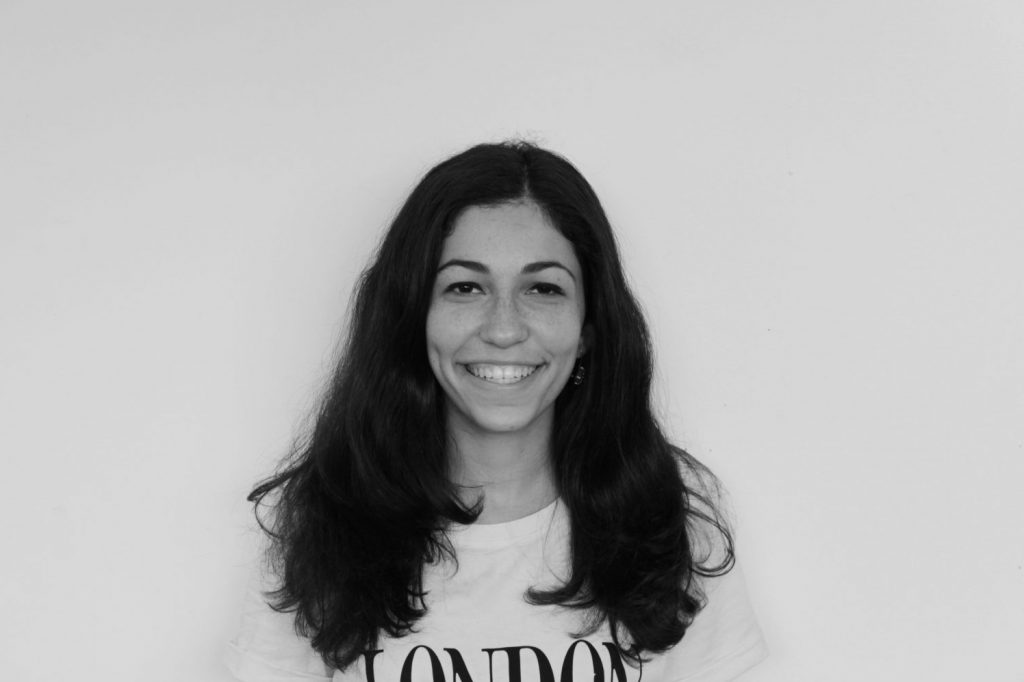 Jeremy Corbyn, the leader of the Labour Party in the U.K., has faced numerous allegations of anti-semitism since he rose to power in 2015. He originally garnered criticism following comments he made that militant groups Hamas and Hezbollah, both of which have called for the end of Israel, were his “friends,” and that cleric Raed Salah, a man who has claimed Jews drink the blood of children, was an “honored citizen.”

Additionally, in 2014, Corbyn attended a wreath-laying ceremony at a cemetery in Tunisia which contained the graves of members of the terrorist group, Black September, the group that carried out the 1972 Munich Olympics terrorist attacks, where 11 Israeli athletes and officials were kidnapped and killed.

I distinctly recall a conversation with a group of my friends, where we debated which U.K. political party to support. I shared my opinion about why I feel Corbyn is anti-semitic, and two of the people I was talking to, both strong Corbyn supporters, looked at each other and one said “Well, I see what you’re saying, but it doesn’t change my opinion, because anti-semitism doesn’t affect me.”

I do not understand why people are so quick to excuse anti-semitism from the left. While I know that many discriminatory policies in the U.S. will not affect my life, I still take a stand against them because it is my responsibility to speak out against the disenfranchised, which I do alongside many of my peers. I can’t help but feel shocked and hurt when people don’t do the same for me and the rest of Jewish community.

The anti-semitism presence in the Labour Party represents a growing problem in the liberal community. Many left-leaning people, including those at ASL, do not see anti-semitism as their problem. They feel justified in criticizing both Israel and the Jewish community in general, without understanding either the history of the Jewish people or the stereotypes used to discredit the community.

In February, Representative Ilhan Omar (D-MN) stirred up controversy following a tweet that conflated pro-Israel sentiment in the U.S. with the alleged financial influence of Israeli lobbyists. This is not the first time Omar has faced criticism for her statements on Israel. Omar tweeted in 2012 that “Israel has hypnotized the world.” Although she later apologized following bipartisan criticism, and claimed she did not understand the impact of her words, these tweets call back to old anti-semitic stereotypes claiming that Jews have a hypnotic and malicious hold on power and money, and Omar has made offensive comments about Israel and Judaism repeatedly. 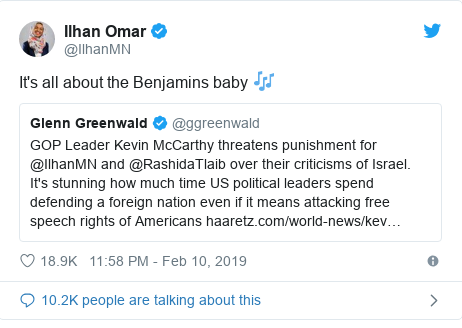 Many prominent Democrats, including Kamala Harris, Bernie Sanders and Elizabeth Warren, have downplayed the impact of Omar’s statements by pointing out that she has been a victim of racism and Islamophobia. That is true, and there is no excuse for the abuse she has suffered. However, just like anybody else, Omar can be both a victim and perpetrator of bigotry. We should condemn those who make Omar the target of Islamophobic attacks, just as we should condemn Omar for targeting the Jewish community.

Using Israel as a gateway to anti-semitism is by no means a trope specific to Omar. In 2017, organizers of an LGBTQ+ rights march in Chicago ejected protestors for carrying rainbow flags with the Star of David on them because it was apparently a trigger for those who supported Palestine. The organizers argued that the star, which also appears on the Israeli flag, made people at the march feel unsafe, due to the allegation that Israel uses its support of the LGBTQ+ community to distract from their treatment of Palestinians.

I was first taught about the Star of David in my kindergarten Judaics class. It is a symbol of Judaism, and its first documented usage was in the third century. The protesters at this march were showing pride in both their LGBTQ+ and Jewish identities. One’s religion shouldn’t be a threat to anyone. This is an example of the troubling trend of anti-semitism being excused as an attempt to create a safe space for all.

The march organizers tweeted in response to the concerns about anti-semitism, “Zio tears replenish my electrolytes.”

Zio is an anti-semitic slur used by white supremacist groups like the KKK. The march organizers later apologized over Twitter, writing “Sorry y’all! Definitely didn’t know the violent history of the term. We meant Zionist/white tears replenish our electrolytes.” The Zionist movement is the support for the Jewish nation in Israel.

To me, this is not much of an improvement. The issue with the response of the march organizers is that they have separated anti-zionism and anti-semitism. With their response, they are implying that they can still support Jews without supporting a safe homeland for the Jewish people. One can be critical of Israeli policies, just as one can be critical of the policies in any country. However, as a result of the systemic cruel treatment of the Jewish people, there is a need for Israel to exist. Therefore, anti-zionism and anti-semitism are inherently linked, and people regardless of political affiliation must acknowledge that.

To understand why the Jewish people need a land of their own, one must first know the full history of the land of Israel. The land of Israel holds cultural significance for many religions, including Islam, Christianity, and Judaism.

In response to the Holocaust, there was a call from Jewish communities, along with the U.S., to establish a Jewish state in order to prevent another genocide. In 1947, the U.N. voted to partition Palestine, which at that point was ruled by Britain.

Ever since the formation of the State of Israel, there has been widespread criticism of both the existence of the state and its policies. Israel has been compared to Nazi Germany and Apartheid South Africa. In July 2018, Al Jazeera ran an opinions piece by Susan Abulhawa, who compared Israel’s controversial “nation state” laws to Nazi Nuremberg laws. The Boycott Divest and Sanction (BDS) movement posted articles in reaction to the same law comparing Israel to Apartheid South Africa.

While Israel does have serious human rights abuses, it is vital to make distinctions between discriminatory laws and genocide. Notably, Palestinians in Israel are citizens, and have the right to vote, whereas Jews in Nazi Germany were segregated, disenfranchised and systematically murdered, and non-white people in Apartheid South Africa were treated as sub-human. This is not to say that Palestinians do not face discrimination. However, comparing Israel to genocidal Nazis and white supremacists is not only untrue, it devalues the severity of those terms.

Criticism of Israel is not inherently anti-semitic, and like any other country, Israel and its government have its fair share of problems. I do not endorse the narrative of the conflict presented by Israeli Prime Minister Benjamin Netanyahu, the prime minister of Israel who has garnered criticism for his alliances with far-right, anti-Arab parties. As a democracy that supports free speech, LGBTQ+ rights, and female empowerment, Israel can and should continue to set an example in the Middle East.

I have never had a discussion about Israel without hearing someone say that the country has no right to exist.That is not a phrase I have ever heard when talking about any other country with human rights abuses, including Saudi Arabia, Iran, or Venezuela, which are all dictatorships, or the U.S., which has received condemnation for, among other things, their immigration and incarceration policies.

This is shocking to me, considering that Israel is a democracy created in response to a genocide. And yet, to many, Israel still seems to be viewed as the country worthy of the most criticism. Journalist Faisal Bodi wrote for The Guardian that, “the sympathy evoked by the Holocaust was a very handy cover for Israeli atrocities.” She goes on to argue that Israel has no right to exist.

For what it is worth, the “sympathy evoked by the Holocaust” was the result of the murder of innocent men, women and children. It is not a cover for anything. In 2018, The Conference of Jewish Material Claims Against Germany conducted a survey where 22 percent of millennials had not heard of the Holocaust. Two thirds did not know of the notorious concentration camp, Auschwitz.

I do not support the Israeli leadership at the moment, and I believe in the equal treatment of people from all faiths in the land of Israel. That being said, anti-semitism is on the rise across the world. According to the BBC, the Independent, and CNN, anti-semitic incidents went up 74 percent last year in France, 57 percent in America, and 16 percent in the U.K.

As a result of growing anti-semitism, having a Jewish homeland is important now more than ever. In order to have a productive conversation about Israeli policies, people need to accept the right of Israel to exist, and the right of the Jewish people to have a safe place to live.
Image from BBC