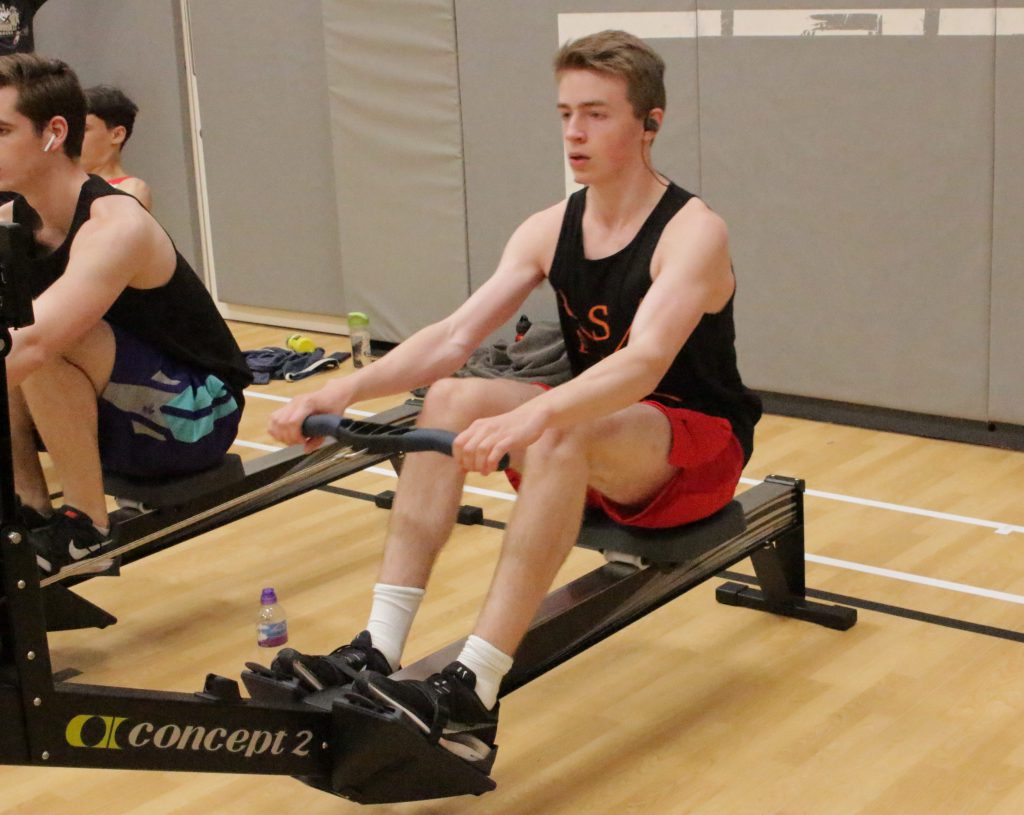 Sweat dripping from his forehead on to the blue gym floor, heart racing Matthew Hansen (’21) looks at the ERG and sees that he only has 500m left and he is on pace to break the U-16 10km world record.  His teammates circle around him screaming and shouting at him to finish strong. Hansen broke the world record by 20 seconds on March 27. “It felt great to finish the race and break that record because I had been training for it for such a long time,” Hansen said.

Hansen’s coach, Stuart Heap brought up the idea of attempting to break the record after looking at his recent times on races and ERG session.

Hansen said that his training leading up to the ERG session when he wanted to break the record consisted of longer endurance races mixed in with sprints to improve his stamina as well as speed. Hansen said that the training took a lot of “hard work and dedication” as he went to the fitness center and used the ERG on the weekends when there were no official ASL practices. He also went to the fitness center twice a week before school to improve his strength.

On the day of the race, Hansen tried to prepare himself mentally and physically. Hansen said, “All day I was thinking about it and trying to eat a lot of carbs so I had the fuel for during the race.”

When it finally came down to the row itself, Hansen said it was the hardest he had ever worked in the two years he’s been on both the developmental and performance crew team, but he believes that all of the training was worth it. “During the race, I just wanted to get into a rhythm,” he said. “It was not easy by any means but I felt like I had to keep pushing through.”

Hansen also said that his teammates played a huge role during his record-setting attempt. “My teammates were very supportive throughout the whole process and especially during my row,” he said.  “In the last 500 meters everyone was screaming and pushing me and I don’t think I would have broken the record by 20 seconds without them.”