Self-proclaimed “Rebels” flooded common spaces throughout Central London such as the National History Museum and went as far as Heathrow to demonstrate on the runway. Additional protesters climbed on and glued themselves to DLR carriages, causing major delays on the service.

XR was founded in May 2018 as a result of perceived negligence towards climate change by governments around the world, especially following the U.N. Secretary-General’s global warming speech. Since then, XR has developed three demands for the government to adhere to: Tell the Truth, Act Now, and Beyond Politics.

According to the official website, “Tell the Truth” involves acknowledging climate change and making the decision to declare a climate emergency. So far, the U.K. and Ireland are the only two countries to have made this decision. “Tell the Truth” also involves encouraging others to establish change.

“I joined XR in protest because I don’t want my future to be taken away from me. I don’t want my choices to be limited. If I have to fight for my future, I will fight,” Gabe Khitarishvili-Awed said.

‘’Act Now” consists of halting biodiversity loss and reducing greenhouse gases to zero emissions by 2025. Honoring their declaration, Britain went coal-free from May 1 to May 8 in order to promote the reduction of fossil fuels. Instead, additional natural gas was burned, which accounted for 46 percent of the country’s energy production during that time period.

Current statistics for the U.K. energy production can be found here.

“Beyond Politics” establishes a civilian-based assembly that works alongside the government in order to ensure productivity on crisis reduction because they believe not only governments can make change.

As much as he thinks that the government should take action, Khitarishvili-Awed believes that it is ultimately up to everyone to act if they want to fight human extinction by climate change. “The ‘Beyond Politics’ basis is actually very important because it’s not only the government’s fault. It’s also companies who produce so many negative substances which harm the environment. We’re the problem in the long run,” Khitarishvili-Awed said.

One of XR’s core values is nonviolence and it’s written on their website that “Using nonviolent strategy and tactics [is] the most effective way to bring about change.” Throughout their occupation of London and surrounding areas, a total of 1130 people were arrested. Khitarishvili-Awed believes that by encouraging non-violent strategy, “we’re showing people we aren’t harming anyone and we’re doing the best we can.” 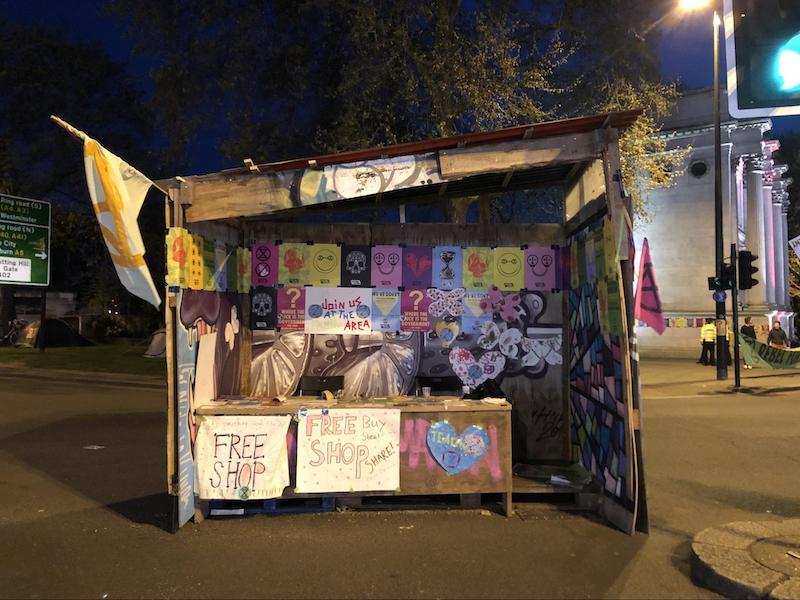 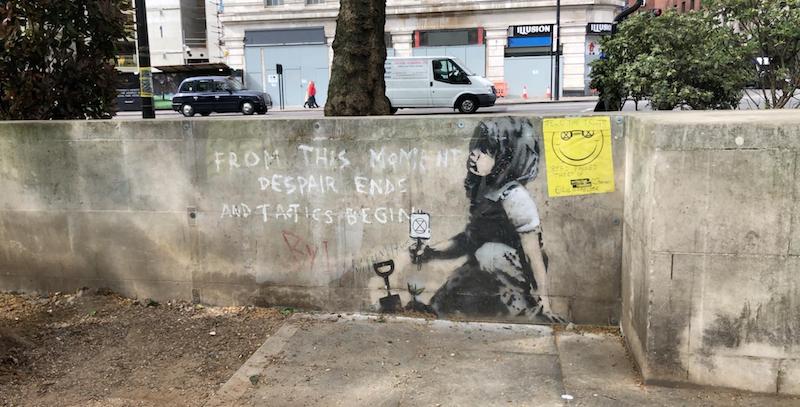 Former Sustainability Council Co-President Jacob Nathan (’19) didn’t attend the XR protest but attended the “Youth Strike 4 Climate” marches in March, April and May. Nathan believes that XR’s nonviolent strategy is fundamental to success. “If it takes those more drastic methods, then so be it. The inconvenience caused to commuters and people working in the city is minuscule to the inconvenience that not acting on this issue is going to have,” Nathan said.

However, Science Teacher and Sustainability Council Advisor Marisa Wilson feels that the method of protest was harmful to XR’s credibility and caused problems for daily commuters. “[The] point is being made by XR; however, what they’ve done in the process is turned some people away… in getting in the way of everyday lives, of people getting to work etc,” Wilson said.

Science Teacher Jude Ruff has recently attended an XR meeting in St. Albans to get more of an understanding of their mission. She thinks that their motives are in line with the scientific evidence of climate change as is their call for immediate action. “We have to disrupt business as usual… we’re on a path to our own destruction,” Ruff said.

Similar to many other movements like Black Lives Matter and #MeToo, XR is fueled through its many Instagram pages, as well as its website. To Khitarishvili-Awed, this is a very effective way to get young people involved in the cause. He finds it easiest to find out what XR events are happening through their Instagram and Twitter pages because the news can be instantaneous.