Reviewing the night to remember 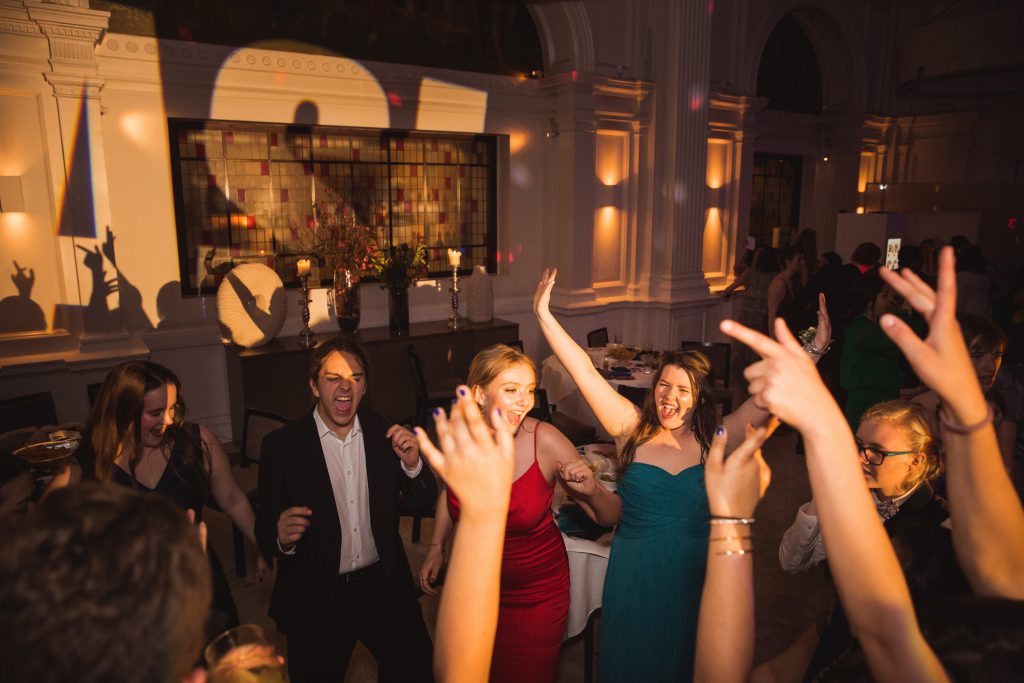 Just a few weeks prior to the end of the school year—but for seniors, the end of high school for good—Prom takes place outside of ASL to provide students with the experience of an American high school tradition and celebrate the end of a busy year for upperclassmen.

Last year’s event already had a good reputation, as Anya Syed (’19) recalls that it was a lot of fun and that the environment was exciting in contrast to exams just before the celebration.

Seniors posing for their final prom

Elijah VanderMolen (’20) felt the timing of Prom, which took place on May 18, was especially rewarding. He said that Prom was a great opportunity to spend time with friends, which had been difficult due to the recent hectic months, with studying for and taking AP exams.

As with every year, “promposals” were a key part of the 2019 Prom experience. Many took place during school hours and were entertaining for other students who witnessed them. However, not all of the promposals were necessarily to ask out a date, as some were purely platonic. This was the case for Marie Ogino (‘20). “I promposed to my friend, we just went as friends,” she said.

Although promposals and who one attends prom with have been perceived as issues which lead to pressure on students, VanderMolen believes that this isn’t the case at ASL “There’s been some criticism about prom and promposals in terms of dates because it can make people feel left out, and I’ve noticed that in other schools and other areas, but not so much here,” he said.

This year, Prom took place at Andaz London on Liverpool Street, whereas last year it was hosted at Le Meridien Piccadilly. As students walked in, they were met by Head of School Robin Appleby, Director of Student Life James Perry, High School Principal Devan Ganeshananthan and Grade 11 Dean Jennifer Craig to shake hands with, adding an inviting and formal aspect to the evening upon entry.

Then, students had the opportunity to take professional prom photos with friends or dates in a separate room from the main hall to create staged photos. More photos were taken later throughout the night around the venue.

The main hall was mainly occupied by a dancefloor, a non-alcoholic bar and seating for students. One of the most popular attractions from the night was the photo booth, which was fully equipped with props and constantly had a queue leading to it. The photo booth also served as one of the most special features of the night, as the instant photos meant that students “got to keep a lot of memories right away,” Syed said. 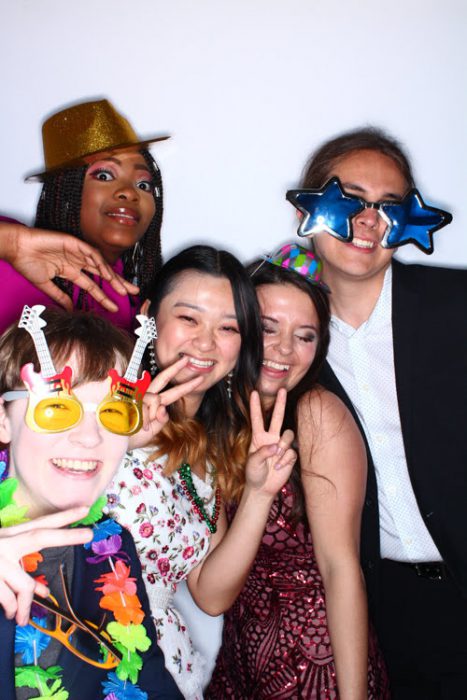 Seniors taking the opportunity to visit the photobooth

The dance floor was also where students—and some teachers who wished to join in—spent the majority of their time at Prom. Earlier this year, students were given an opportunity to give song requests, hence the students sing were arguably sometimes even louder than the music on the speakers.

Considering the event was held for two grades, the venue was packed, which made it hard for Vandermolen to feel connected to the event. “[Prom] could have been a bit more interactive, maybe you could have made song requests while you were actually there, just to make it feel a little more personal.”

However, because the majority of upperclassmen attended, Ogino found the event to be an opportunity to connect with others in a setting which was completely different from corridors and classrooms. “It was nice that I got to hang out with my friends and with some people that I didn’t really know either,” Ogino said.

The dance floor was clearly an entertaining feature for all students

Although the event’s timing was initially ideal and prom itself was enjoyable for VanderMolen, he quickly noticed the transition back to school the following Monday. Next year, he hopes to not have as much stress when prom comes around. “By [next May], I would hope that I would have been accepted into university, so I wouldn’t have to worry about [projects] or any upcoming exams,” VanderMolen said.