Looking back on new students’ transition to ASL 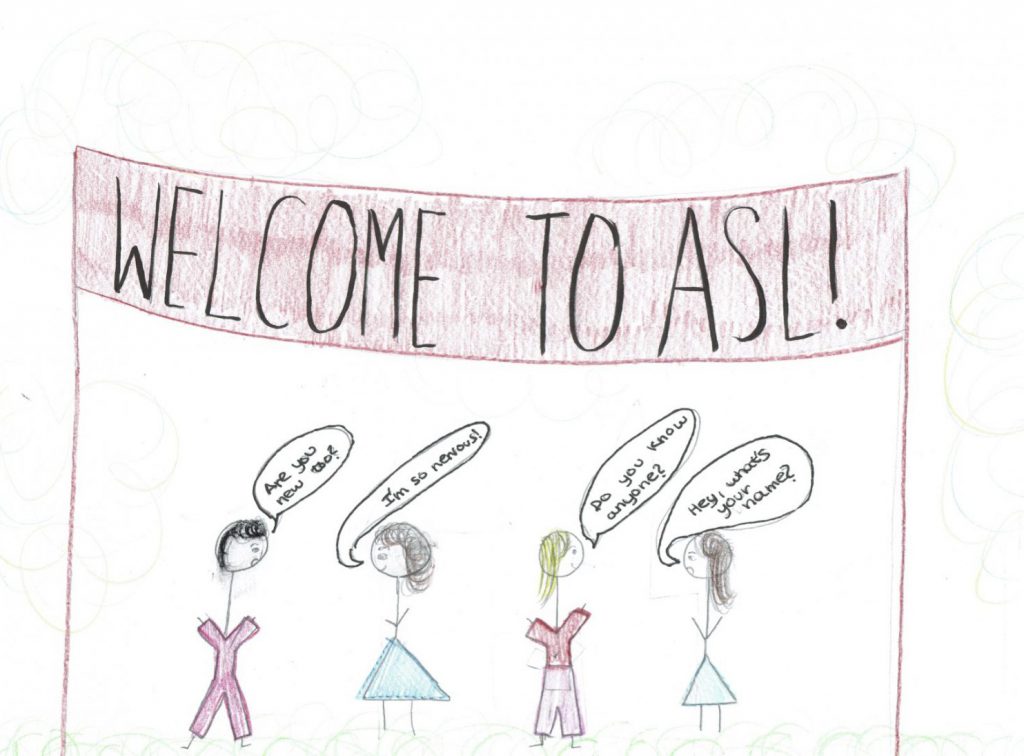 According to the ASL website, ASL bids farewell to about 15 percent of students in the entire school at the end of every year, but also greets 300 new students.

Mckayla Hyman (‘20) is a student who ASL welcomed this year. Hyman had always wanted to live in London and when she found out that this would actually become a reality, she was extremely excited. Coming to ASL from Tokyo was quite an easy transition from an academic perspective. “I’ve been in the American system for five years…class wise, it was an easy transition,” she said.

Similar to Hyman, Elliot Clyde (‘21), moving from San Francisco, also found the move relatively smooth. “It was pretty normal moving…it was just awkward. You don’t know what to do with yourself for the first couple weeks until you find your friend group. From there it is pretty easy,” he said.

Student ambassador Catherine Bennett (‘20) helps to make the move to ASL easy for new students. She explains that the role of a student ambassador has been to contact new families over the summer, and encourage them to attend activities such as ‘Livin’ London, the week before school starts.

The “Livin’ London activities consist of touring new students around St. Johns Wood and Primrose Hill, participating in tourist activities such as visiting the London Eye and the Thames, as well as traveling to Camden and Borough Market. She said that they allowed students to get to know each other; therefore, setting them up to feel more comfortable on?the first day of school.

Hyman felt that these events were extremely effective. “The activities were really fun because I got to meet a lot of new people who went to school. For the first day of school, I already knew and was familiar with people,” she said.

A significant factor that made Hyman’s transition especially simple was participating in the field hockey pre-season, as she was able to meet people before the school year even started.

Echoing Hyman, Laney Benson (‘22), moving from Paris, believes that participating in pre-season allowed her transition to be easier. “Sports really helped with [moving in], because I did the soccer pre-season,” she said.”That really helped because I already knew a couple of girls going into the year.”

Without pre season, Benson believes that her transition would not have been as smooth. “It might have not been harder in the long run, but definitely knowing people on the first day of school, seeing familiar faces, even seeing upperclassmen who knew me…it helped a lot,” she said.

In contrast to Benson, Hyman believes that even if she had not participated in pre-season, the transition still would have been fine. “I didn’t find that having to be in a sport was a necessity, I just thought it was helpful…I’m also friends with people that I met throughout the school day,” she said.

The only thing that wasn’t as Benson described as “pretty perfect” was the welcome family system. Hyman, and Benson all had trouble with the welcome families. “I found her [welcome buddy] on Instagram, so I contacted her. I know her parents emailed my parents just once, but I don’t think there was anything more,” Benson said. Just like Benson, Hyman could not recall a time in which she had ever hung out with her welcome family.

Similar to Hyman and Benson, Clyde said that he had a welcome buddy, but it didn’t particularly help with his transition to ASL. “He was a junior, and we hung out once before school started. But after that, we never really talked,” he said. However, even if his welcome buddy had been in his grade, Clyde said that it would not have made a difference, as they had “completely different interests.”

Bennett said that although the student ambassadors try their best to assign new students to members in their grade, it all depends on numbers. “Sometimes it can be difficult because this year’s juniors tried to sign up, but there are not many incoming seniors. But we more or less try to have students paired up with new students in their grade,” she said.

However, from Bennett’s perspective, because of the student ambassador program, new students don’t solely depend on their welcome families. “It’s really nice having someone looking after you when you’re new, especially because high school can be really scary,” Bennett said.