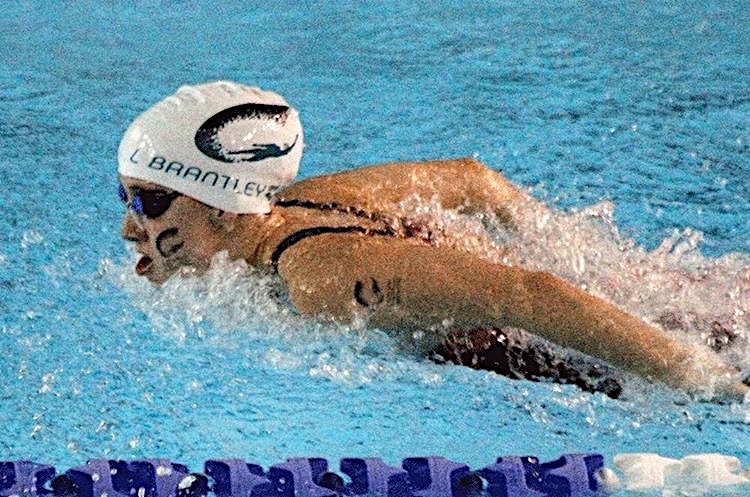 All the countless hours in the pool recently paid off for Lauren Brantley (’20) as she committed to Rice University for swimming Sept. 22.

Brantley decided to go to Rice because it was one of the schools on her original list of schools for swimming.  She visited many schools and spoke with multiple different coaches, and, essentially, she felt Rice as “a good fit.”

The recruiting process began for Brantley at the start of her junior year when she reached out to coaches at schools of interest for her. The contact with all of these schools continued on both ends. “It was about keeping up communication with them throughout the year, letting them know when you’re racing, having phone calls and Skype calls with them, basically keeping them updated and making sure they are interested in you,” Brantley said.

Another draw that Rice had for Brantley was the fact that she received an athletic scholarship from them. She declined to comment on how much was given.

The application process for Brantley is now different from the average high school student.  She now has the choice between applying through regular admissions or straight through athletic admission.  Regular admissions would put her application through with normal applicants, but the athletic admission is a much simpler, and less rigorous assessment. The benefit of applying in the regular pool would be that there is a chance of getting an academic scholarship as well as scholarship money.  Brantley has not decided which path she will take.

Brantley said she has spoken to a couple of the recruits for her class and knows one of them who is also from London. She is also looking forward to meeting the rest of the team. “I’m really excited. It is starting to feel real now,” she said.