The latest film from the DC franchise elicits both adoration and controversy from audiences. "Joker" features incredible storytelling and acting in a violent setting that bears an eerie resemblance to the current U.S. social and political climate. 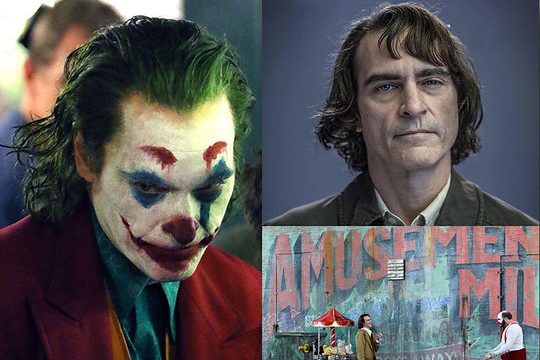 When the opening scene of the movie consisted of the to-be Joker, Arthur Fleck, played by Joaquin Phoenix, painting on carnival clown makeup, it was undeniable that everyone sitting in the cinema tensed. It was as if everyone expected Fleck to immediately wreak havoc upon Gotham City like his comic book counterpart, though we were instead shown a scene of Fleck being the one who was victimized when he was jumped by a group of young men no older than high school students.

This representation of the character was nowhere near the sadistic Joker we all know. But that doesn’t mean that Phoenix’s portrayal wasn’t as complex or clinically insane.

Regardless of someone’s opinion of the plot, it is impossible to imagine someone denying that Phoenix’s performance was stunning. From his chilling laughs as a result of his ‘condition’ to his enchantingly eerie movements, Phoenix continuously stole the spotlight from his other co-stars in every scene as his captivating body language and irking expressions were utterly gripping.

“Joker” stands out from most comic-based movies released in the past year – or even past decade – due to many of the events seeming so realistic and believable in the real world. Many superhero or supervillain films have relied on incorporating farfetched concepts such as magic or aliens into their movies using CGI, yet “Joker” took place in an ordinary setting without gimmicky superpowers.

Therefore, the entertainment factor of the movie came purely from the unique plot and acting rather than CGI. But, because of how realistic and believable this chaotic film was, should we be asking ourselves where the inspiration for the character and plot came from?

With current threats to impeach President Trump, people rioting under his leadership, and leaders like him controlling what citizens believe, it was no surprise that the uncensored protests and riots featured in the movie were so relatable: they strikingly mirrored what the deteriorating U.S. is going through today.

The movie frequently showed Fleck using a gun when he finally transitioned into becoming his alter-ego. On one hand, it was interesting to see the Joker using a simple pistol as opposed to his wackier, out-of-the-box ways of hurting others featured in comic books. Furthermore, due to the issues surrounding excessive gun violence in the U.S. today, it brought up the possibility of this being a tactic to raise awareness about gun violence.

With mass shooters in the U.S. claiming to be mentally ill or admitting to feeling like they were bullied by society, “Joker” was understandably triggering as it showed how societal pressures drive people to insanity until they finally resort to violence.

Nevertheless, before Fleck’s homicidal tendencies set in, he was simply a lower-class man who was victimized by others simply for things such as his laughing condition or his career as a clown during tough economic times. Consequently, the film – in a twisted manner – attempted to depict how the selfish, unempathetic, and cruel actions of people in society affect innocent people and their mental health.

Understandably, some viewers are avoiding the movie as a whole after they heard about the unapologetic violence that it featured. Nevertheless, “Joker” has connected with certain critics, as it has already won 3 awards at the Venice Film Festival and been nominated for one award of the Golden Trailer Awards.

“Joker” is easily one of the most controversial movies this year due to its shameless use of violence. But, in a way, this might just be what the world needs to see. With clashes of the socioeconomic classes taking place in many nations today, reality is worryingly beginning to resemble the extreme situations featured in the film.