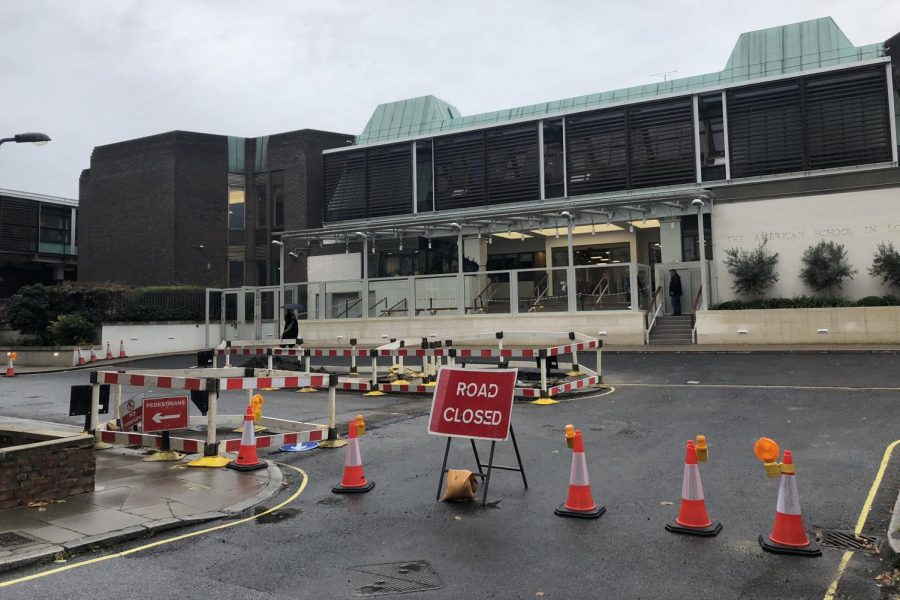 The roads leading to the Waverley entrance are currently closed as construction continues to take place. Despite the closures, ASL buses are able to pick up and drop off students as normal. The roads plan to be opened Oct. 23.

The Waverley entrance is still under construction after a blockage in ASL’s gas line occurred last Wednesday. Construction crews have now replaced the old metal line, installed in 1971, with a new plastic one.

Today at 10:00 a.m. gas services were restored to the building, notably the Science Department and the kitchen. The cafeteria staff can now return to regular cooking after they were forced to use a barbecue for lunches last week, which caused a smell throughout the school.

Director of Operations Jim  Heynderickx said that he praises the cafeteria staff for their work in response to the inconvenience.

“We have 2,000 people in the building, and last Wednesday morning without warning [gas service] just stopped entirely. They kind of had to scramble to change the menus and all of that. It’s been difficult to be so successful but I think [the cafeteria staff] has done a good job,” he said.

Waverley Place was closed for vehicles last week and bus operations were moved to the Loudon entrance. As of today, regular vehicles are still prohibited access to Waverley Place. However, Heynderickx said that bus services to and from ASL can now come through Waverley to pick up and drop off students.

“Even though the road is closed they said our bus could come through even though regular traffic can’t,” Heynderickx said.

Residents who live in the apartment building across from the Waverley entrance are also permitted access to the street. All work at the front of the school is expected to be completed by the end of Tuesday.