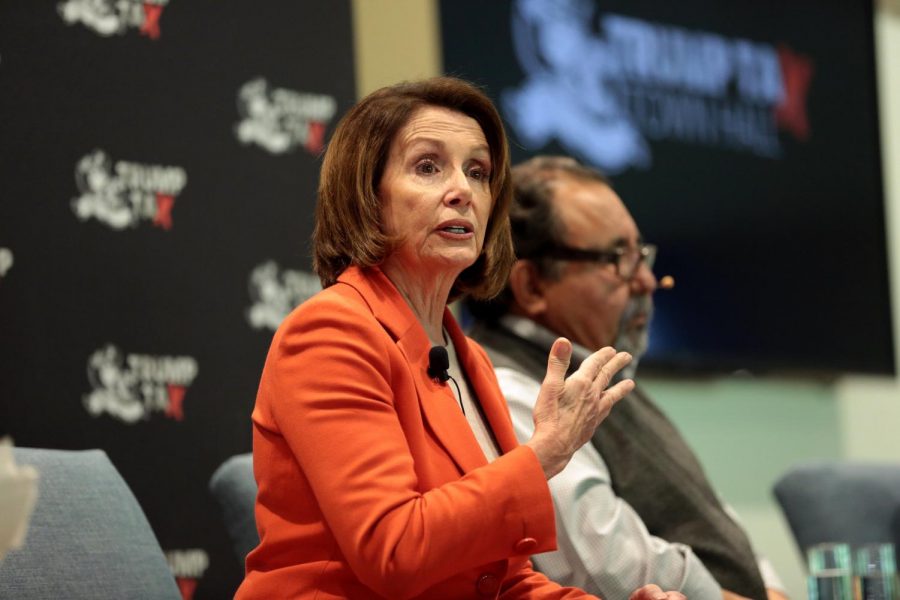 Nancy Pelosi, the Democratic Speaker of the house, is currently heavily involved in the impeachment inquiry.

As the impeachment of President Trump progresses rapidly, several players face political exposure to the various scenarios that could play out. Though Democrats have taken on a historic task of removing the sitting President from his duly elected office, the seriousness of the alleged improprieties has put Republicans in a bind between their loyalty to their party and country. Nancy Pelosi, the Democratic Speaker of the House, and President Donald Trump are faced with incredible amounts of political, and in the case of the president, legal risk.

Other than the President himself, the Democratic Speaker of the House faces the most significant political risk by pursuing impeachment. Pelosi, already on the ropes with many in her caucus, particularly those left-of-center, has put a tremendous amount of political capital on the line.  She has been but in a bind by the demands of both the moderate and progressive wings of her party, both of which have competing interests at play. Though all but a few Democrats have chosen to remain opposed to the proceedings, moderates who won their seats by tight margins will face a precarious.

This could threaten her chances to retain her majority in the house in the 2020 elections. She also risks pulling attention away from the Democratic Primaries, which is progressing concurrently to the investigative process. The eventual nominee would likely have to answer for the party’s shortcomings, should they fail to produce overwhelming evidence.

As the subject of the impeachment inquiry, the president of the U.S. faces the greatest political and legal risk. As Democrats move ahead with subpoenaing witnesses and documents, potentially damning material has been and is likely to be uncovered. Advisers on the National Security Council (NSC) have begun to provide house committees with substantial material corroborating the initial reporting. Even Trump’s former National Security Advisor John Bolton is expected to testify to investigators about his knowledge of the events that took place.

Should Bolton decide to expose the President for his alleged improprieties, it would serve as the Democrats’ strongest argument yet for convicting him. Even if what he produces pearls in comparison to evidence from other witnesses, Bolton is a well-respected figure within the GOP, and right-wing media would find it challenging to defame his as a “Never Trumper” as they have done with past witnesses.

Despite the complexities of the situation, one thing is clear: Each figure’s ultimate fate lies in the hands of Mitch McConnell, the Senate majority leader. No matter how much evidence Pelosi and her fellow Democratic investigators uncover, it may prove fruitless if McConnell chooses not to take up the case.

For now, it looks to be headed in that direction.