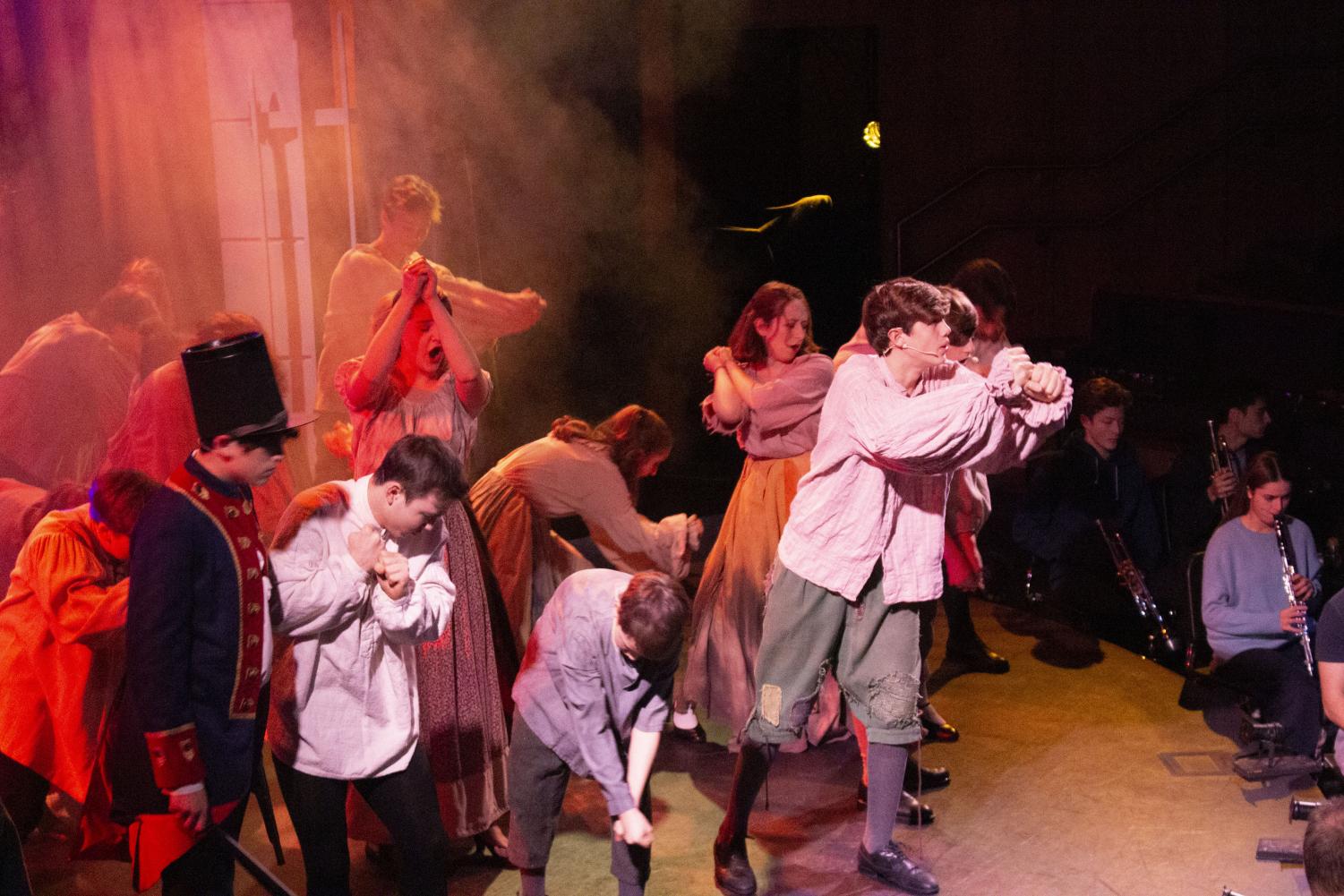 Prisoners sing “look down,” which is about their brutal life and the strict laws of the prison. (Jonathan Novak)

Prisoners sing “look down,” which is about their brutal life and the strict laws of the prison.

The performance was put on for Old Age Pensioners (OAP) in the St. John’s Wood community and faculty.

“We came out of it and almost everyone we saw was literally in tears,” Craig said. “It was really emotional and everyone was really invested in it. It just went really well.”

Although it wasn’t the official first night where tickets were available, Craig said that it was an especially fun experience.

Similarly, for Delaney Edwards (’20), who plays a town woman named Francine, the first night was a success.

“It went really, really well, especially for it being opening night,” she said.

As for the attitude of the whole cast, Edwards said the energy was really exciting between them all.

“Some people were nervous, but I think it translated into excitement, and they got more into the acting,” she said. “Everyone really just interacted well during the actual performance… you could feel the energy difference.”

Although it was the first performance, Craig found himself “amped up” at first, but was then able to ease into his role rather quickly.

“The first scene was kinda crazy. It was almost like I wasn’t even in my own body,” he said. “By the second scene, I … relaxed into the whole element of it, and I was really into my character.”

The first night provided a special feeling for Craig as it was a culmination of months of hard work.

“I’ve literally dedicated my whole school year to this,” he said. “Finally, getting to the day where we get to present this amazing experience is just so rewarding.”

A meaningful experience for Craig was seeing his old middle school drama teacher, Stan Ratoff, come up to him and congratulate him on his performance.

“To hear him [Stan Ratoff] talk about how he’s so impressed and that he knew I could do it is just like the greatest feeling ever,” he said. “It’s… an experience that I haven’t really had before.”

Both Delaney and Craig noted the audience’s enthusiasm for the production.

“With people’s reception of [the play] and especially after performing it the first day, we feel like we’re doing a really, really good job with it and seeming to do it justice,” Edwards said.

“The audience really enjoyed it. I had multiple people like my family and my friends … saying that ‘I had a great time watching it’ and they were ‘very emotionally invested into all the characters,’ he said. “It’s really nice to see because it motivates us for the next three nights.” 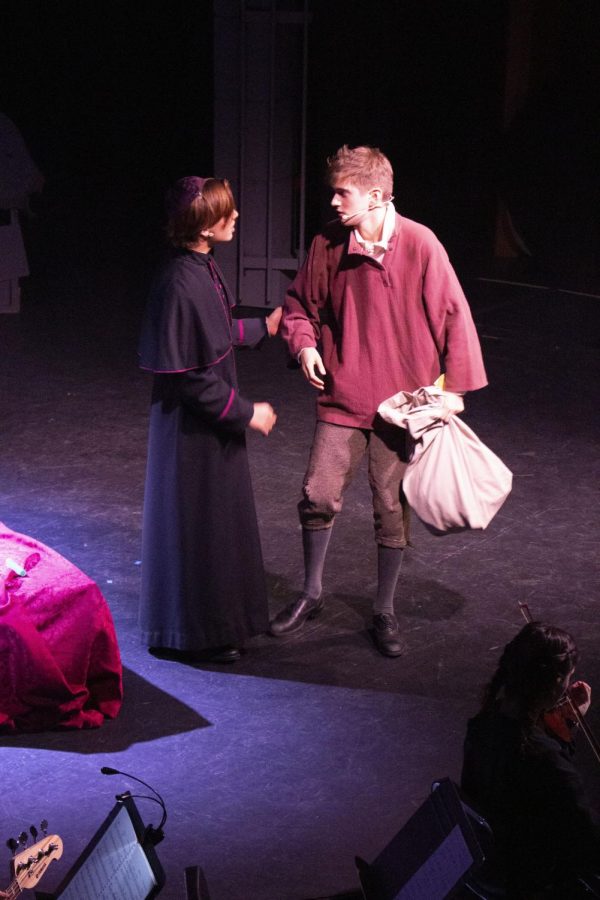 Gallery|5 Photos
Jonathan Novak
Max Olsher ('21), as Jean Valjean, seeks help from the priest after being released from prison.

Craig said the whole crew and cast are looking forward to the rest of the performances even though they can be taxing.

“My voice is already pretty tired,” he said. “As for like the whole production, we’re really excited to put on the show for the next three nights, and hopefully, everyone enjoys it as much as the crowd did tonight.”

Edwards agrees: “I’m excited. We still have a couple things to fix, but I’m really excited to see if we can keep this energy going for the last three shows we have.”