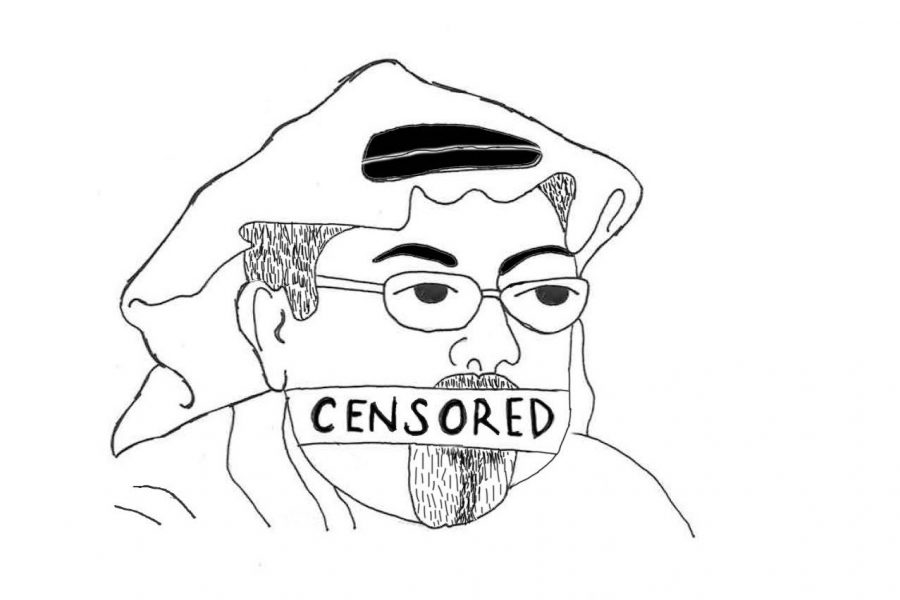 Journalist Jamal Khashoggi was kidnapped, tortured and killed by government-affiliated operatives at the Saudi consulate in Istanbul, Turkey. A believer in a more democratic Saudi Arabia, Khashoggi was targeted by the country’s leaders and brutally murdered. He fell victim to the very practices he regarded as unbearable.

A free press that condemns and criticizes the government is indisputably important to a strong democracy. Today, however, journalists have become increasingly censored, often times beholden to nascent totalitarian governments. A censored press creates a power imbalance that challenges potential shifts towards democratic practices.

This was highlighted last year in Saudi Arabia, when journalist Jamal Khashoggi was kidnapped, tortured and killed by government-affiliated operatives at the Saudi consulate in Istanbul, Turkey.

Prior to his execution, which was ordered by Crown Prince Mohammad bin Salman of Saudi Arabia, Khashoggi was a prominent critic of the kingdom and Prince Mohammad’s autocratic style. As a correspondent for The Washington Post, Khashoggi used his writing to criticize what he viewed as a lack of freedom of speech in Saudi Arabia.

A believer in a more democratic Saudi Arabia, Khashoggi was targeted by the country’s leaders and brutally murdered. He fell victim to the very practices he regarded as unbearable. Beyond the tragedy of Khashoggi’s death is a warning: undermining fundamental institutions threatens the stability of democracy around the world.

Saudi Arabian news outlets initially reported that the government had no knowledge of Khashoggi’s murder. The lack of a free press outlet to cultivate public opinion and question the government gives way to propaganda and an ignorant society.

Democratic governance depends on the existence of a free press and the right to dissent against poor leadership. However, a publication’s liberty to report on and critique their government is not observed by the vast majority of countries around the world.

In 2019, we are at a crossroads, where a heightened prevalence of obscured, fake news and disillusioned leaders threaten the dissemination of accurate information to a global population. Without critical journalism to hold them accountable, authoritarians have free rein to curtail fundamental civil rights and imperil the democratic norms we cherish.

The purpose of this special edition of The Standard is to shed light on the state of democracy worldwide. From systemic issues in the U.S. to the regression of freedom in the Middle East and the rise of populism in Europe, it is imperative that people are aware of the status of institutions around the world.

This edition is a wake-up call. It is an exposé of nations who have failed to represent democracy or have warped its definition, as well as praise for the countries that remain democratic and are making strides to strengthen freedoms for their citizens.

Democracy is not a partisan issue. Whether liberal, conservative, Democrat or Republican, each and every one of us depends on the principle that our voices matter, that people can have a say in how they are governed and that there is an outlet to express these opinions. The absence of democracy in even just a few countries will harm us all.

Once-burgeoning republics like Brazil, Turkey and Hungary each face authoritarian challenges to their established institutions. The only way to avoid a similar fate in other countries is to stay informed and to understand the threats our democracies face. We need to analyze how leaders are exploiting political systems that, to most, may appear democratic and independent.

We intend for this edition to spark discussion and foster a dialogue within our community and to help ensure that our readers are aware of the current fragility of liberty worldwide. This issue may only scratch the surface of an immense and complex topic, but it is, nevertheless, a vital first step.

In the words of the late U.S. Representative Elijah Cummings, “When we’re dancing with the angels, the question will be asked: In 2019, what did we do to make sure we kept our democracy intact? Did we stand on the sidelines and say nothing?”