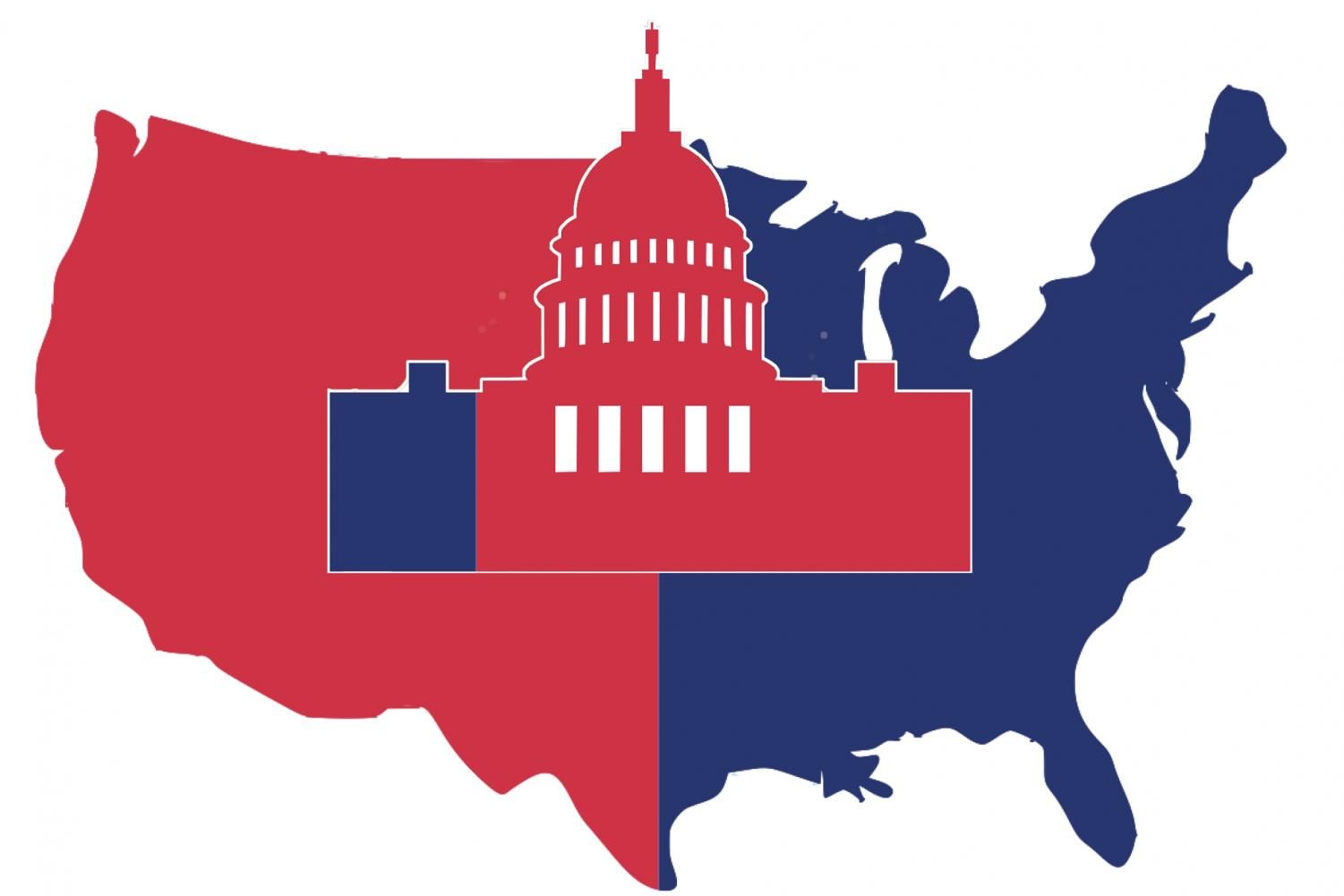 Structural loopholes in the U.S. government, such as gerrymandering and legislative gridlock, promote re-election at the expense of voters’ intentions. (Graphics from Wikimedia Commons, Pixabay)

Structural loopholes in the U.S. government, such as gerrymandering and legislative gridlock, promote re-election at the expense of voters’ intentions.

For 243 years, the U.S. has been widely considered  the forerunner for modern democracy in the world. The American system of government has been the model for countries around the globe.

Why then, does the U.S. now score 7.96 out of 10 on The Economist’s Democracy Index? How has the world’s first contemporary republic fallen behind 24 other countries, many of which have a far shorter history of democracy?

Despite the progress made since the U.S.’s inception, the system of government has several flaws which impede maximized popular participation in America’s democracy. Among them are gerrymandering, partisanship, gridlock and faltering public trust in America’s  government institutions.

The most obvious defect of American democracy is gerrymandering, the process in which congressional districts and state legislative districts are drawn to favor one party.

For example, certain districts might be drawn to include slightly more Republicans than Democrats, or vice versa, to ensure a Republican hold of that seat. Likewise, districts could be drawn to put most of the state’s Democratic or Republican voters in a few districts, so that the overall legislature has a clear majority for one party.

Gerrymandering results in the devaluation of the opposing party’s voters, as the districts are drawn to make their votes count for less. This process makes elections less legitimate, thus eroding public confidence in democracy.

The situation does not improve in legislatures. In many state assemblies, gerrymandered districts have created a lopsided balance of power, allowing them to pass a myriad of laws that are not supported by their constituents.

Passing abortion restrictions, voter registration limits and education cuts, state legislatures are approving bills that would likely fail if the voters had a say.

Meanwhile, the U.S. Congress is overrun with partisanship and gridlock. In the House, ideological caucuses, or groups of like-minded representatives, block the passage of a great deal of legislation.

During Republican control of the House, the right-wing Freedom Caucus forced Speaker John Boehner out and stalled healthcare reform.

Under Democratic control, progressives and centrists have been unproductively fighting within the Democratic Party, leaving meaningful legislation by the wayside without action taken on voters’ wishes.

The Senate, however, faces the opposite problem. Though each party is mostly unified, this has resulted in blatant obstructionism. Nominees for cabinet positions often face party-line votes and filibusters from Democratic senators. This opposition to Trump’s nominees does not completely stem from ideological differences; rather, it is a result of political maneuvering and an attempt to gain a win over the opposition party.

Republican senators, led by Majority Leader Mitch McConnell, have not been any more conciliatory. McConnell, according to Politico, made his primary goal in the Senate’s majority clear in 2010. “The single most important thing we want to achieve is for President [Barack] Obama to be a one-term president,” he said.

Ignoring key Republican priorities, many of which are generally popular, such as tax cuts, deregulation, welfare reform, and immigration reform, Senator McConnell demonstrated his party’s commitment to blatant obstructionism.

In 2016, he did just that when he refused to acknowledge President Obama’s nomination of Merrick Garland to the Supreme Court, violating his constitutional duty.

By no means do gerrymandering and obstructionism make the U.S. a hybrid-authoritarian regime. Voter turnout in the 2018 midterm elections was at a record high, according to the U.S. Election Project, and interest in the 2020 presidential election has already reached unprecedented levels.

Despite increased political participation, structural issues with America’s political system will continue to be obstacles against successful governance. As long as senators stop approving meaningful legislation and gerrymandering undercuts voters’ choices, the U.S. will be unable to fulfill the Founding Fathers’ dream of a thriving democratic union.