Ethiopian PM could be Africa’s model 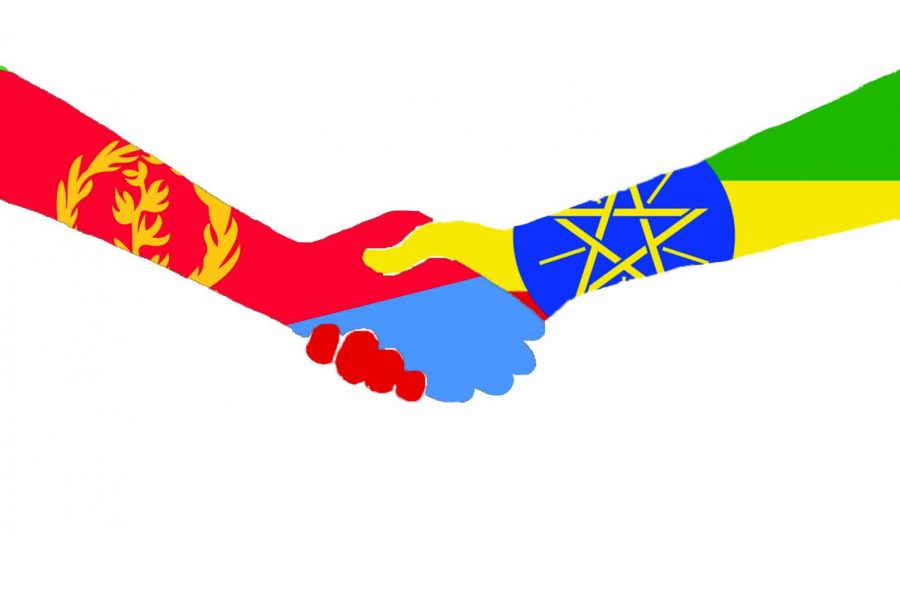 Ahmed has introduced Ethiopia to a series of sweeping social, political and economic reforms. Notably, he had a pivotal role in formally ending a 20-year ethnic conflict with Eritrea that claimed thousands of lives and displaced thousands of people.

Abiy Ahmed is a name that has recently brought extensive attention to the Horn of Africa. Ahmed is the Ethiopian Prime Minister and recipient of the 2019 Nobel Peace Prize, which recognized his role in ending Ethiopia’s 20-year conflict with Eritrea.

Now in international spotlight, it is crucial that Ahmed uses the opportunity to make continued shifts towards increasing Ethiopia’s democratic identity.

When Ahmed was inaugurated as prime minister in 2018, he inherited a country on the brink of political collapse. A state of emergency had been implemented in 2016 after violent clashes between police and anti-government protesters had erupted throughout the country.

Citizens were demanding an end to human rights abuses, the redistribution of wealth and the overhaul of a repressive political system.

Ahmed has introduced Ethiopia to a series of sweeping social, political and economic reforms. Notably, he had a pivotal role in formally ending a 20-year ethnic conflict with Eritrea that claimed thousands of lives and displaced thousands of people.

The Eritrea-Ethiopian border was subsequently opened for the first time in two decades, and daily commercial flights were resumed between the capital cities. This change highlighted the push toward increased cooperation between the two previous foes.

However, there are issues in Ethiopia that Ahmed must sort out. While successful in creating peace with Eritrea, he is currently struggling to maintain peace at home.

Following political activist Jawar Mohammed’s outspoken comments that Ahmed was acting like a dictator, there were violent protests that resulted in the death of 87, per The Guardian.

There is a growing sentiment that Ahmed only represents his own Oromo ethnic people, and not the country as a whole. If not careful, Ahmed will lose popularity and allow for instability to resurface in the country.

As Ethiopia embraces a newly freed press, it will have to learn how to respond to public critique of the government.

Ahmed, who was criticized for lacking to comment on the protests, must reaffirm his position in the public view as a prime minister who is committed to establishing democratic systems that will succeed his time in office.

At the head of a nation trying to be progressive in its political changes, Ahmed could set a strong example for neighboring countries. He must uses the global affirmation of his actions productively to emphasize his commitment to diplomacy.

As prime minister, Ahmed has been instrumental in the resolution of regional disputes, mediating discussions between the president of South Sudan and his opposition leader in an attempt to broker peace between the two.

For his accomplishments, Ahmed was named African of the year in 2018, and the following year was granted the Nobel Peace Prize.

While in office, Ahmed has sacked many corrupt and inept bureaucrats who had been the source of political mismanagement. In 2018, keen on appointing more women to roles of governance, Ahmed appointed a 50% female cabinet.

Ahmed must be active in highlighting these improvements to convince Ethiopians who question his image that he is making moves in the country’s best interest.

In regards to the economy, Ahmed has sought to end full governmental control over the country’s largest corporations, such as the country’s national airline. In 2018, Ethiopia secured nearly $3 billion in investment from foreign entities, tripling the grants the year before, according to the World Bank.

Ethiopian Airlines has helped mold the country into an international hub with Bole International Airport serving to improve connectivity throughout the broader East African region.

The work Ahmed has undertaken to aggressively implement both economic and political change is what has lamented him with international recognition.

Moreover, his self-description as a reformist has translated into the release of political prisoners, including opposition members and journalists who wrote disapprovingly of the government.

He has promised to hold the first truly free parliamentary elections in 2020, with opposition parties now devoid of the previously instituted constraints.

In a region where dictatorship commonly infiltrates democracy, Ahmed has a crucial role. He has the recognition and the resume. He must capitalize on his progress and steer Ethiopia clear of avoidable turmoil.