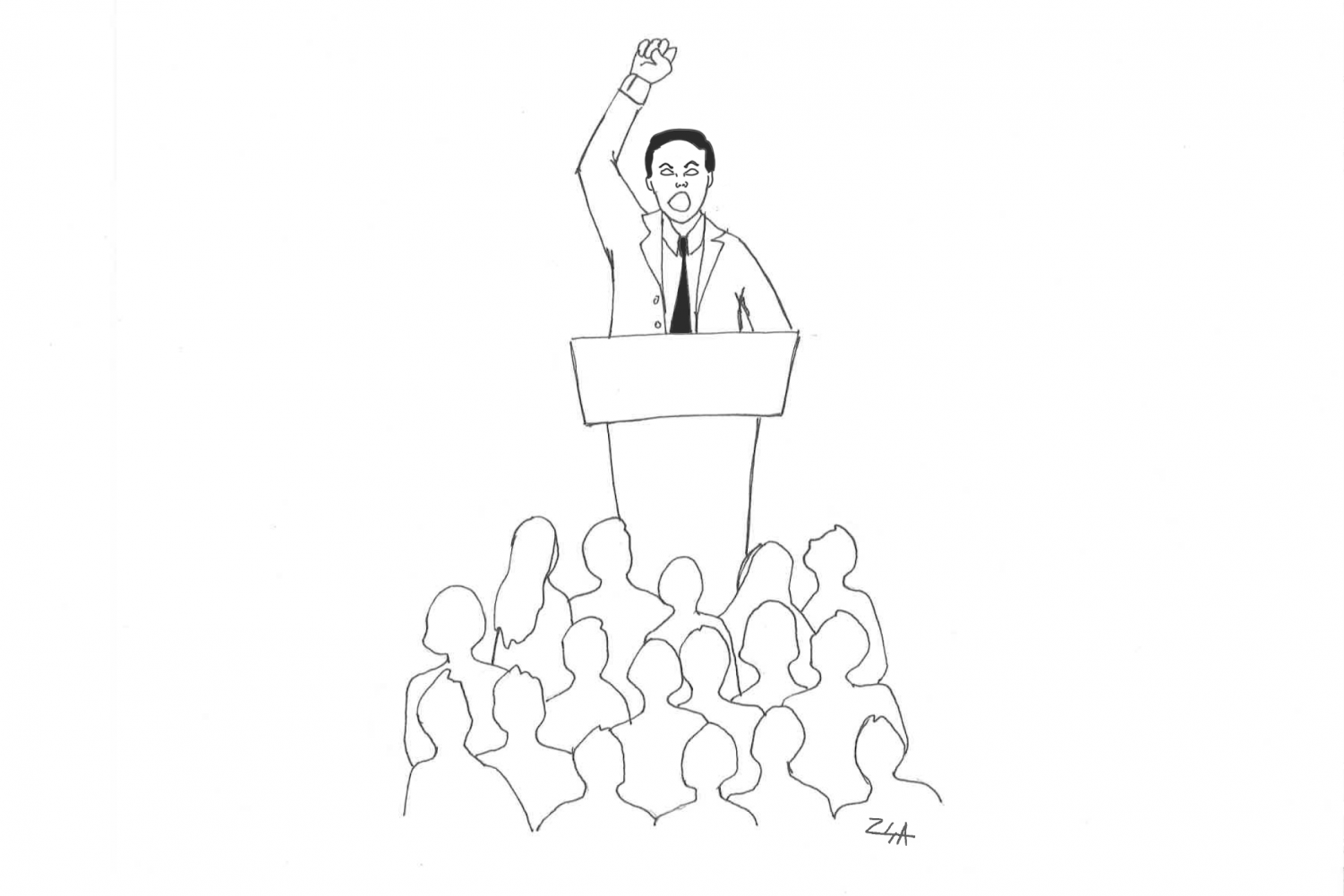 Populism on rise in Europe

Over the past three years, countries within the EU have faced political backlash from populist leaders as fringe political parties have galvanized support.

Jean Gailly de Taurines (’20) said that these populist movements are growing because they feed off of how the public feels.

“[Populism is] based off of emotion not necessarily what’s best for the people,” he said.

Ily Brigui (’22) agrees and said that the rise of populism is credited to its efficiency in fueling public sentiment.

“I think that [populism] is an easier way to get angry, and therefore get more votes, and to get people more passionate,” he said.

Though President Emmanuel Macron managed to fend off a populist challenge led by Ma- rine Le Pen in 2017, his first term in office has been politically tumultuous.

De Taurines explained how Macron’s economic policies were seen as too submissive to the needs of those with high incomes, which has resulted in the nickname “President of the rich.”

Workers were furious after Macron gave corporations greater mobility to hire and fire employees resulting in protests demanding a reversal of the policy.

“A lot of controversy around him has been related to these alleged certain actions he has taken as a president that have benefited the rich,” de Taurines said.

In Winter 2018, a proposed fuel tax sparked an enormous backlash from those residing in rural regions, resulting in protests in Paris. Parisian police worked with the French military to quell the nearly 300,000 “Yellow Vest” protesters.

De Taurines explained how the Yellow Vests movement is fueled by an angry middle class, and with this, far right movements in France have gained support behind an anti-elite sentiment.

“Marine Le Pen and her party are going to jump on every opportunity possible to profit off of this,” he said.

However, de Taurines said that combatting populism is possible should the government take the appropriate steps to do so.

“Make sure that people such as farmers in the middle of nowhere are actually heard. That’s one of the main target audiences for the populist movement in France – those that “have no voice,” he said.

Hungary’s politics have succumbed to elements of populism, as Prime Minister Viktor Orbán has granted himself near-dictatorial control over the country’s institutions. Since assuming office in 2010, the country has seen its democracy ticker on Freedom House regress from free to only partially free.

“Being geographically where Hungary is, and with a lot of people crossing from Hungary into other European countries, Hungary is really at the forefront of this influx of people fleeing for their lives,””

This is largely due to the increased aggression from police towards journalists and the press. The largest newspaper in the country, Népszabadság, which had reported on the multitude of scandals surrounding Orbán’s premiership, was suspended from further publication. It was later revealed that the publication’s parent company had been sold to a cooperation linked to those close to the office of the President.

For de Taurines, the most threatening part of populism is the publishing of wrong information.

“For a whole democracy, one of the main points you want to achieve is to negate all forms disinformation. Make sure that 100% truths are being put out to the people,” he said.

Social Studies Teacher Sana Shafqat also said that Orbán has refused to admit many immigrants from the middle-east and North Africa, resulting in an anti-immigrant sentiment.

“Being geographically where Hungary is, and with a lot of people crossing from Hungary into other European countries, Hungary is really at the forefront of this influx of people fleeing for their lives,” she said.

Though a number of countries on the continent have had concerted movements to secede from the EU, only in Britain have those beliefs received political oxygen to both be placed on a ballot, and win in a referendum.

Since the 2016 vote, Brexit has dominated the political scene, producing the resignation of two Prime Ministers, two general elections and a failed vote of no-confidence.

However, Shafqat is “concerned” with the methods used by those who advocated for the U.K. to leave the EU.

“The rhetoric often used by parties such as UKIP has been very anti-immigrant, very Islam- ophobic,” she said.

Brigui also said that the rise in populism in Britain has led to an increase in racial tensions and discrimination from certain political parties.

“Now you have the rise of the English Christian Party, what you call nationalist parties, generally on the far right. I think those are the biggest [where] the racial tensions overbuild,” he said.

De Taurines said that populist parties have increased influence in the U.K. as a result of Brexit.

“People like Nigel Farrage of the Brexit party have used incorrect facts to stir up emotions that were negative towards immigrants and towards the EU,” he said. “Eventually that gave them the referendum, and we’re still seeing the repercussions today.”

Brigui said that although he does not believe in open borders, he feels as though extreme populist parties are dangerous.

“[Populism] hinders actual critical solutions because I do think [immigration] is an issue in society,” he said.

Around the EU, parties like Alternative for Germany have gained support. For more information on European populism, visit standard.asl.org for exclusive online content.