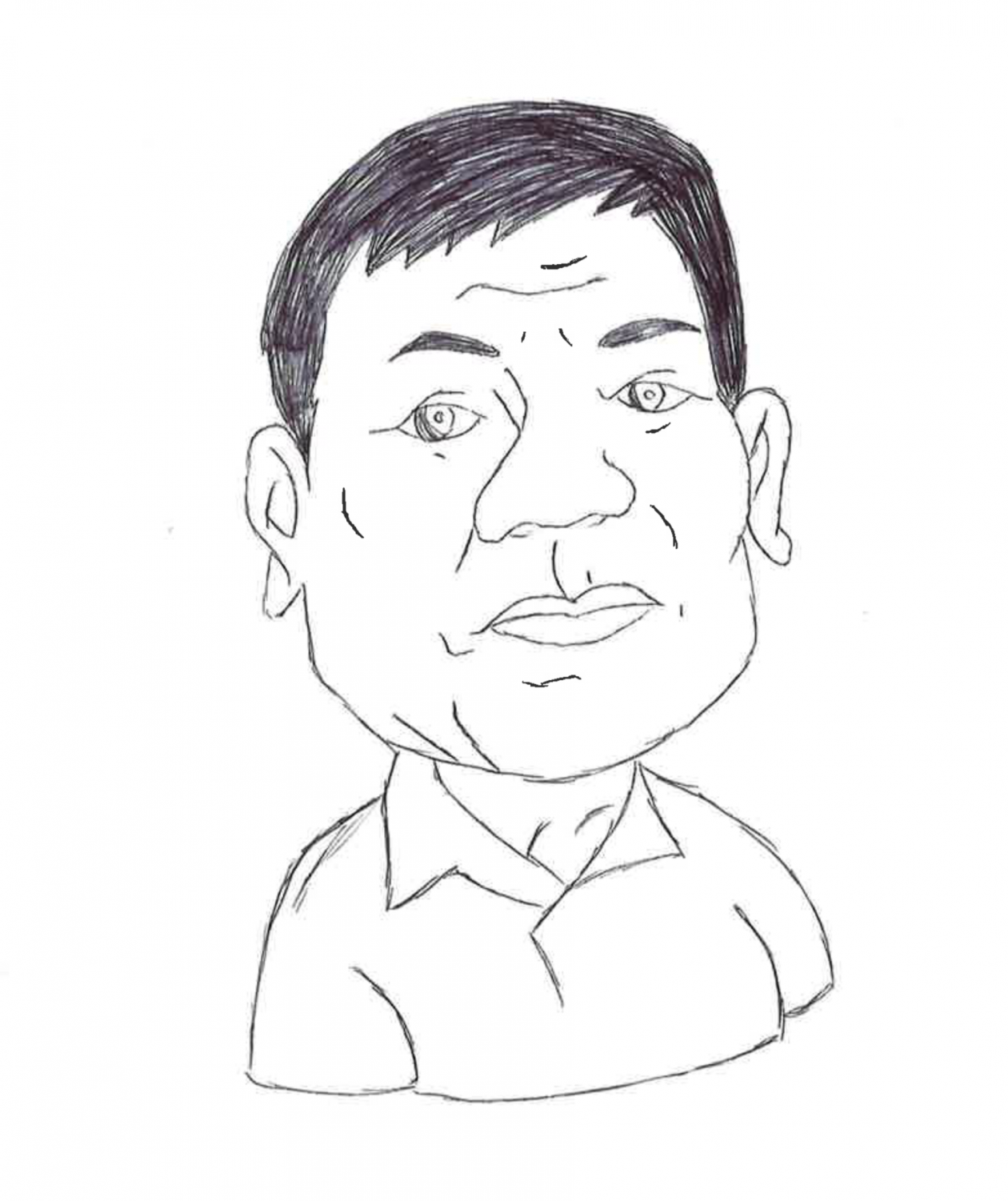 The Philippines was the first constitutional democracy in Asia beginning in 1898. However, former president Benigno Aquino III was charged with alleged corruption fines. In the eyes of the international media, Duterte’s presidency has maintained this trend of corruption in the Philippines. (Illustration by Helen Roth)

Filipino President Rodrigo Duterte has been in office since June 2016. Since his election, his policies have received extensive international  media coverage and mixed reactions from the Filipino and international community.

In addition, in an effort to protect himself from international backlash and criticism surrounding his response to the Filipino drug crisis, Duterte removed the Filipino President from the International Criminal Court.

At the moment, Duterte’s  most controversial and topical policy has been his approach to combat the drug addiction crisis in the Philippines. His plan has consisted of giving the Filipino police force the power to kill and carry out raids on anyone suspected to be involved with drugs.

According to the Humans Right Watch, 12,000 Filipinos have been killed since the introduction of Duterte’s “War on Drugs.”

Jay Heyman (’21) lived in Cebu, Philippines from 2003-2006, and frequently visits his family all over the country during the summer In his experience, Duterte’s strict drug policies have sometimes proved to be beneficial for certain individuals.

“My two cousins that were addicted to drugs, they only turned their lives around because of these laws,” he said.

In fact, after an incident with the police, Heyman’s family believed that one of his cousins who was addicted to drugs had been shot and killed by the police because the same had happened to someone else wearing his clothes. He attributes his cousins’ rehabilitation to this wake-up call.

“They have a whole family and they’re working abroad now, so that’s changed their lives,” he said.

Macey O’Malia’s grandparents live in Manila and Davao in the Philippines. They favor Duterte over past presidents because,

in their eyes, he has actually created change for the country. However, they understand that their privilege contributes to their outlook.

“They’re super biased because nothing bad has happened to them. They live in a gated community, they don’t do drugs, they’re on the rich side of the Filipinos,” she said.

Her grandparents view the drug laws as straightforward and extreme.

“My grandparents were like, ‘if you do the right thing it’s fine. If you do something minor, you might get killed’,” she said.

O’Malias grandparents feel the effects of this change as her grandmother’s family “have good business, they benefit in the Filipino economy,” she said.

My two cousins that were addicted to drugs, they only turned their lives around because of these laws”

Heyman believes that prior to Duterte’ s presidency, the drug crisis in the Philippines was hidden from the international community.

“Before you just thought the Philippines was a nice place didn’t you?” he asked.

Although Duterte’s presidency has highlighted this issue, his relationship with the press and its reporting on his policies has deteriorated. As described by Social Studies Teacher Terry Gladis, he has frequently referred to articles surrounding his extreme reform methods as “fake news”.

According to the South China Morning Post, Duterte attempted to shut down Rappler, a Philippines based news source that criticized his drug policies.

He was quoted saying that he “did not give s***” about his government’s actions in regards to Rappler.

Gladis said that Duterte is ultimately a  “terrible person” when it comes to infringing on democracy.

Although the Philippines are far away from London, Heyman said that regardless of one’s location, it is imperative that we learn about the circumstances of nations like the Philippines.

“Not all people around the world have a voice or are able to stand up for themselves. That kind of makes us value and recognize what we have,” he said.