Special Edition: The State of Democracy 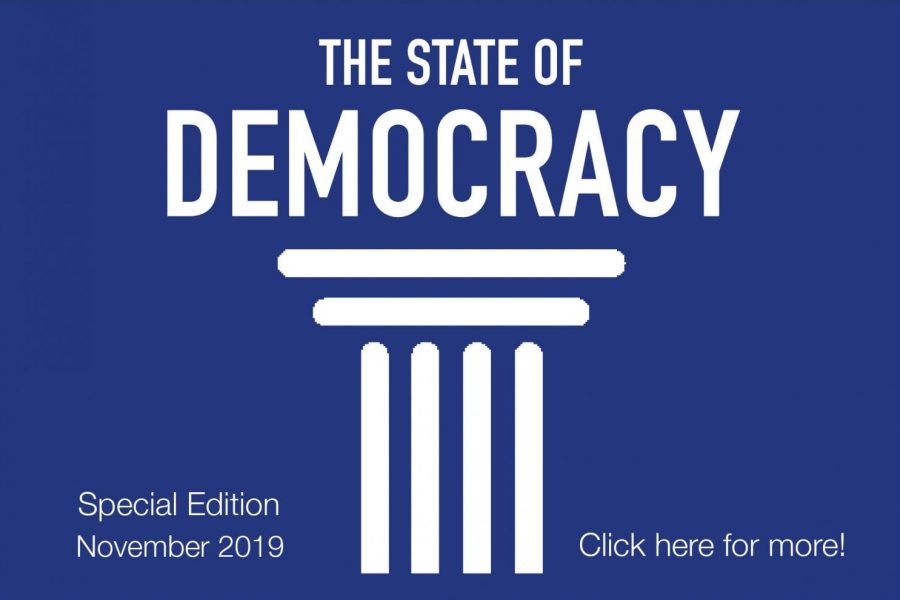 An overview of the 20th century indicates a rise in democracy around the world. Democratic nations succeeded in major global conflict, and the spread of democratic ideals influenced burgeoning nations. However, democracy in the 21st century is seemingly uncertain. Current events relating to flawed governments, populist leaders and undemocratic laws and reform pose a possible change in the trajectory of nations are governed.

This special edition aims to bring diverse opinions and intriguing thoughts together in a creative, informative hybrid package that analyzes democracy in the world as it currently stands.

Check it out here: https://thestateofdemocracy.carrd.co/