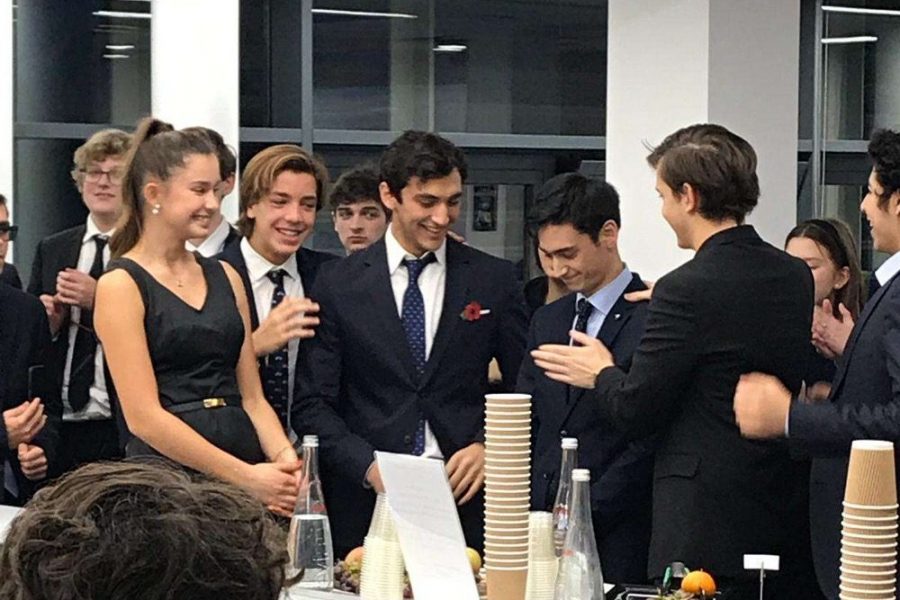 Debate Team Presidents Liam Hamama (‘20) and Max Praiser (‘20) celebrate after receiving the winning vote in the final match. The team of Hamama and Praiser didn’t lose any of their debates, and competed in a final that was spectated by all of the tournament competitors. The debate team will now debrief the tournament and continue to prepare for future competitions.

In the original oratory, the other event that took place during the tournament, ASL placed third.

From the three schools, roughly 40 students participated in the tournament. However, not all students debated in each of the five rounds of the Parliamentary Debate event. The judges decided who progressed through each round. In the final round, just Preiser, Hamama and their opponents remained to debate for first place.

Social Studies Teacher Christopher Wolf decided all of the debate topics for the tournament. They ranged from reparations for colonized nations to whether the use of illegal drugs should be a public health or criminal justice issue.

“It was a pretty broad range of topics,” Preiser said.

Participants did not know that these would be the topics before the tournament began.