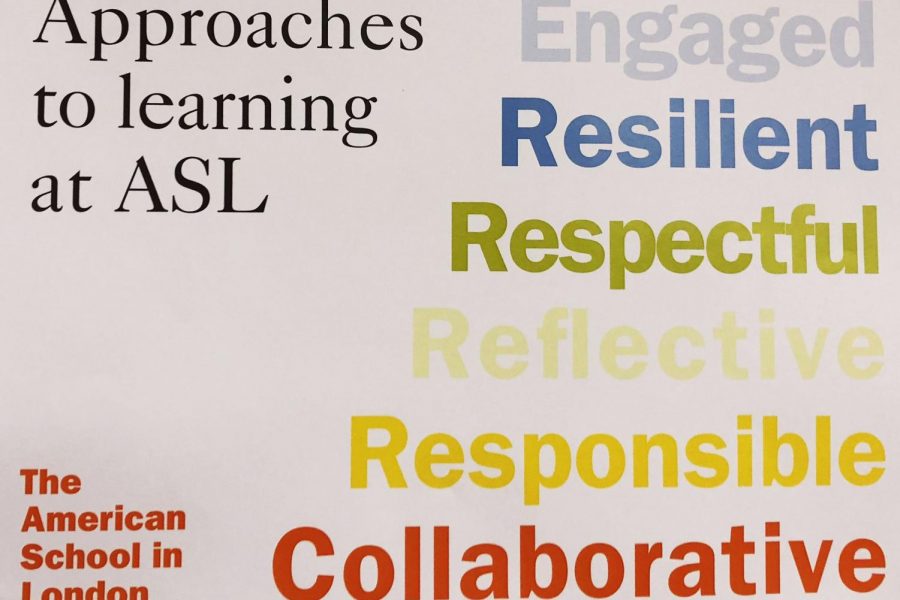 The Approaches to Learning were introduced to the High School this school year. The alternative style of assessment, which focuses on a students' growth and character in the process of learning, will be included into report cards.

The High School Administration introduced a new set of values to reflect upon this year: the Approaches to Learning. The ATL grades are based on a student’s attitude towards learning instead of just their academic performance. While I have heard some people express excitement over having a nuanced way for teachers to assess students, many people, including myself, have taken issue with the new system.

Firstly, most teachers assign a basic template reflection, meaning that students will fill out what essentially are the same questions for each of their different classes. A student’s resilience, for example, is not likely to change very much over different classes, thus will not require more than one reflection. Instead of being a valuable reflection on learning, ATL reflections usually end up being filled out as if they are forms, repetitively, and mindlessly.

This issue is emphasized for Grade 9 students, as this is not the first year that they have been required to complete quarterly ATL reflections, but the third year of completing these tedious and repetitive forms. Two years, four quarters in a year, and likely about 6 or 7 classes in which one would have to complete a reflection means that a Grace 9  student who has been at ASL for at least three years would have completed about 56 ATL reflections in Middle School alone, with likely about 6 more completed this year.

Instead of the constant reflections, I would propose, at most, one reflection – per quarter. This way, students don’t have to spend time writing and repeating the same process for each class.

On another note, the ATLs themselves are the same throughout the Middle School and High School. Though it makes sense that one would want students to have the same fundamental values when they are young children as when they are adolescents, it doesn’t make sense to have the same examples of application for 10-year olds as 14-18-year-olds. It seems like it would be worrying if students weren’t meeting some of the standards set, whereas now, being able to work well with others is treated as an accomplishment.

Some phrases included to describe individual ATLs are also incredibly vague and far too general. They do not give any indication of what is expected of them. Not only are they often immeasurable, but also highly subjective to each teacher. For instance, one teacher may define “acting with compassion” as helping others who are struggling, and another may define it as simply being kind to someone who is struggling, but not necessarily helping them unless instructed to do so.

Though the system of reflections is vague, tedious, often not genuine, and patronizing, the idea behind the Approaches to Learning is well-meaning.  They are supposed to help paint a complete picture of a student, taking into account both their grades and conduct in class. How they are applied, however, is what’s flawed.

The values need to be more specific and more applicable to High School students. For example, “works hard,” could be replaced with “completes all assigned work to the best of their ability.” Also, combining the Approaches to Learning, the Portrait of a Learner, and the Core Values would give students a more complete picture of what is expected of them.

Additionally, the end of the quarter (when ATL reflections are assigned) is often when students have the most tests, papers, or other projects due.

For most students, studying or spending more time refining projects is more useful and helpful for their learning than writing extensive reflections, which often end up being tedious and repetitive.

Also, ATL reflections often take up class time. Usually, the time when teachers assign these reflections in class is the same time that they would regularly use to have guided review classes, something that is extremely helpful for many students.

They also often take away time at the end of quarters and semesters, which would be much more useful if used to review and study for the many upcoming assessments. At the end of the first quarter, students often filled out at least one ATL reflection a day. I recall having filled out three in one day, just before this past parent-teacher conferences. I remember that not only were these reflections my classwork, but they were also my homework.

The school must reform how the Approaches to Learning assessment is given. It is well-intentioned but poorly executed. The latter needs to change.