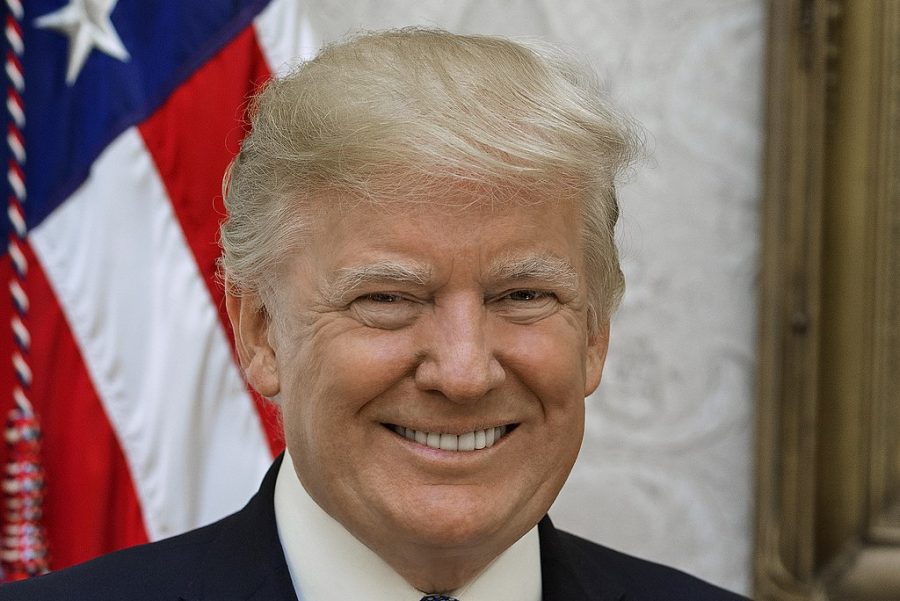 President Donald Trump has been under investigation because of a whistleblower complaint and could face impeachment.

On Oct. 31, the House of Representatives began a formal impeachment inquiry after it was revealed that President Donald Trump conversed with Ukraine to investigate Democratic presidential candidate Joe Biden and his son, Hunter Biden. The probe centers around a telephone call Trump had with Ukrainian President Volodymyr Zelensky.

A successful impeachment would make Trump’s plan for re-election much more difficult. If he is impeached, many of his supporters will be scrambling to choose the next favorable Republican candidate, which could have surprising impacts on the election. On the other hand, this impeachment would give the democratic party an immense advantage for winning the 2020 elections and change the U.S. for the better.

If Ukraine did interfere with the elections, could one even say Trump should and can be president? The answer is no. These testimonies claiming what Trump has done also make one wonder if he would or has interfered with past elections. This action may not have been unlikely due to the new knowledge that has been released.

Trump should be impeached for the abuse of his political power because if action is not taken, Trump’s misconduct undermines the idea of a fair and just political system. If corruption is allowed in our government and not strongly condemned, then it opens the door for further misuse of power and leads us away from the democracy created by our Founding Fathers.

Tim Morrison, a Europe and Russian National Security Council adviser, had the authority to listen to the call. The transcript recorded by Tim Morrison, along with the written threats pushing for the silence of a pentagon official concerning her testimony of Trump’s actions, will make him an easy target for impeachment.

Another witness Laura Cooper, an official who oversaw the Ukraine related U.S. policy, has testified that Trump, along with other officials and attorneys, also pressured Ukraine to interfere with the 2020 elections. Cooper reports that she received a letter from the number two pentagon official to keep silent about the incident, but she refused.

The letter read, “This letter informs you and Ms. Cooper of the Administration – wide direction that Executive Branch personnel cannot participate in impeachment inquiry under these circumstances Tab C. In the event that the Committees issue a subpoena to compel Ms. Cooper’ s appearance, you should be aware that the Supreme Court has held, in United States v . Rumely, 345 U .S. 41 (1953) that a person cannot be sanctioned for refusing to comply with a congressional subpoena unauthorized by House Rule or Resolution.”  After the impeachment inquiry was passed, witnesses and testimonies continue to attack Trump(which they should) based on the two major incidents that are continually brought up. These incidents were first, pressuring Ukraine into investigating Trump’s 2020 election rivals, the Bidens. Second, Trump attempting to persuade Ukraine into interfering with the 2020 elections. Both of these incidents constitute abuse of Trump’s political position.

If we do not impeach Trump, we are poisoning the well for future generations because the standard of what is acceptable behavior for politicians will have changed.

Some Republicans may say that this impeachment is a last-ditch effort by the democrats to get rid of Trump, but if these claims are valid, which they are, shouldn’t everyone feel that there must be a punishment for the wrongdoings President Trump?

Can we allow the government to stand idly and turn a blind eye to bald-face corruption? The impeachment of Trump, if it is carried out, will send a message loud and clear to the nation and the world that the U.S.will not tolerate the abuse of presidential power.

The impeachment inquiry opens the gates to so much information and testimonies centered around the unconstitutional actions of Trump and a few other officials. This information when proven true (which the transcript and the letter both are), should lead to an impeachment of Trump. If the information testified is not acted upon, the U.S. would be showing weakness and a lack of enforcement of constitutional values.