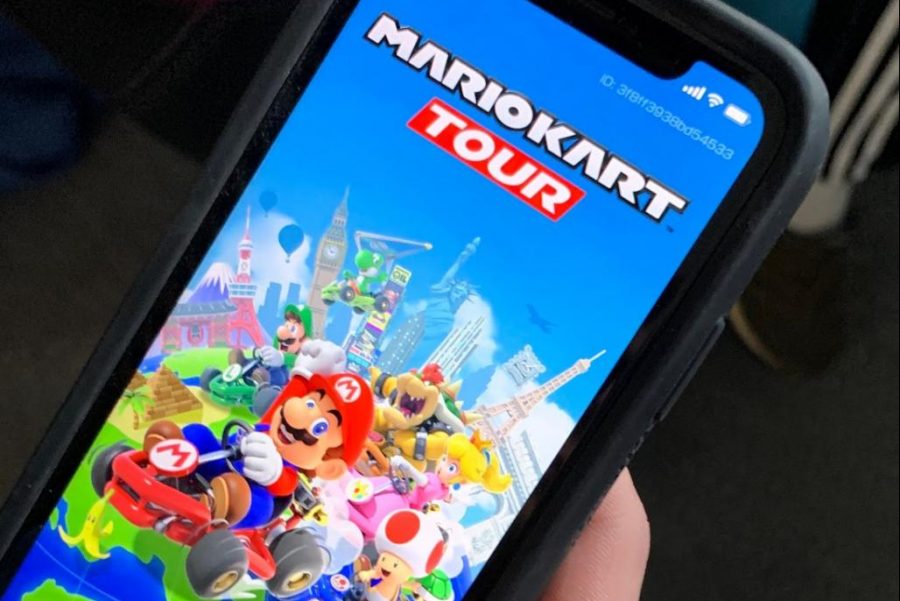 The new app version Mario Kart has taken the High School by storm. Many students place the game which replicates the classic Wii game of Super Mario Kart.

The Mario Kart Tour app by Nintendo dropped Sept. 25, enabling all gamers to use the traditional game on their phones. Super Mario Kart was launched in 1992 on the Super Nintendo Entertainment System and has been an international and commercial success ever since. Mario Kart has had many versions in the past 20 years, each version tailored to either the Wii or the Nintendo, but until this September, there has never been a Mario Kart app.

The game was originally scheduled to be available on smartphones by the end of March 2019, however, the release was pushed to late September to “improve the quality of the app and to expand the service content after delivery,” according to a BBC article from January 2019.  After months of the game being out, many members of the student body, including Bora Erinc (’22) have enjoyed playing and have had different opinions on the game. Erinc said that the app was fun because it was convenient and easy to use.

“The phone version makes the game more accessible, I can play on the tube, during school, and pretty much anywhere I want,” he said.

However, others, such as Meghan Lang (’22), said that the app takes away from the traditional way Mario Kart was played.

“Mario Kart just does not feel right on the phone,” Lang said.

By introducing the Mario Kart mobile app, many new updates and features were enabled that attracted Mario Kart gamers. A new feature that was introduced to the game was the decision of playing either simple or drift mode. Lulu Linkas (’21) enjoys playing drift mode, and overall enjoys the app version as it is easier to play than the original.

“Honestly I was so bad at the Wii version and the app version is a lot easier,” she said. “It makes me feel so good about myself, playing the app version because it is against bots and you also can’t fall off the track easily.”

Ethan Snizek (’20) said that the simple mode feature is a great new addition to the app and allows players to enjoy the fun of the game.

“I like simple mode because I am a simple guy,” Snizek said.