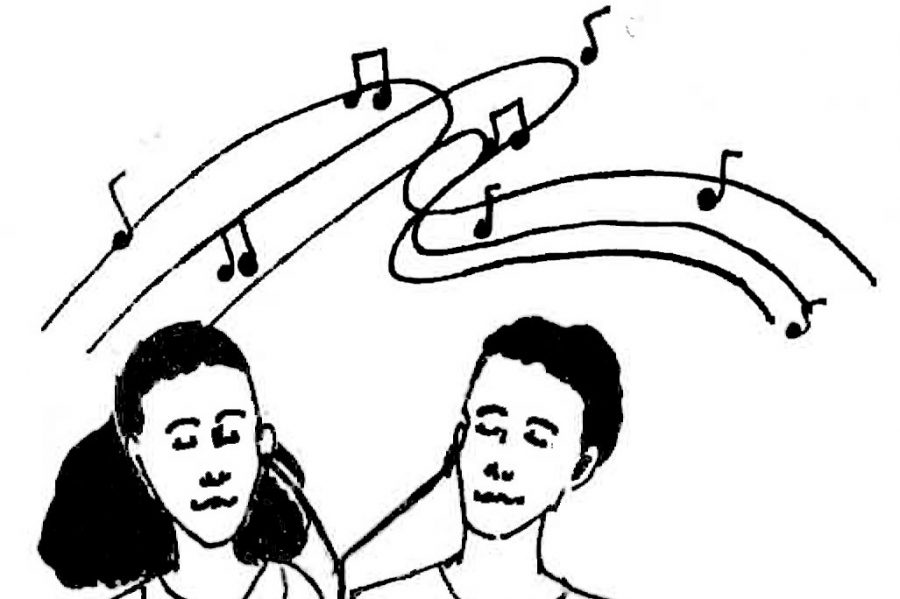 Human differences are natural and guaranteed. It's essential to accept them and appreciate them in order to find genuine connection.

On my plane ride home from Washington D.C. after attending a journalism convention, I initially considered doing some homework, but instead, chose to watch a new movie about Aretha Franklin.

The film’s name, “Amazing Grace,” stems from Franklin’s gospel album. She recorded it all live, while accompanied by the Southern California Community Choir.

However, it’s quite untraditional in its cinematography, as it does not have a real narrative structure: it simply shows the two nights of live recording for her album.

Naturally, as soon as I heard Franklin’s generational talent, I fell asleep and woke up two hours later to a screen with the words “Directed by Sydney Pollack and Alan Elliott.”

I was disappointed to miss the movie, but needless to say, it provided a soothing soundtrack to what ended being a blissful two-hour nap.

About a week and a half later, I went out to my backyard to practice soccer by myself, something which is a common occurrence in the aftermath of the season’s conclusion.

Consistent with my usual routine, I went to start playing my music but, for whatever reason, my “outside” playlist,  a collection of upbeat, intense songs, wasn’t very appetizing. I continued to scroll through my library of tracks and saw some Aretha Franklin. I was intrigued.

Looking through the available Aretha Franklin music, I realized that the Amazing Grace album, which is what the movie showcases, was on Apple Music. I decided to listen to it while I did my drills.

At first, I was skeptical and thought I would revert back to my normal choice of music. But, 20 minutes later, I found myself dancing in a very awkward, unrhythmic way with a soccer ball about 8 inches in front of my foot, seemingly distracted from whatever I was doing.

I kept listening and throwing in dance moves here and there, and while I was having a sporadic boogie, I suddenly thought to myself, “Here I am, a white, Jewish kid, listening to ‘What a friend we have in Jesus’ recorded by black musicians with an all-black audience listening.”

At that point, I lost a little groove in my step. I halted some of the previously unrefined moves. I wasn’t able to dance. It wasn’t my place. I could no longer feel the same sense of connection to the music.

Though I kept listening to the rest of the album, I still didn’t appreciate the music as much as I had previously.

Music translates emotions, but I felt like I was unable to experience these feelings because of my inherent disconnect with both the faith and community on which this performance was based. It felt like more of a movie rather than an experience.

In these scenarios, I can only hear from others and try to appreciate their culture, rather than truly connect with them.

But, there is power in appreciation. I still thoroughly enjoyed listening to the gospel music, and I felt like I could enjoy the power of the talent and the message of the music. Franklin’s genius and soothing nature of her singing was able to still make listening to the album a satisfying experience.

Living in London, in such a diverse city, we’re constantly met with cultural barriers that restrict connection. Many of the people we meet and see are significantly different from us in terms of their racial backgrounds, the languages they speak at home, the religion they observe, how they spend their weekends or in ways that we don’t even know.

However, differences should not define these relationships.

Instead, we must acknowledge them, and then, we must appreciate what we don’t have in common with others, to find connection and develop empathy. Cultural differences are too common to be used as an excuse for ingenuine conversation or failed attempts at friendships.

And, just like Franklin sang in the album, “You’ll Never Walk Alone.”