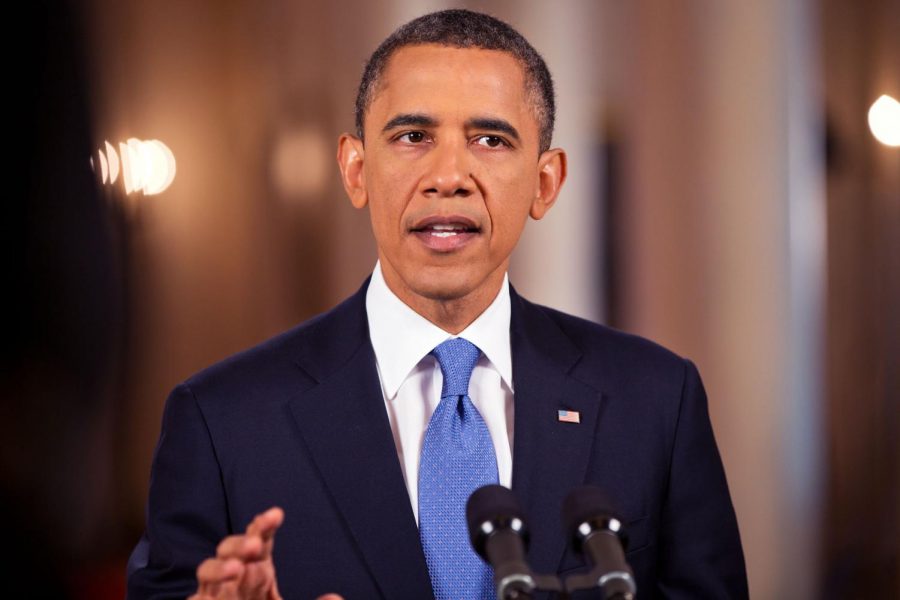 Obama spoke in an interview with Yara Shadidi about the current issues with today's "call out culture."

In the past year, according to Pew Research Center, roughly 34% of American adults claimed to connect with individuals on social media who share similar views on a particular issue. These days, social media can be an excellent platform for sharing opinions and speaking out. Roughly 53% of Americans use social media as a means of political activism. This includes encouraging others to act on issues, posting a photo cause, or shared or used a hashtag in support of a cause, mainly of which are political.

While this utilization of media can be beneficial towards indicting change, this can evolve into hypercriticism and over-analyzation of specific issues and statements made by fellow users. Social media is slowly becoming the facilitator of a toxic environment, in which people are berated for the slightest of mishaps, when, within the scope of their impact, have little to no importance. Former United States President Barack Obama spoke about youth activism with actress Yara Shadidi.

During this interview, he contradicted the young activists and progressive politicians who are using social media to continually call-out and criticize individuals for their views and underscored the problematic nature of criticism on social media. “That’s not activism. That’s not bringing about change. If all you’re doing is casting stones, you’re probably not going to get that far,” he said.

He challenged this trend, emphasizing that hypercriticism is a significant problem in politics, and only furthers the divide between opposing sides. His ideas, ironically enough, received criticism from many on the left, but received praise from those across the political spectrum, including Democratic presidential candidate, Andrew Yang.

Obama’s statements run consistent with a “New York Times” article, which suggested that call-out culture has been on the rise with social media users, saying that,  “It’s a way to take away someone’s power and call-out the individual for being problematic in a situation.”

The fact is, that call-out culture and hypercriticism, and by extension, the platforms which allow for their perpetuation, restrict our ability to inspire change. The objection has scared many social media users out of sharing their opinions. It creates an environment in which people are hesitant to express their views, as they will likely be met with criticism, which, in most cases, are riddled with red herrings. A red herring, by definition, is a logical fallacy that leads the reader away from the main point. This is mirrored through social media as the criticism strays the reader away from the point of the post. Obama addressed this issue and challenged young activists who viewed call-out culture as a utilization of activism.

“I do get a sense sometimes now among certain young people, and this is accelerated by social media, there is this sense sometimes of: ‘The way of me making change is to be as judgmental as possible about other people,’” he said, “and that’s enough.”

Also, political discussion and debate is now primarily made up of these types of petty discourse. Politicians can use political correctness and call-out culture against their opponents once again, creating an environment of fear.

The opportunity social media provides for one to share their opinion has been hijacked by those claiming to be activists, and care about change. In reality, some cannot understand nuance and viewing people and situations as anything other than either being right or wrong.

Those who are culprits of this must understand that to implicate change, we have to be accepting of individuals’ thoughts. The only way to move forward and indict change is not to base the validity of a statement on whether it meets a person’s expectations of correctness. Even though we should call out others on wrongdoing, we should keep our conflicting opinions to ourself’s when others are standing up for a cause. In the end, our interpretations and judgments do not determine the value of other’s ideas and thoughts.