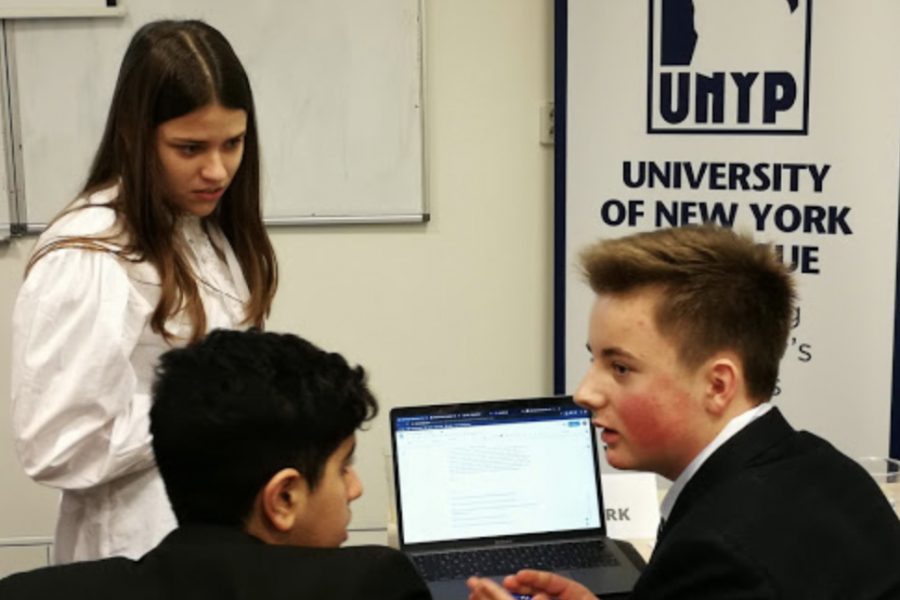 The Model United Nations (MUN) team traveled to Prague, Czech Republic Jan. 23-26 for the fourth International Conference at the University of New York in Prague.

To prepare for the conference, MUN participants wrote opening speeches, conducted research on their assigned country and topic and participated in practice debates.

Dylan Linton (‘23), MUN member, participated in what was his first conference.

“The trip proved to be a great cultural experience and allowed me to collaborate with people from all over the world, including places like Palestine, Russia, and Romania.”

The participants not only took part in the conference, but also spent some of their time exploring the city of Prague.

“We ate out every night at local restaurants and spent time after committee sessions exploring the sights of the old town,” Linton said. “My favorite highlights of the trip were definitely seeing the astronomical clock in the main square, as well as walking across the historic Charles Bridge.”

Participants worked with other delegates to solve the topics debated during the sessions.

“I learned some very useful skills regarding negotiation and diplomacy, which I believe can be implemented in everyday life. During sessions, my fellow delegates and I worked hard to compromise on a resolution that incorporated all of our nations’ ideas,” Linton said.