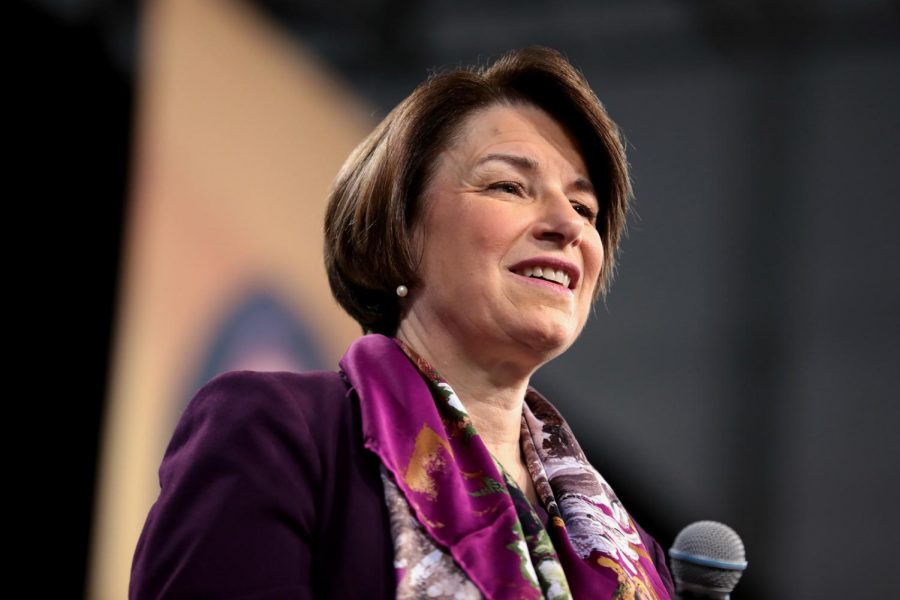 Seven Democratic candidates for President faced off at the eighth debate in New Hampshire just days after the Iowa caucus concluded. Though the debate was mostly unremarkable, and was overshadowed by President Trump’s Senate acquittal and the electoral chaos in Iowa, there were some exchanges that were noteworthy.

Senator Amy Klobuchar (D-MN) probably had the best debate of her candidacy, with her attacks on progressive rival Senator Bernie Sanders (I-VT) serving to highlight chinks in the new democratic front-runners platform. Klobuchar also attempted to differentiate herself from mayor Pete Buttigieg (D-IN), another moderate, to which her policy positions are closely aligned.

Her responses to the moderator questions appeared confident and thorough, and always contrast the merits of her candidacy to democratic rivals, as well as to President Trump. The latter of the two choices is a more recent development, as she has increasingly tried to position herself as the most electable candidate in a hypothetical general election battle with Trump. This will likely attract the attention of Democratic voters concerned about the incumbent’s reelection in November, but have become uneasy with former the viability of Vice President Joe Biden, whose campaign is tied to his electability case.

Biden’s performance didn’t quell any of those growing nerves, who often wallowed in the same mannerisms the media has criticized throughout the campaign. Though Biden was considerably more animated and alert compared to past debate performances, his message remained unclear, while Klobuchar was clearly a superior advocate for the moderate wing of the party. His poor debate skills highlighted that, while Biden’s background makes him a strong candidate on paper, he lacks the ability to appeal to voters which is crucial in smaller-state contests.

Warren, meanwhile, was a surprising nonfactor in the debate. Though she performed admirably in Iowa, beating her poll numbers and earning third place, she was absent during most of the debate’s notable exchanges. This demonstrated the decreased attention given to her candidacies by both the media and voters, foreshadowing her disappointing fourth place finish in New Hampshire. Her inability to regain the momentum she boasted in autumn 2019 indicates that she is unlikely to perform well in the upcoming primaries, and, without a drastic shift in her strategy, her campaign will be functionally dead in a matter of weeks.

Beyond boosting Klobuchar’s candidacy days before the New Hampshire primary, which was a key factor in her unexpected success there, the debate did little to affect the state of the race. It did, however, show the abrupt changes in the dynamics of the race: with Buttigieg and Klobuchar on the rise, Warren and Biden have lost the prestige that they held earlier in the election cycle. This poor timing may serve to bring both of their campaigns to an end, a poignant failure for two of the Democratic Party’s most high-profile politicians.